In the new Microsoft Intune on Azure administration console, there is a new “Discovered apps” node available for each MDM enrolled device. 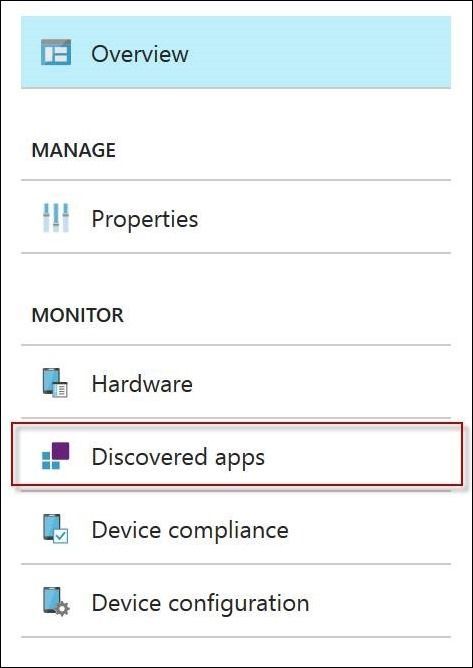 There’s been some recent confusion around what we should expect to see in here.

The list of apps displayed here are only reflective of those apps installed at the last inventory scan. Please be aware that inventory is run every 7 days for mobile devices, so the Discovered apps list could potentially be up to seven days out of date.

Also note that for macOS and Windows devices, there is no concept of Corp vs Personal apps. For both platforms all apps will be returned.

This blurb "For devices with Device Ownership marked as Corporate this will be all apps installed on the device" appears to be incorrect.

I have two devices registered as corporate in Intune: Joined 8, and 15 days ago.

For the device Joined;marked corporate 8 days ago - Discovered Apps is not picking up the installations of: anything shown in Programs and Features / Uninstall or change a program. (Adobe Flash, Carbon Black, Webex, CrowdStrike, Foxit, Chrome, Office 2016 pro+, etc.....).

For the device joined/marked a corporate >15 days ago, Intune | Discovered apps is also not showing an accurate representation of applications installed. (It shows office, but the version that was on the computer from the factory - which was uninstalled, not 2016 Pro + 16.0.4266.1001, instead showing version 16051.12130.20390.0) & does not show Chrome, or the other applications installed (Largely the same as above).  It does show CannonicalGroupLimited.UbuntuonWindows (Downloaded from the MS app store, after the Intune join).  But not other "pre Intune join" applications.

Our organization is planning on using the Discovered Apps to get inventory on currently unmanaged workstations; using it to push updated versions of LOB applications, however if they don't get picked up - this is problematic.

Hi @am2o1, thanks for your feedback.

The number of discovered apps may not match the app install status count. Possibilities for inconsistencies include:

If you're still experiencing this issue, could you private message us with some additional details for us to review? Thanks!

I came across this when trying to seek discussion on Discovered Apps and why it shows such a patchy view of what's installed.

The conclusion I've come to (unless anyone can correct me) is that this functionality just doesn't work properly. Would anyone disagree?

Hi @mattwhiting, thanks for the comment! We've heard of inconsistencies in reporting of Discovered apps and are currently architecting a new data pipeline that will create a more efficient data flow and expect to complete the work by early next calendar year. Have a look at our Support Tip: Inconsistencies in reporting of Discovered apps blog to learn more.