Turn on suggestions
Auto-suggest helps you quickly narrow down your search results by suggesting possible matches as you type.
Showing results for
Show  only  | Search instead for
Did you mean:
How to achieve a feature similar to single logon for multiple web applications using Basic authentic
By 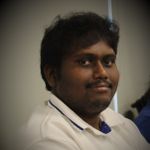 Here is something which I recently figured out. This may be very simple to many but thought of sharing it for a wider audience.

Had Windows integrated authentication been supported we could have gone ahead with Kerberos but now that is out of picture.

This is what I figured out. If a user is authenticated using basic authentication, an Authorization header is passed (after user enters the credentials and is authenticated) to the server as part of the request header. Now this header will remain the same for a combination of username and password. Web server recognizes the future requests for the same user using the same header.

To avoid getting into such issues you can modify your code in the 1st web app such that it also appends the Authorization header (which it gets during the first basic authentication done by the 1st server) along with the new http request to the 2nd web app (now all this assuming the user is allowed to access both the websites on both the servers).

Here is code snippet on the 1st web app which calls the 2nd web app internally.

Here is the error thrown on the browser:

Now try adding the following lines and browse to the page in web app1. You should be able to access the web app2 without any issues.

Do remember to add resp.close() and reader.close() in the above code section at the end.

If IIS is configured for basic authentication only it will look for Basic Authorization header before serving the request.