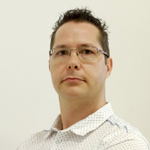 This post by Microsoft MVP Nicolas Blank is in conjunction with the Uptake Podcast episode in Johannesburg.

Something about community is the feeling of belonging and knowing there are other people similar to you, who not only enjoy the same things, but also share the same passions.

Most of us who work in IT in some capacity know what it’s like to be misunderstood in some way – “Can you fix my computer?” is often asked of someone who writes in C#, designs forms in SharePoint or consults in cloud-focused change management. This misunderstanding is a clue to  how the rest of the world sees what we do, often perceived of as a black box. The black box often just works and when it doesn’t the consequences can be compelling.

In my personal capacity, I run a consulting company that focuses on implementing solutions or solving problems using two of the three Microsoft Clouds, specifically Azure and Office 365. When I sit next to people on a plane and am asked “What do you do?” by my fellow passengers, I often start the conversation by qualifying what they know about what I do, or I pre-face the conversation with “I’m a professional Nerd” or “I’m a consultant”,then try to explain cloud and the use case, and then finally  explain at the end that I’m not a programmer. To this day neither my teenage children, nor most of the adult members of my family truly understand what I do when I consult, or the knowledge domains that my day spans.

Microsoft has created community using a number of vehicles –one of them being  the Most Valued Professional (MVP) program. The first time I was recognized as an MVP I was shocked, and honestly, every year that I’ve been re-awarded I’ve had the same impostor syndrome response - that one day they’ll see that I’m just... me.

MVPs have the privilege of attending the MVP summit, which exposes MVPs to the product group of their respective award categories  and also allows them to cross-pollinate with other groups.

Originally an email guy, I was able to cross-pollinate with product groups from Exchange, Identity, Security, Networking, Documentation and so many more. The defining moment came during my very first MVP summit.

It was a bumper year with around 2,500 attendees. We had breakfast in a shared hall and I remember the moment of clarity I had when I stared across the hall and saw 2,500 people just like me.

I met people who were heroes of mine, who had been names next to articles or featured on video or on stage. Yet now I was in the same room as them. Honestly most were so approachable and down to earth, it was short of ridiculous. After all, to them, they were just being themselves as well. Turns out, that being just me isn’t such a bad thing.

Historically, it’s been very difficult to build something that meets everyone’s needs. Having seen a bunch of things come and go in our industry in terms of our industry’s attempts to create community, it’s easy to see we all have a need to belong or share in something common. What I have found reflected in the Microsoft Tech Community is that everyone has the chance to not only contribute, but also be celebrated for their efforts. MVPs are often relatively public in terms of how they contribute.  The very nature of the award program and the activities MVPs  are awarded for  such as blogs, videos, speaking, etc., are publicly focused.

Tech Community is not only a community of technical people, it’s also a community of people who are technical. That nuance makes a significant difference. “Technical” here isn’t limited to a product or technology. It can include disciplines like change management and others which are often technology agnostic, but still technical. Tech Community gives us a place and permission to be passionate about the things that are inside the black box that the rest of the world uses, but doesn’t necessarily want to understand. It gives us a place to learn, share about what works and what doesn’t, and ways we can  help each other.

Over the last few months of lurking – of which I’m not afraid to admit – yes, I’m a Tech Community lurker – one of the things I’ve enjoyed the most was Anna Chu calling someone out, on the front page no less, for their contribution within the community. A complete stranger. Not an MVP. By helping others, a community member was noticed and recognized.

That’s when I thought that this community is working— it wasn’t just a few people doing all of the work, while the rest of the world watched. It was a community member finding an outlet for their passion and choosing to help others through the platform.

Often as technical folks we need to lurk for a while, before we realize the water is warm and it’s safe to swim. In my mind, this is where we are now. Tech Community has been around long enough that you either know it’s safe, or you won’t think so. What’s my point? Clearly the reason why you’re reading this or browsing the  Tech Community, is that you have a reason to do so, which is linked to a passion that someone else shares. Within this platform, we have permission to share our passions for which we can be misunderstood outside of “the black box” with people who want to be helped and often just want a place to interact. My message to the lurker is that the water is warm and  it’s a safe place to swim.

What I’ve realized about sharing and looking at my own search patterns, is that everything is worth sharing. There’s no such thing as a contribution that is too small. Every contribution is important. Dive in – the water is warm, engage with Tech Community, find your voice, and enjoy the company of those that share your  passion  for technology. 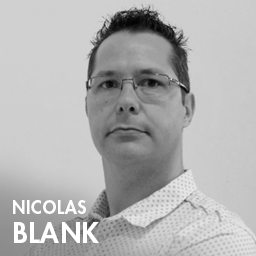