[Guest Blog] Voices of Tech Students: The Speech Only my Professor Got to Hear 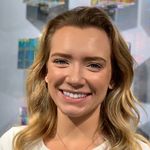 [Guest Blog] Voices of Tech Students: The Speech Only my Professor Got to Hear

Each person experiences the same thing in a different way. For me, I usually don’t realize how much an experience has impacted me until much later.

In 2018 and 2019, I participated in Microsoft Ignite as a Diversity & Tech Student Ambassador (as it was known back then), and now, a Humans of IT Student Ambassador. Both years were a lot of fun with many opportunities to learn new things, connect with other like-minded people, and be presented with opportunities that come with being at a large conference. In September 2018, I even got the opportunity to be interviewed during a livestream and was featured on a podcast - both for the very first time! Many of the sessions I went to I found to be valuable and insightful; however, my initial reflections were still pretty surface-level then. I could identify why the topics being talked about were important and how others related to them, but there were very few that I could personally relate to. When it was still known as the Diversity and Tech track at the time, I recall how there were many speakers, especially women, who were amazingly authentic and vulnerable when recounting experiences in their career where they were mistreated, talked down to, or harassed, and how it impacted them. Back then, I was only halfway through college. I hadn’t experienced anything like that firsthand (yet!) - it was an eye-opener indeed. 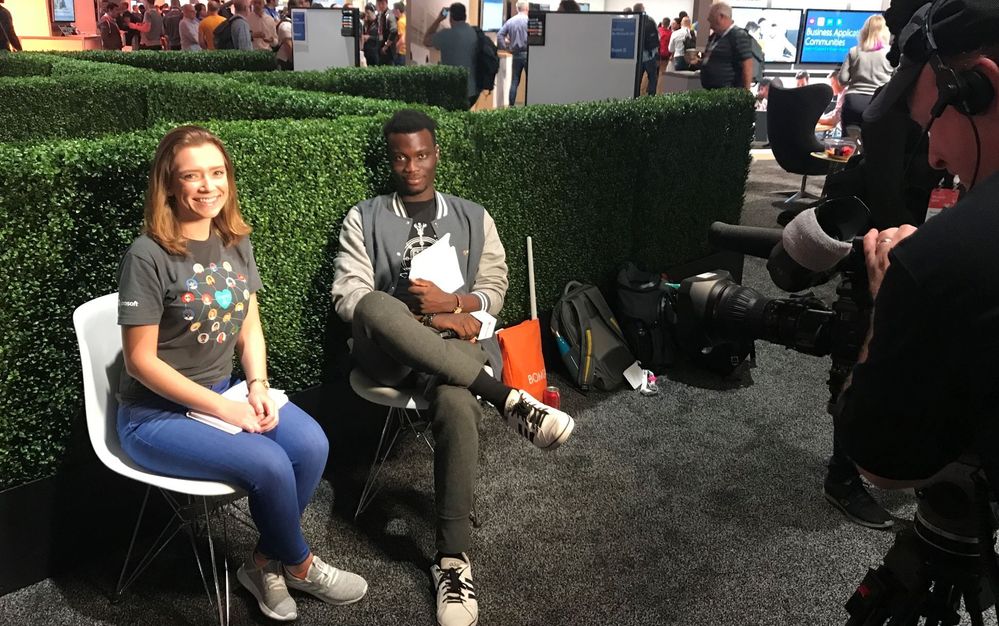 Fast forward several months to spring semester of this year when I took a public speaking course. I enjoyed the class and did much better in it than I thought I would. Our third speech was supposed to be something commemorative - one that celebrates or pays tribute to the subject. I wanted to choose something unique that I felt people could benefit from hearing about.

So I chose to talk about the Microsoft Humans of IT Community. It was pretty simple for me to start my speech outline and introduce the topic. I knew who created it, why it was created, and what the community does. But I still had an important question to answer about why I chose this topic and why it was personally important to me. So I thought, “How has the Humans of IT Community and being at Microsoft Ignite impacted me?" That’s an easy question to answer... or was it?

As it turns out, it wasn’t all that easy, because I realized that I had never actually thought about this in depth before, nor put words on a paper (or fingers to a keyboard, in my case). Until now.

This fall is my last full semester of college before I graduate with my Bachelor’s degree, so when I tried to answer that question to help write my speech, I had a lot to reflect on. My mind went to an experience I had towards the end of 2018 which escalated shortly after Microsoft Ignite ended. During that period I was not having the best time academically, but not in terms of grades. That fall semester I was in a course working on a term-long software project with a group. The group comprised three guys and me. I was excited about the project when the class first started. I took the class online because other time slots didn’t fit with my schedule. We met over Skype and had to submit screen-recorded meetings, one being the final presentation. Our project was a website, and despite them being fully aware of my front-end programming knowledge, to my dismay I discovered that my male project-mates had subtly pushed me out of programming and technical roles, and discounted my experience entirely.

It was a bunch of small stuff that added up. I was supposed to work on the front-end with another member, but while I waited for responses on planning, he had already completed a good chunk of code. My suggestion to use GitHub for source control was not taken, so it was difficult to add to code and understand what was going on. During one meeting we were discussing the database for the website. A team member singled me out specifically and (condescendingly, no less) said, “Elizabeth, if you don’t know how to install MySQL, I can send you a link.” But I already had MySQL installed. I knew how to use MySQL. I even got an “A” on a project using MySQL! He kept on talking and I didn’t say anything. Why didn’t I speak up and SAY something?

My main role for the project ended up being me doing all of the backend research and writing all of the content for the website. During our final presentation recording, I discovered that a team member had added another page to the site as a surprise - an “About Us” page that had an avatar and role description for everyone on the team. Everyone except me. I didn’t say anything, again. I felt like the cartoon dog in that famous meme sitting in a room on fire saying “this is fine”. It felt almost shameful to not say something when I should have.

I had talked to a few people (my mom, friends, mentors) about the project throughout the semester, but I tried convince myself to let it slide. I don't like confrontation and didn’t really want to make a big deal out of it. I didn’t want to accuse anyone of doing anything. I didn’t want it to seem like I was incapable of working with others. But towards the end of the semester I finally acknowledged that it wasn’t okay, and that I needed to speak up. I talked to my professor and he was very understanding and felt terrible that it had happened. I think it also helped that I had done well in previous classes of his, so he knew what I am capable of. But what made all the difference was that he didn’t just feel bad - he actively sought feedback and asked how the class could be improved. The next semester I got an email from him saying that he implemented several new policies for that class, which included reflections for every virtual meeting to ensure everyone had the opportunity to participate equally, and an understanding to bring attention to what students felt was unfair treatment.

I told a close friend about what happened during the final presentation meeting, and before I finished telling the story she could already predict that they didn’t add me to the “About Us” page. We laughed about it because, in a weird way, it was a little funny because of how ridiculous it seemed. Even though I made the decision to talk about it, that situation still affected me more than I realized at that time. In fact, because of that experience I almost convinced myself I shouldn’t be a software developer. Thankfully, I did not give up. So many people have talked about bad experiences in the field, but experiencing it yourself is different. It can start to make it seem like it’s not worth it even if it’s something you’re passionate about. In my mind, I thought that if situations like that are things I may have to face frequently, is it even worth it? The following semester I registered for only Gen Ed classes I still needed to take because I wasn’t positive on what I wanted to do.

Throughout the next several weeks after that I was constantly reminded of my Humans of IT experience (which was still Diversity & Tech at the time). I was reminded on Twitter that you could watch all the recorded sessions on demand  online. A video was released highlighting the community at Microsoft Ignite. A BizBash article was published listing Microsoft Ignite as one of the "Most Innovation Meetings in 2018", specially illustrating why the Diversity and Tech track at Microsoft Ignite was so successful. I was reminded of so many people who experienced similar things and shared their stories, people who allowed themselves to be left out in the past, but didn’t give up and learnt to speak up. I remembered that I was not alone; that I was part of a community.

I was reminded of all the human-centric talks and sessions I knew were important, but couldn’t relate to back then. Now I do.

Over those weeks, I made up my mind to persevere in achieving my dream of becoming a software developer. I'm glad I did, because my story will help encourage other young women technologists like me to press on and not be disheartened by those who try to make us feel like we don't belong in tech. We will pave the way for others to realize that they, too, are amazing humans who have earned their seat at the table, and have valuable skills to offer.

I wrote that story into the outline of my speech and was excited to commemorate the community and tell my full circle story for the first time. Unfortunately, like most other schools in the country, my college campus had to close due to COVID-19, so I didn’t get to give my speech in person. Instead, I had to record a video of me speaking and submit it for my assignment. Only my professor heard my speech. Nonetheless, just speaking it out loud felt good - cathartic, even.

Now all of you out here in the community have read my story as well. I hope this inspires you or someone you know who might be going through the same thing.

To finish my degree I need to complete a capstone course that is another semester-long group project, but I’m somehow no longer dreading it. Thanks to lessons I've learnt from the Humans of IT Community, I’m now much more confident in my technical abilities and my power to speak up - both for myself and others.

Back in March 2020, I told @ShonaBang (who founded the Humans of IT Community) about my commemorative speech idea and she suggested that I write a blog post to document my experience. I had no idea how I would go about writing about a speech, and was also initially a little reluctant to share a story about how I felt mistreated. However, I realized that sometimes the story isn’t about how people mistreated you, but instead reframing that into a battle story about how you grew, what you will not put up with again, and how your story can help someone else.

I think that’s what community is all about: Taking your experiences to empower yourself and helping others do the same. Now go tell your story and help someone do the same.