This blog was written by Windows Development and Internet of Things (IoT) MVP Bryn Lewis. Bryn shares his work with students at an independent girl's school, provides ideas, and seeks input for getting students to embrace a career in tech.

I have been in the software business for 30+ years building solutions predominately on the Microsoft platform. Over the years I have worked in a variety of areas including healthcare, industrial process control, mobile radio, online gambling, a couple of dotBombs, finance, and the Internet of Things(IoT). In the 2000's I worked for Microsoft Consulting Services(MCS) in Auckland, New Zealand for a couple of years.

These days, to pay the bills, I work on an Azure Platform as a Service(PaaS) based Fintech application for managing portfolios of foreign currency instruments. My "side hustle" is building IoT solutions for customers with the Azure IoT Services. Recently, I have been working on an open source project which provides the "plumbing" for connecting embedded devices over low power wireless technologies like LoRaWAN to the Azure IoT Services.

I am also really interested in how IoT can be used for good in citizen science and education which has been at the core of one of my other projects...

For the last six years I have run weekly sessions for senior students at St Margaret’s College an independent girls’ school in Christchurch, New Zealand.

The sessions are a combination of coding, electronics, and hard materials which I continuously adapt to align with the interests of the students. The sessions compete with the school production, debating, rowing, and other official school activities so there are usually only 4-6 students.

I have always struggled with balancing making it fun/interesting and not too geeky/boring. After quite a bit of “trial and error”, (in the first year it felt like a lot of error) I found the best approach was students building “passion projects” (often with an IoT component) which were a blend of coding, electronics and hard materials.

One student, who was always listening to music on her iPod, built an MP3 player with the music stored on a MicroSD, a 16x2 LCD displaying the current track and time. It had a battery powered real-time clock to keep track of the time and a five button UI (next/previous track, volume up/down and play/pause). 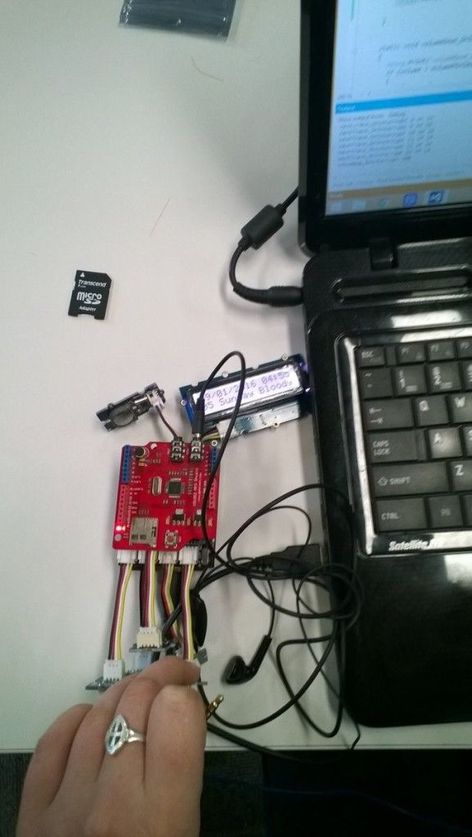 At the end of the term she said, “I’m so pleased it works but so over U2" (I chose the playlist, figured Nine Inch Nails wouldn’t have been appropriate). I was so pleased when she went to Otago University to do a computing degree.

This student’s parents were first responders and her passion project was building something to monitor a patient’s pulse rate and core temperature. We started with an ear-clip sensor which could detect a heartbeat. Then she wrote code to count the individual heartbeats and convert that to beats per minute (BPM). Like a nurse manually taking a patient’s pulse, she started with counting the number of heartbeats in 15 seconds then multiplying by 4 to get the BPM.

There were many revisions where she tried longer and shorter periods, measuring the duration between heartbeats, then different averaging approaches until the solution was quick to get a reading, accurate and responsive. 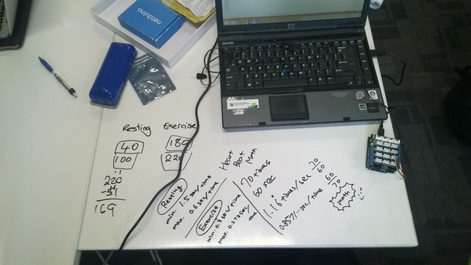 Mathematics went from a chore to something with a practical application.

This is another student working out how to convert X/Y/Z acceleration G values into pitch and yaw. 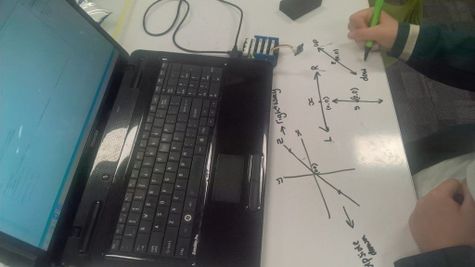 The whiteboard desks are great but do make a mess of the cuffs of white school shirts.

One student had been coming to the after-school sessions for several years. This allowed her to develop her skills to a high enough level to build a quite complex solution. She built a SmartAG sensor for orchards for her final year project. She was awarded a University Scholarship for this project and is off to Otago University to study Information Systems and Law. 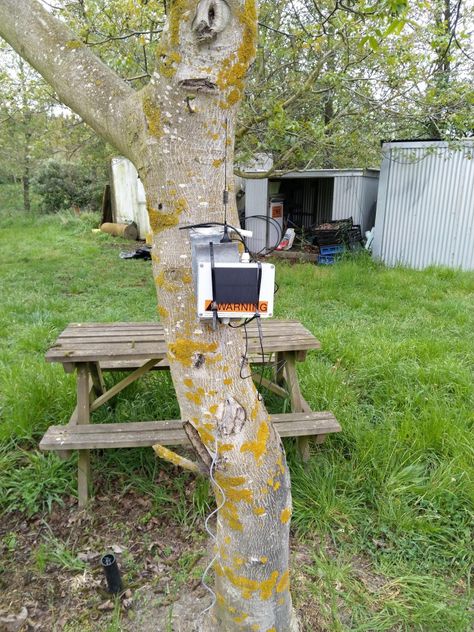 It has a robust weather proof enclosure, solar panel + lithium polymer(LiPo) battery, soil moisture, temperature + humidity sensor and a microcontroller which sends telemetry over a LoRa wireless link to a basestation.

The basestation uploads the sensor data to Azure IoT Central where it can be viewed in a series of dashboards.

It’s not easy but every so often the stars align and a passion project can also result in academic success as well.

Why do I run the classes

When I was at University in the late 80’s there were lots of women in the first year classes but the numbers fell quite rapidly to between 0-5% in my final year. I have now been in the industry for more than thirty years, the gender balance has never been great and in some specialist areas, like embedded development, it is really abysmal.

Walking home one day I happened to listen to this NPR podcast. Which lead me down a rabbit hole…

So why aren't there many women in IT now? 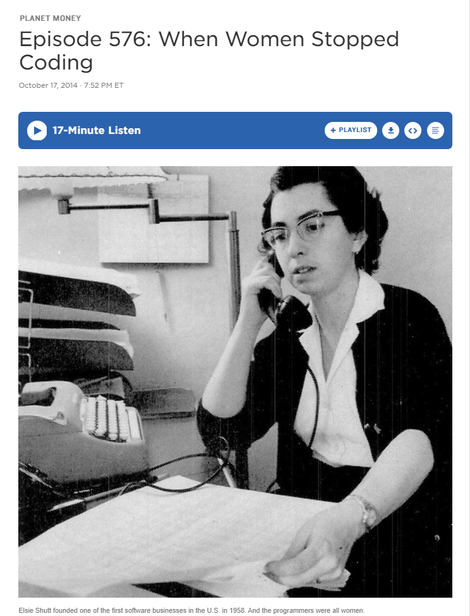 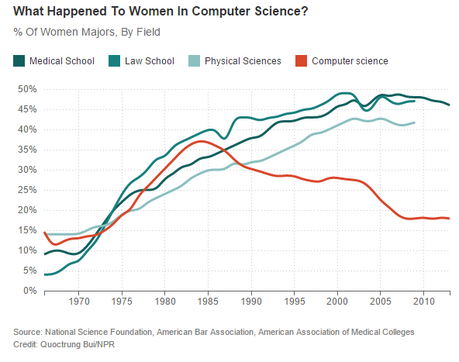 There have been great female role models in tech including:

This is JoAnn H. Morgan at the Houston Mission Control Center 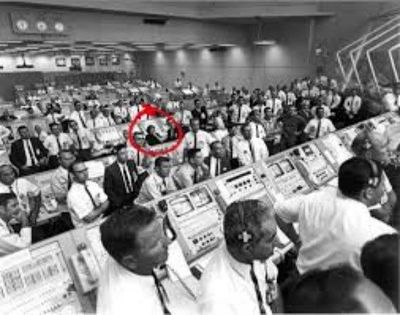 Code: Debugging the Gender Gap explores this issue in depth 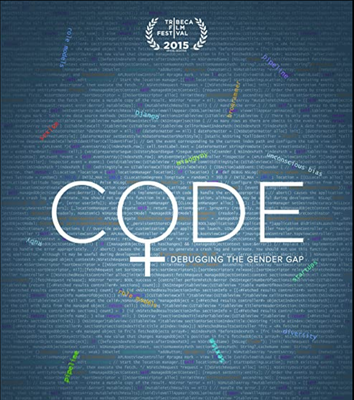 One of the key things identified in podcasts and books was the need for positive role models for female students so I figured a middle-aged (ok mid 50s) balding guy was better than nothing.

One of my favourite books as a child was the Lorax by Dr. Seuss.  So, in the words of the Onceler, "Unless someone like you cares a whole awful lot, nothing is going to get better. It's not."

So, do you care enough to try and make a difference to the gender balance in computing? Then, go find a nearby school, talk to some teachers. Share with them your knowledge and help young women to understand that technology can be fun and interesting, as well as a genuine career path.

Sometimes it can be immensely satisfying and other times disappointing. But in my experience, it’s so worthwhile.