[Guest Blog] My Journey from McDonald's to Microsoft 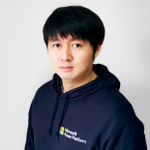 [Guest Blog] My Journey from McDonald's to Microsoft

This blog is written by by Taiki Yoshida, a Microsoft employee who specializes in Power Apps and low-code development. He shares his non-traditional career journey, from an entry-level job at McDonald's to landing his dream job in Microsoft's product engineering team. He hopes to empower individuals to do more through low-code at Microsoft. 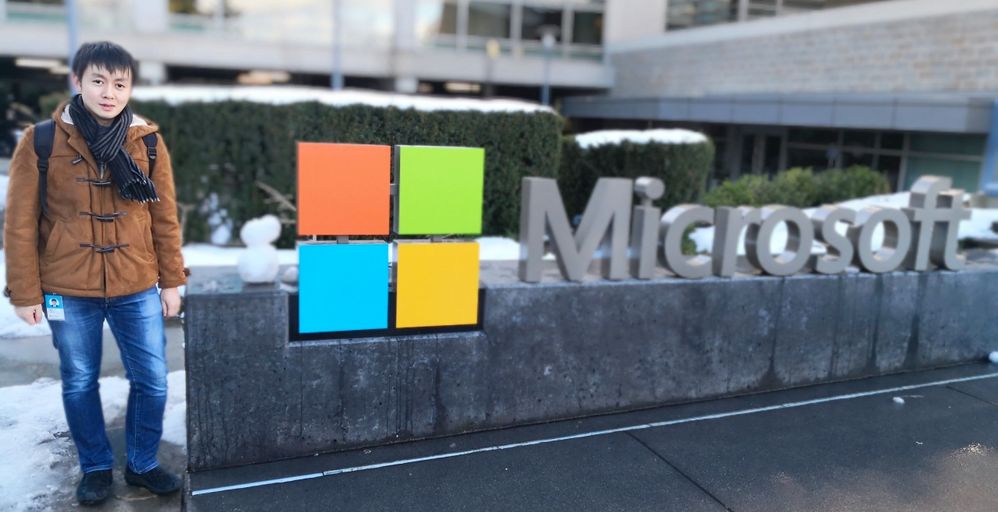 I still remember the day I first touched a computer – a Windows 95 that my mother had setup for work. I was 5 years old but I remember the spark of excitement that was in me. Today, after 25 years, I have that same spark inside me.

I was born and raised in Japan by my mother. As a single parent, she did her best to give me an opportunity to learn. One of which was for me to go to a boarding school in the United Kingdom at 11 years old. I studied hard with a choice of Math, Further Math, and Physics in A-Levels (University entry qualifications in UK), and it was natural for me to apply for a masters degree in computer science. I was given an offer at the University of London and Imperial College London. It was all going well.

After graduating high school in the summer of 2009, my mother fell ill. I could no longer afford to go to university. I had to take care of her and had no choice but to return to Japan, giving up my university offers. Upon arrival back to Japan, I became the single source of income. My mother had debts to pay off and I needed to quickly find a job. There was nothing that I could apply for in IT with no degree or work experience. I couldn't apply for university in Japan as I had not met the Japanese educational requirements since I studied abroad.

After many job offer declines, the only remaining place I could apply was McDonald's. I felt devastated at the time, but now looking back, it was a great experience to have. With people from the most diverse set of backgrounds - High school students, University students, pensioners, moms, dads, this was the first place where I learned about "community". 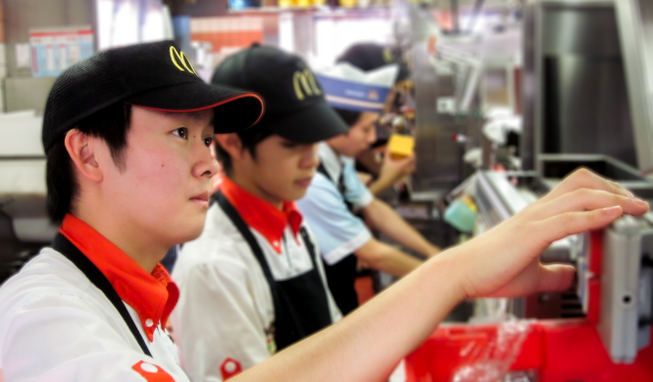 My first IT job

After several months working full-time in McDonald's I ended up a "swing manager" (temp-store manager) but my passion to work in IT remained deep. I continuously applied for jobs in IT. Seven months in, I finally started my IT-career at a mat manufacturing company Kleen-Tex - where they were looking for a temporary IT helpdesk at the Japan subsidiary. Although I had no IT work experience, they gave me a chance. After 3 months, they offered me full-time work. Initially, my work was focused on answering and solving problems from employees, but then came my first big opportunity. The company decided to implement Microsoft Dynamics NAV (an ERP system now known as Dynamics 365 Business Central). As you may have noticed by now, I had no knowledge or experience around that. The only thing I could do was to web search my way through. Being able to experience an ERP implementation was a huge game changer for me. From Finance, Inventory, Sales, Purchase, Logistics, Manufacturing - I got firsthand experience with it all and actually saw it in action at the company. The project eventually expanded to implementing it to a subsidiary in Thailand where I acted as a project manager based on the experiences in the Japan subsidiary. 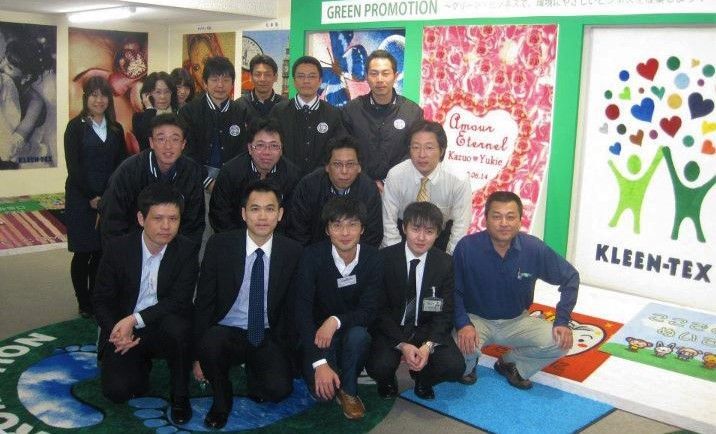 Moving from an End-User to Consulting company

By the time I finished implementing Dynamics NAV, I was 21. I was fully in love with the product and how it had the power to be able to capture and assist all aspects of the business. I wanted to scale this experience. I wanted to do the same as Kleen-Tex, but for more companies. I tried applying to many IT companies but almost all of them declined because I didn't have a university degree with one exception. Ryo - the director from the Microsoft partner, Pacific Business Consulting who had helped me in the first company, reached out to me as he noticed my work and did not have prejudice over my education. Once I joined the team, I was immediately assigned to work as an application consultant, mainly working on global and cross-continent projects as I could speak both English and Japanese. Two years had gone by and with the total of five years in Dynamics NAV, I didn't want to just focus on becoming an ERP specialist, and decided to move on to another partner, Japan Business Systems, where they focused on Dynamics CRM (a.k.a. Dynamics 365). My boss, Masa, was coincidently a Microsoft MVP.

A community newbie to a Microsoft MVP

I didn't really know what a Microsoft MVP was, but Masa shared and introduced me to how great Microsoft communities are. I started visiting the Office 365 User Group, then the Japan Azure User Group, and so on. I was reaching a point where I was going to at least one community event each week to learn about new things! I found it absolutely amazing to know that these user groups and communities were being held for free. Until I knew about the community, I was always alone, searching for knowledge, but in these events, you gain so much more than that. That was when I realized I wanted to present too – I want to output what I learned from others so that I could "Pay it forward." Presenting and writing blog posts also helped me as it allowed me to have a better knowledge and deeper understanding of things. Through the contributions, in 2016, I became a Microsoft MVP for the Business Solutions category. 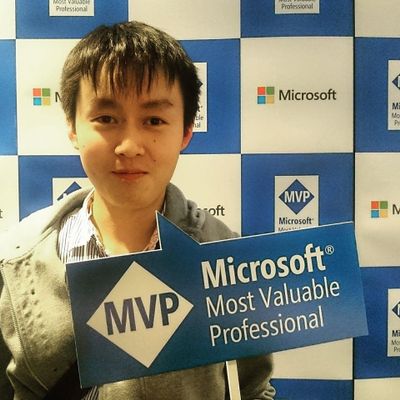 2016 was a very special year. Microsoft MVP was definitely one reason, but the other, was that I was introduced to Power Apps (a low-code/no-code tool for application development). I was given access to a private preview and could immediately see the world it would become. With PowerApps, people no longer had to be pro-developers or an IT guru to build apps. Although I had blog posts about Dynamics 365 and others, I had already fallen in love with this product and it became the most passionate thing on my blog and community events.

After 1 year as an MVP, I was working at EY and in late autumn 2017 a Microsoft recruiter reached out to me via LinkedIn. I remember it very clearly as I picked up the phone and the lady said "I have an interesting role for you, it is a Global Black Belt role for a product you've probably never heard of... It's called PowerApps." I was only just 7 months into the role at EY, but there was no way I was going to let that opportunity go. In fact, I wanted that job so badly, I presented my resume in PowerApps (I still keep a copy of it in my personal Office tenant). 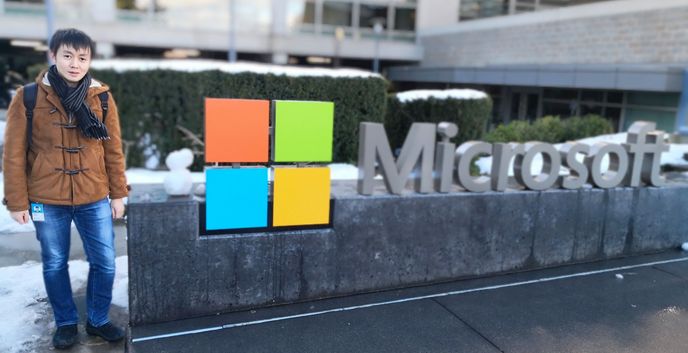 With a big company like Microsoft, I imagined a designated team focusing on Power Apps in Japan, but in reality, I was the first person in Japan hired for this. I had to quickly think of a way I could let people know of Power Apps, but with myself as the only person to do so. In April 2018, I started the Japan Power Apps user group (JPAUG). I felt that the best way to share my passion was through the community. I wanted to create a user group where not just pro-devs and IT admins join, but a group where all you had to believe in was Paying it forward. That was all I asked for. I would spend every day on Twitter and Facebook posts, replying to each and every Japanese tweets. Today, the group has grown to over 1700 users, with great MVPs based not just in Tokyo, but widely spread across all of Japan.

I was a technical a salesperson at the time, but my passion to the product was beyond what was written in the job description and sales targets. I wanted to empower everyone to be able to create apps.

I was naturally in tears when I first saw the story of Samit Saini from London Heathrow at Microsoft Ignite 2018.

Samit's story was just one of many other success stories to follow, and I saw the great stories and experiences that were published from Power Apps Customer Advisory Team (a.k.a. Power CAT) - a small team that is part of the product engineering team focusing on Power Apps, Power Automate and Power Virtual Agents. Working as a Global Black Belt was definitely an awesome experience without a doubt, but I wanted to go beyond just selling the product and see the customers use the product in action—make sure that all of the customers are successful as much as Samit was and to scale the success to others. So I reached out to the manager, Saurabh, to apply for a position in the UK. The team was only a five person team. Unfortunately, having no degree also stopped me from being able to relocate to the UK due to restrictions in visas, but Saurabh was kind enough to open a position for me in Japan (this really doesn't happen often!!) and even support me to explore options to work abroad as that was one of my dreams.

Since then, I have helped customers in Japan, Singapore, Australia, Prague, the Netherlands, Qatar, and the United States, as well as published content through blog posts and Microsoft Docs—allowing me to be able to work on something that I'm truly passionate about 24/7. And now, after nearly two years with this awesome Power CAT team, I will be relocating to Redmond in May 2021 to continue being a Power CAT. I hope to further empower people through low-code with bigger impacts than ever before! 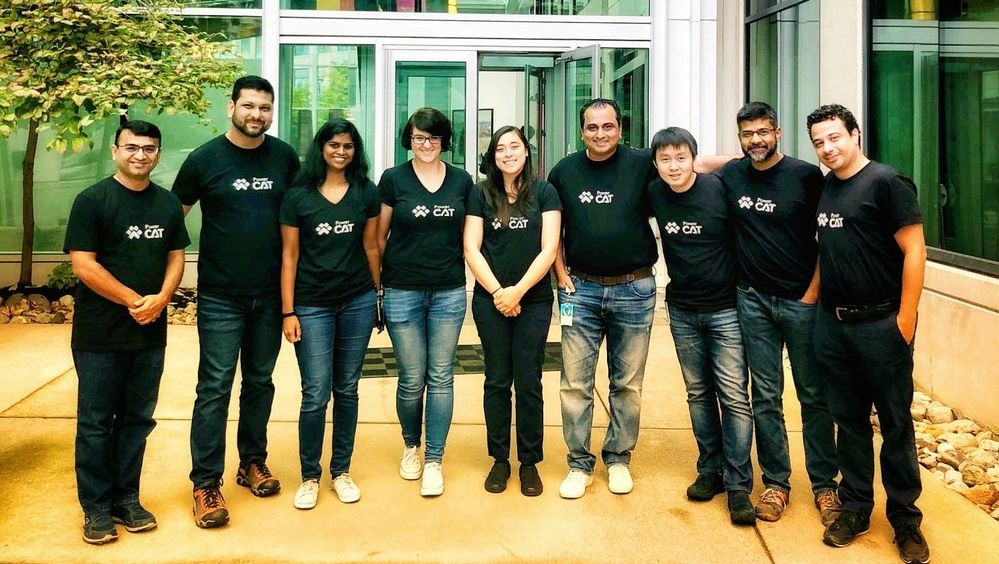 I just would like to send kudos to the awesome MVPs who’ve helped my Power Apps journey - Taichi, Hiro, Ryota, Makoto, Teruchika, Noriko, Jun, Kazuya, Yoshio, Takeshi, Yugo, Ai, Masayuki, Hirofumi and Ryo, my two awesome managers, Marc and Saurabh for supporting my dreams, my wife who has always been fully supportive of my passion, and lastly, to Microsoft for providing me with this opportunity to become who I am today.