This article was written by Emma D'Arcy, a Business Applications MVP based in Philadelphia, Pennsylvania as part of our Humans of IT Guest Blogger series. In this blog post, she discusses her personal journey into the Power Apps world and the challenges she faced along the way.

I remember the day that I arrived home at my parents’ house after having my right hand tattooed with badly misshapen baby blue stars. I remember the day clearly - not because of the act of having been tattooed at such a young age, but because of my dad’s reaction upon making the discovery at dinner that night. “That had better be permanent marker or so help me God." I was 19 years old, I thought I was invincible with no real concept of consequences. My dad wasn’t so much disgusted with the tattoo itself; he was much more concerned for my future employment prospects. Comments like “No one will hire you” and “you’ll never get a real job” were frequently thrown out at the dinner table that night. Words that sat with me for a long time after.

Two years later, I got my first “grown-up” job working for a large corporate bank in Ireland. Dress code was the standard business attire – suit pants and a smart shirt, the exact opposite to what 21-year-old Emma had wanted to wear. Long sleeves were mandatory for me due to the aforementioned blue stars on my right hand. By this time, I had collected several tattoos, but my most distinguishing features were my ears – I had large stretched ears that were immediately noticeable any time I moved my hair. I had always had an affinity for things that were considered different and I certainly stood out from my colleagues much to the disdain of my superiors.

One afternoon on a rare, warm day at the office, I had tied my hair up off my face in an effort to keep cool while working. Moments later, I was tapped on the shoulder and asked for a “quick chat” in a nearby conference room. I was greeted by our HR rep, my manager and the department head. It had come to their attention that I was not abiding by the corporate dress code. I was told that my stretched ears would be measured on a monthly basis to ensure they wouldn’t get any larger during my time employed with the bank. This was the final straw – I was more determined than ever to prove that my appearance ≠ my value. 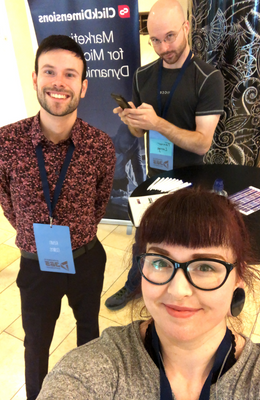 Shortly after this event, I enrolled with the National College of Ireland as a part-time student studying for a BSc in Computing. I would work a full day at the office and then make the long trek from South Dublin to the Docklands four times a week to attend classes. I had always had a passion for technology, having spent many years in my teens shadowing my dad at his office as a web developer. He would often share code snippets with me and have me code in specific hex values for various colors. Studying came naturally to me and I finished my first year at NCI with the highest average grade across the entire college for that year, an achievement I have always been proud of.

During my second year of college, my dad suffered a devastating brain injury that completely changed my life. Working full time whilst studying meant that my finances were already quite strained and I had to drop out of college to assist my family financially. I was heartbroken but now even more determined than ever to chase my dreams. With only one year of college education completed, I began applying for junior level tech positions in search of a chance to prove myself. Shortly after, an opportunity that would introduce me to the world of Microsoft Dynamics and the Microsoft Community came my way.

In August of 2013, I began my career in Business Applications with a large biotechnology company. I was introduced to the world of ERP systems and began working with the AX suite, assisting with implementations across the company’s global network. It was a steep learning curve, but I had an incredible support system that encouraged me and helped me tackle the challenges I encountered. One year later, I was tasked with implementing an internal service desk using Dynamics CRM. This was a completely new system to me, and I was eager to impress the leadership team. After some convincing, my boss sent me on a two-day training session at the Microsoft head offices in Leopardstown, Dublin. I remember walking through those huge glass doors and feeling an incredible energy. There was no air of corporate pretentiousness - not a suit to be seen and for the first time I truly felt at home. I knew this was the right career path for me. 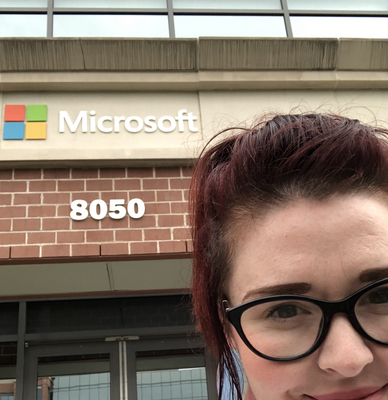 I spent two days absorbing all I could about the customization and configuration of Dynamics CRM. I was hooked and fell in love with how much I could build and automate without the need to implement any code. I knew how much of a positive change this technology would have on my colleagues and I began to see how tech could have an impact on the people around me. I wanted to be part of that change.

In the years that followed, I continued to learn and grow my career alongside the Microsoft Dynamics platform, but it wasn’t until I was introduced to the Power Platform community did I truly blossom. In April of 2018, I attended the Community Summit in Dublin, Ireland. Whilst working at my employer’s booth on the tradeshow floor, I was introduced to a wonderful human named Chris Huntingford who was better known as TattooedCRMGuy. We chatted about Dynamics and discussed a solution for a mutual client before turning to chat about another mutual interest – tattoos. For me, this was the first time I had met a fellow professional who was unapologetically himself and heavily tattooed. He wasn’t hiding his full sleeves and had made a complete community persona around his artwork. He gave me the confidence to be myself and let my work do the talking for me, not my image. Shortly thereafter TattooedCRMGirl was born. 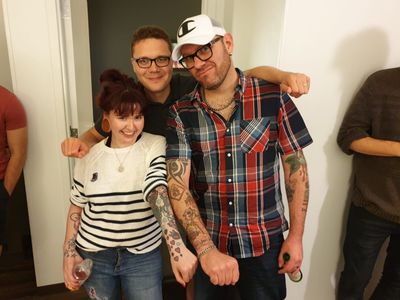 Since then, I have used my distinguishing features as a way of defining my own business brand within the Microsoft community. During work calls I would often tell clients to “look for the girl with the big ears” while at conferences to find me. I have become known across the community for my work which is easily remembered because it was done by “that girl with the tattoos”. My tattoos have no longer become a hinderance to my job, they have become an asset, my calling card. My professional value is no longer limited by what I look like and to those who doubted me before, I can happily proclaim “Look at me now.”:D 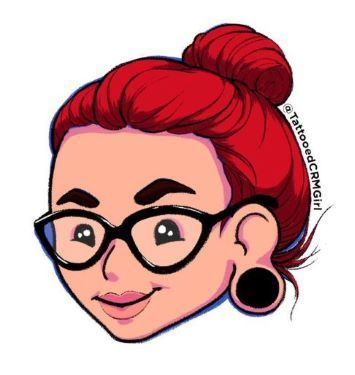 So, to my fellow Humans of IT around the world - I want to encourage you to go out there, and be unapologetically yourself. You BELONG here; don't let anyone else tell you otherwise!