Turn on suggestions
Auto-suggest helps you quickly narrow down your search results by suggesting possible matches as you type.
Showing results for
Show  only  | Search instead for
Did you mean:
[Guest Blog] Hypotheses and High Hopes: How 'empower everyone' can really mean everyone
By

[Guest Blog] Hypotheses and High Hopes: How 'empower everyone' can really mean everyone

This blog was written by MVP, Paul Culmsee. Paul explains how he came to guide many non IT people into Power Platform experts, and what he has learnt along the way. Paul has a proven track record of developing world-class Power Platform talent through mentorship.

My name is Paul Culmsee and I run a consultancy called Seven Sigma in Perth, Western Australia.

I’m starting my story at the time when a startup that I had poured my heart, soul (and cash) into failed. Why it failed doesn’t actually matter, but amongst the pain felt at the time came the learning of some lessons. One in particular that really rearranged my mental molecules was finally understanding what it means to formulate a hypothesis, test it as quick as you can to see if you are right, and adjust if you are not. This principle has served me very well ever since, and as you will see has delivered some awesome outcomes that we never could have predicted.

So as you read my story, see if you can spot all my hypotheses, and how I tested them.

“Can this be used for audits?”

I think it was late 2016 or early 2017 when I built my first simple Power App for capturing lessons learnt on projects and was surprised at how quick and easy it was. I showed it to a team member, a Safety Manager, who took the phone, used the app for a few moments, then asked two questions: 1) “Is PowerApps any good?” and; 2) “Can this be used for audits?”

I found it interesting that he had little interest in the problem my app was trying to solve, but quickly connected the concept to one of his business’ own problems. In the past, when introducing tools like SharePoint or Teams, I was used to having to explain the intent and benefits to users.

Anyway, at that time, I did not know the answers, so I said, “I honestly don’t know if it’s any good, but would you be willing to fund a few days to build a prototype? Worst case is it sucks, and you can give a real prototype to IT to get done by real developers.”

Five days later, the app was delivered and yes, Power Apps seemed good. It was surprisingly easy, and I suggested it could be taught to anyone. They took me up on it which led to conducting what I suspect is the world's first Hackathon-style training session on Power Apps to a group of non-IT users. I taught them how to build their own audit apps. I will never forget the best comment of the day that is the essence of citizen development…

“We are a bunch of electricians, welders and fitters and here we are, building apps!”

On daughters and hackathons

Word spread of that session and in true FOMO style, I ended up doing six more sessions with different teams at that company. I began to suspect Power Apps was going to be mega huge in the future, and it would initially be driven by citizen developers before IT departments would start to notice. I had proven that hackathon training worked at small scale, but that was all members of the same company and teams. What about folks from different organisations with different use-cases?

To test this hypothesis, I called up my old friend, Debbie Ireland, in New Zealand, who runs a training company and after a couple of conversations, numbers and dates were set for public Power Apps hackathons in New Zealand. The experiment continued…

Around this time, my teenage daughter, Ashlee, was struggling with anxiety and depression, something that had affected her for some time. She has already told this story, but the quick version is she agreed to my offer to teach her Power Apps for the same money she was getting in a dead-end job. She learnt it blazingly fast, and early on, when I asked her if she liked it, she answered, “Well, I don’t hate it!” (I took that as a yes!).

Ashlee did well with Power Apps – very well. Such was the positive change in her, I asked her to come to New Zealand with me to help run the hackathons. Not only were the sessions all sold out, but we also learnt that hackathon-style training works for diverse groups too. More importantly for me was how it transformed Ashlee. At times, we would swap roles, and she would present. For someone who was too terrified to put her hand up at school, she was now taking centre stage. In fact, when she came home, she designed and ran youth hackathons and I was relegated to the assistant role. 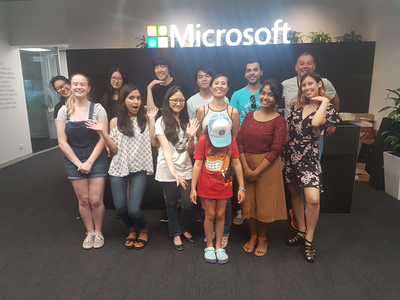 While all of this was happening, we were proving the power of citizen development at one of our major clients – an internationally known Australian company. What started out as me helping a citizen maker put the finishing touches off an app that managed logistics at a port, led to the IT department taking note, asking me 1) for help to govern the platform; and 2) to prove that citizen development could be the basis for that governance via a mentored and end-to-end project.

On the latter challenge, I spent 12 half-day sessions over three months mentoring Ada and Tram, two geoscientists by profession, to build and launch that particular app. It was a success, was enhanced from its scope and as I type these words, is being re-engineered as a whole-of-organisation solution. The success of these type of stories meant that this organisation was one of the earliest to sign an enterprise deal with Microsoft to unlock the broader Power Platform stack.

On the governance side, I worked with Nichole – a former Executive Assistant with no formal IT background, who was the inaugural member of the Power Apps team. I mentored her as not only an app maker, but on how to govern, manage and grow the Power Platform. Together, we designed a vision, service model, and guardrails for Power Platform, and she manages it to this day (and is my top coffee buddy).

I still work with Nichole and have many fond memories. At the very start, she came in completely green, so not only was she tasked with governance, but inherited some Power Apps work performed by someone else. Talk about diving in the deep end! In our first session I remember her asking me “What is a variable?” Yet, she embraced the learning curve with such grit that within a short time, she had built and deployed various apps, trained users and developed a deep understanding of the whole platform, and how to manage it.

By the way, much of the early work Nichole and I did can now be found in the dashboards of the Power Platform Centre of Excellence Starter Kit. 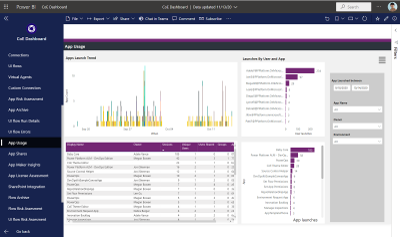 I would be remiss not to mention another Culmsee here – my wife, Terrie. Even before Ashlee started her journey, Terrie could see value and learnt how to build apps as well. A nurse in her early career, Terrie has a lot of other strings to her bow and is a natural when it comes to User Experience and Design-Thinking. In a wonderful feedback loop, her deep working knowledge of Power Apps means she now mentors everyone in our team (including me) to the point that when we design our apps, we always ask each-other “What would Terrie make us change here!”

Learning from Terrie, Ashlee, Ada, Tram, Nichole, and by now a very large number of hackathons, I felt we could now take someone with no experience, get them building apps in a week, get them good in a month, and get them really good within three months.

To prove this, we took on two trainees at my company – Tahlia and Woong. Both were students who came in with no prior Power Apps experience, and both worked in the Power Platform team at my client with Nichole and myself. They did not just perform app development either. Both had to engage with users directly, envision the solution, learn to estimate well, develop User Experience skills, train users, and learn how to structure projects. Both Tahlia and Woong exceeded our expectations by light-years, remain full-time at my company, and along with Ashlee, are now senior members of our team and highly regarded by clients. I am so proud of them all – they give me the energy to keep going!

I think we have done our bit to prove that citizen development is real, is desirable, and most importantly, does a lot more than teach some app development skills. As you can see by my stories, people have learnt much more than how to open Power Apps studio. They have truly embraced the promise of Digital Transformation.

I semi-jokingly tell people that while Microsoft’s mission is to “Empower everyone”, Seven Sigma’s mission is to “prove that Microsoft is not lying”. So, have we proved all we set out to prove? No! The next step in our plans is to take on more trainees, but have Tahlia, Ashlee and Woong mentor them, to prove that a virtuous cycle of world-class mentoring can be created and sustained.

Ten years ago, websites used to cost many thousands of dollars to build and maintain, yet these days hugely rich sites can be built by anyone, using monthly online services at a fraction of that original cost. I believe apps are now on that same trajectory and the opportunity is huge for organisations. The paradigm is changing before our very eyes.

Whether you agree with my assertion about the future of apps or not, I get disillusioned when I hear people lament about a lack of local skills/talent, but then exacerbate the problem by defaulting to offshore development. It is my sincere hope that more organisations, as they recognise the paradigm of citizen development and low code, give local folks opportunities to shine.

We, at Seven Sigma, have proven it can be done. What about your company?