[Guest Blog] How Neurodiversity changed my career and life 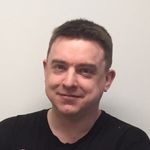 [Guest Blog] How Neurodiversity changed my career and life

This is the story of my journey with neurodiversity and how it has affected both my personal life and professional career.

I am a full-time IT Pro living in Auckland, New Zealand and a solo father to my two AMAZING kids.

The topic of neurodiversity is very personal to me.  When I was asked to write this blog for the Diversity and Tech community, I took some time to reflect on the past sixteen years and I can't help but think that it has been (and continues to be) a challenging journey, which I feel fortunate to have experienced.

My neurodiversity journey started in 2008.  At the time I had just left my job of close to 10 years to be a stay at home dad as my second child had recently arrived in this world.  The original plan was that I would be a stay at home dad for one or two years maximum, but the reality was it ended up being closer to six years because in 2008, my five year old son was diagnosed with Asperger's Syndrome.

I've been told that it is common for some fathers to resist news of this type and I can understand this thinking. There is often a stigma associated with a neurodiverse diagnosis, but what good would it be if I was not there to support my son? I immediately knew that for my son to be the best he can be, he would need his father to do the same and support him with everything that I had.

It is imperative to raise the importance of having a diagnosis -  while initially feeling like it was a negative thing having this label, I realized that the diagnosis opened up access to various funding and support, and I don't believe this journey would have been successful without it.

What I didn't know at the time was that my son was born with a gift.  He has a genuine superpower and has grown into a fine young man who I am incredibly proud of. 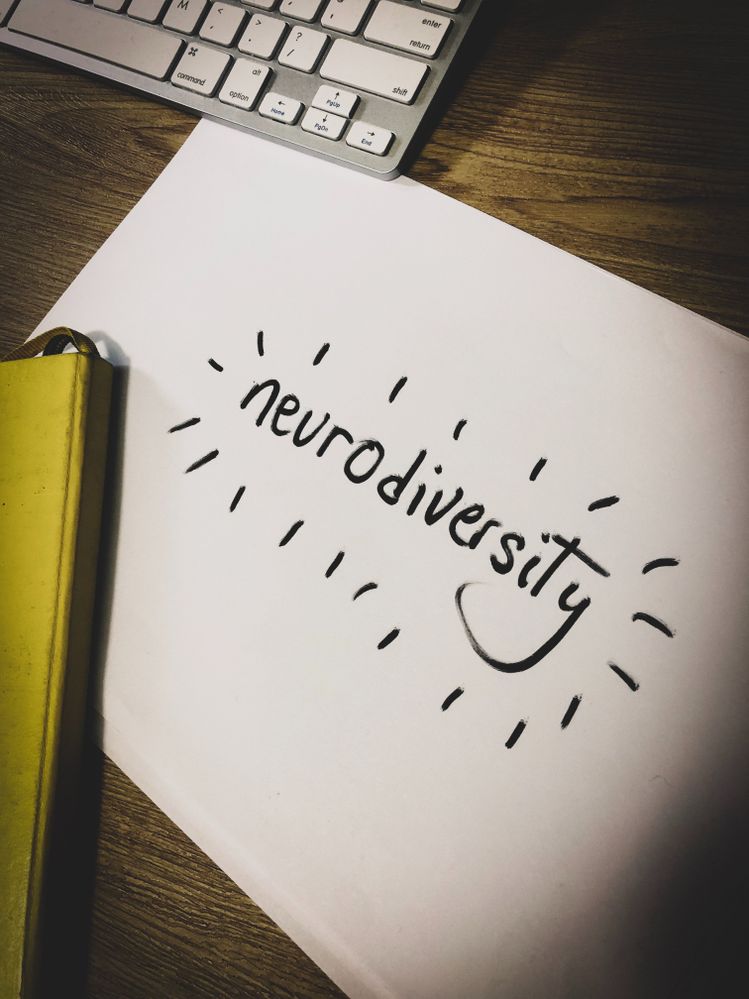 My son began school at age five and it was clearly apparent that he would need a lot of support.  There is only so much help and support from the government and other support mechanisms, so in my role as a stay at home dad, I was fortunate that I was available to help out at school where I could.

There were many days where you would find me with my youngest child in her pram at the school, doing my best to help out.  By the time my second child started school five years later, she was already well known at school among the teachers and students having already spent a fair bit of time there.

There were many tough days walking through the school gates, feeling disapproving eyes on us, sensing the whispers of "there goes the naughty kid".  The pain of not getting invited to birthday parties, the loneliness. It was horrible.

But things eventually started to turn around. The school had an amazing principal who was committed to embracing diversity of all types, something that would become more apparent a few years later as my youngest started her journey with her gender transformation.

My son started making friends, and keeping them.  He became increasingly socially aware, learning to interact with neurotypical children and in his last year of primary school, he earned a school leadership role by becoming a house captain.  It was one of the proudest days of my life.

In late 2012, it was time to return to paid employment.  This was incredibly stressful on a professional level as I had been out of the tech industry for close to six years - an eternity in this industry. I would need to start over again.

It was very stressful on a personal level also. My marriage had begun to breakdown and I was worried for both my children. How would this change in family dynamics affect my children in addition to the neurodiversity challenges for one and the gender dysphoria my youngest was experiencing? There was a lot on my shoulders, and for a long time I found myself in pure survival mode. But as the days and weeks and months went by, life started getting better and eventually things started to fall into place.

A few years later, I worked my way into a team that had become responsible for the Windows desktop at my work.  As a Windows Insider, I knew that the release of Windows 10 was imminent so I decided to set myself two goals:

Taking the knowledge and experience gained from the years of helping my son on his journey, combined with months of "tinkering" with Windows Insider builds, I was able to quickly develop a prototype.

The experiment started with a few members of the IT Leadership group. It was refined based on feedback and expanded to people in HR.  Each time, I would sit with the person and asked them, "How do you work?" and "What are your pain points?".  Based on each person's feedback, the prototype was refined.

Word was getting out and the demand to upgrade to Windows 10 started growing due to the positive experiences and by the time I left the organisation in May 2019, over 85% of Windows 7 devices were now on Windows 10 - all without an official project and yet I had achieved my goals.

By understanding my son's superpower and being open to the diverse nature of people, I was able to deliver a better product that my end users wanted and loved.

Not too long before I was to leave Auckland for Orlando, Florida, Dona sent an email with some homework - the result was my participation in a panel with Dona, Jeremiah Marble and Eddie Leonard kicking off the Diversity and Tech pre-day.  This was my first time speaking at a conference - I was able to share some of my experiences and in doing so, this became a positive life-changing experience for me. 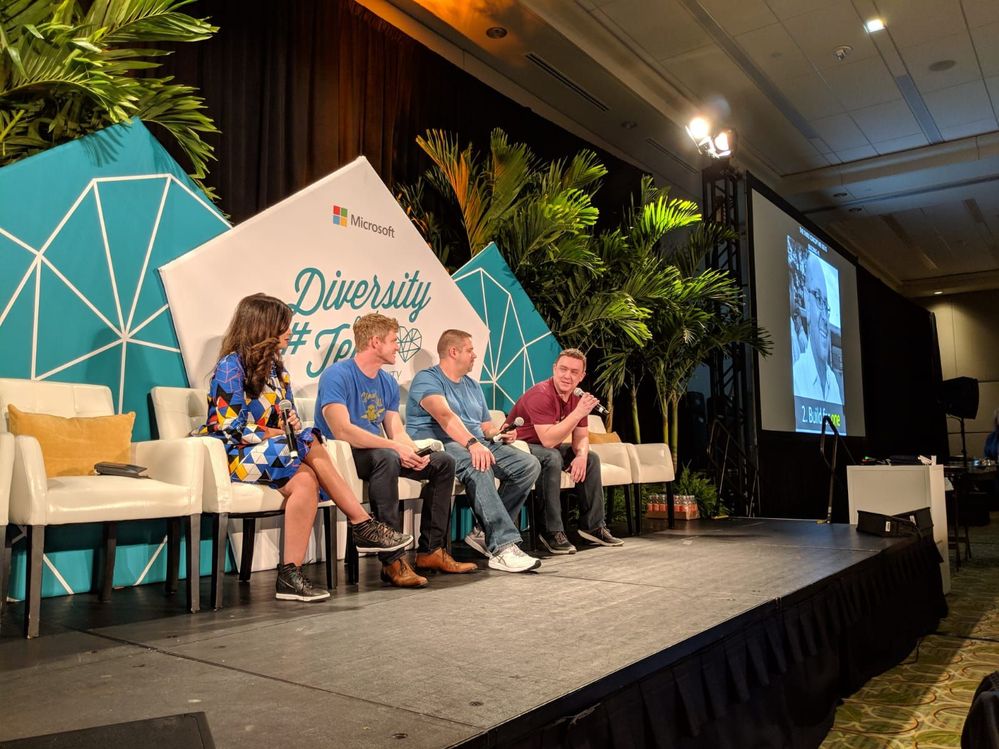 This past February, I attended the Microsoft Ignite | The Tour conference in Sydney, Australia. I was fortunate to again share the stage with Dona Sarkar and talk Windows Insider for Business.  In addition, I was invited to join a Diversity and Tech panel on neurodiversity.  The panel members included Dona and my Australian friends Mark Szili and Jess Dodson.

We all shared our experiences and it was wonderful to listen to and learn from these amazing people. 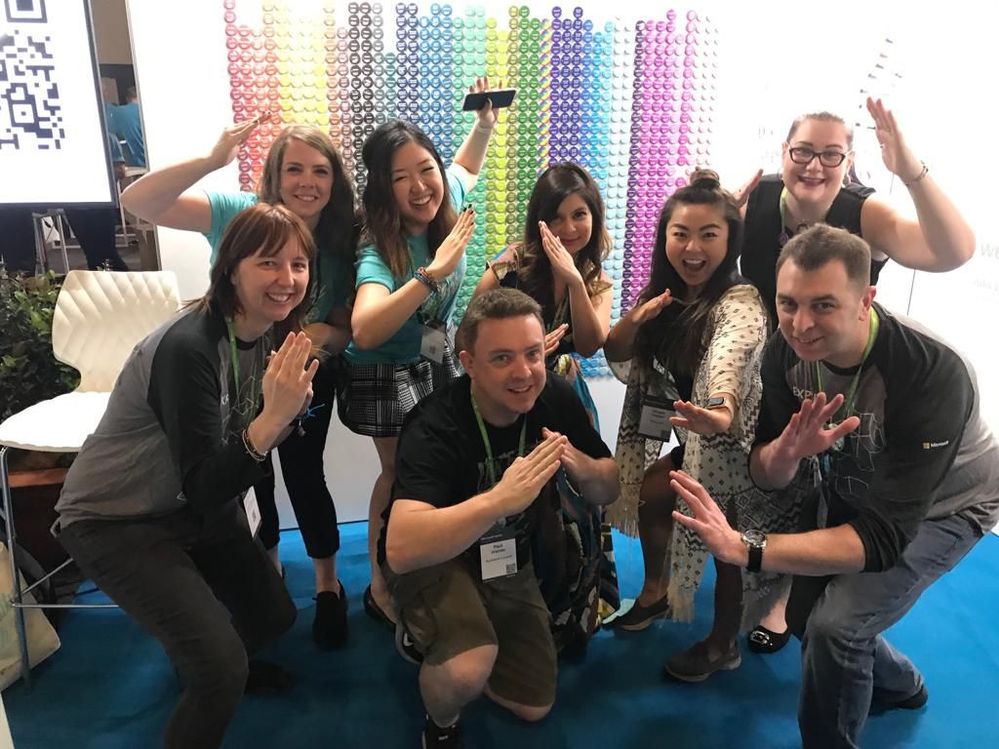 Before leaving for Sydney, I wrote the following in my blog:

Microsoft’s investment in championing #DiversityandTech is a very powerful statement to me, a father of two amazingly diverse kids.  Knowing that a child with Asperger’s and a child who is transgender can be safe and happy to be who they are because of companies like Microsoft and its leader – Satya Nadella – is very reassuring.

This is my call to action - Neurodiversity is a superpower.  You don't have to be an expert on neurodiversity to embrace it. Empathy is key.

Be courageous and be yourself, no matter your background, because diversity makes us all stronger. 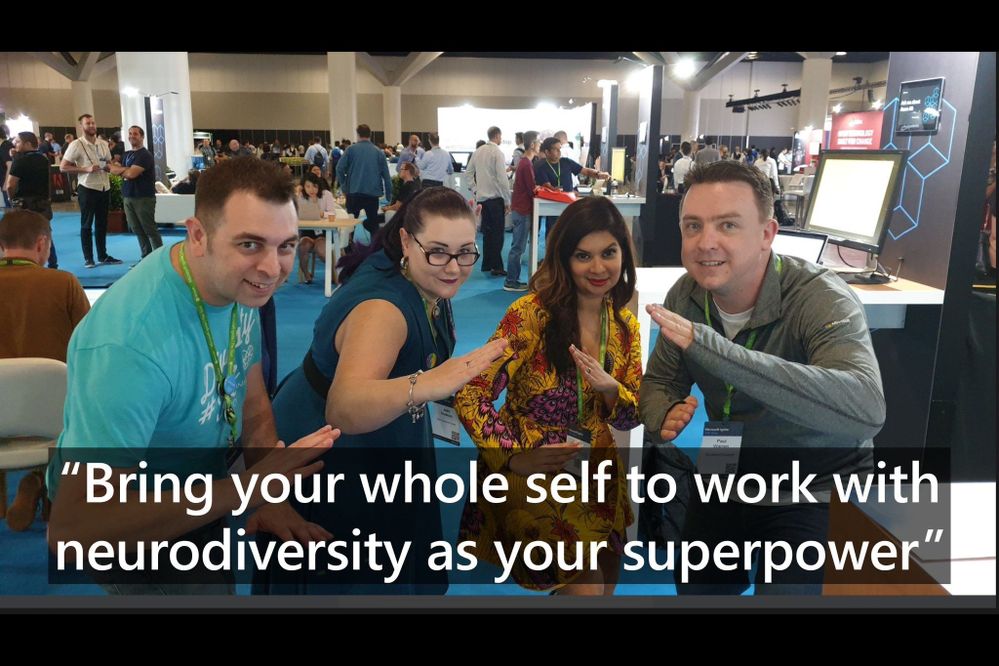