[Guest Blog] How community is greater than the sum of its parts, and my journey into it

This blog is written by EY Kalman who shares his journey as a part of the community.

My journey from an individual using online Microsoft technology forums, to attending a community conference, to becoming an active member of the commuting and user groups. Community enables us all and empowers us beyond imagination

Community. It's such a simple word, but as I've learnt over the last few years, it can mean SO much in so many different ways.

I've been immersed in IT for coming up to two decades. Starting off with simple troubleshooting for friends and family in my local community and building computers by hand. With my IT experience, I ended up building a small business over a few years, which ended up taking off!

Obviously the first step that us, as IT professionals, do when trying to find out an answer to an issue is to look online. Through this, I came across the various Microsoft forums, such as TechNet and many other websites. It was amazing that people would freely contribute of their time to help others with answers to problems, troubleshoot, and guide them to solutions. At the time, I wasn’t cognizant of the time and effort that this could take, but I was appreciative. I even tried to help out a few times myself!

Over the years, various online forums became my ‘go to’ places when trying to troubleshoot. It’s clear in the forums who spends a lot of time in answering questions – it’s not quite gamified, but usually people advance through different ‘levels’ as they post more and more answers. Some people were in the tens of thousands of responses. I just couldn’t understand how they could find the time.

But it was still just online engagement for me. I hadn’t done anything in person. I knew that community events ran at times, but hadn’t really looked any of them up, nor thought about attending in person. I’ve always been more comfortable behind a keyboard than engaging in person, so this suited me.

In fact, I even met my wife through a dating website and all of our initial interactions were through messages. We then moved to Skype calls (ah, those were the days), and finally started meeting up in person.

That all changed in 2018. I had started to think about attending something locally to me (being based in the UK), and just the right thing came up on my radar. It was the Dynamics User Group event for Summit EMEA 2018, based in Dublin. I confirmed with my employer that they’d cover me going, and off I went. 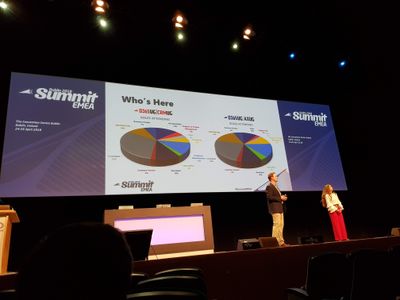 It was incredible. That’s really the only way, thinking back, that I can describe it. Several thousand people, all coming together with a shared goal – to learn, discuss, and further knowledge. Being the first time I had attended such an event, I was a bit overwhelmed, but tried to involve myself as best as I could. I made a few friends there, who I still keep in touch with.

Amusingly, I’ve since found out that many people who I know now were also there! It’s quite amusing to think back and wonder how things might be different if I had known them then.

Post Summit, I decided to start attending my local D365 User Group chapter (based in London). Again, it was stepping into something that I was new to, and took some time in getting used to it. At the first one that I attended in summer 2018, I met amazing people, such as Mark Smith and Chris Huntingford. They drew me into conversations that were going on, enabling me to meet and chat with others as well.

It was also there that I met Microsoft MVPs. Sitting along the side of the room, they seemed all-knowledgeable on the platform and I wondered how they had gotten to such an incredible level, mastering the technology. It was only later that I started to find out what actually caused someone to be an MVP!

I continued attending the User Group sessions every few months and slowly got to know others who were regular attendees as well. Faces started to become familiar and I always looked forward to catching up at the next session.

Compared with people who had been involved in the community for years, I felt an absolute newbie with little to share. I still tried to though, bringing my own experience to some conversations, and sharing tips & tricks that I had discovered. However, I definitely didn’t think I had anything worth volunteering to be a speaker on, leaving aside that I was terrified of standing up in front of others and delivering a session!

Then in summer 2019, something happened. Looking back, it’s what gave me the impetus to the path that I’m on and what I’ve done to date.

I was at the User Group event, having attended all of them for almost 1.5 years. Whilst there, I saw someone who I had worked with quite a few years previously, but hadn’t seen in a while. I went over to say hello and we chatted for a bit. They asked what I was doing, where I was working, etc. On telling them, they seemed quite surprised that I was at the level that I was, and that I was actually directly working with clients. They turned around and told me that they never thought I’d have amounted to anything more than a basic support role. The conversation ended shortly after, leaving me feeling very uncomfortable and somewhat shocked.

Chris Huntingford was there that day as well, and on seeing me a bit later in the day, realised that something wasn’t quite right. We had struck up a good friendship since the first time we met, and had kept in touch. He’s someone I definitely looked up to (though we’re around the same height!), and would ask for guidance on matters.

We went out for drinks after the day ended (I always am of the opinion that buying someone a drink to spend some time with them is a great ROI!), and I shared the events of the day. 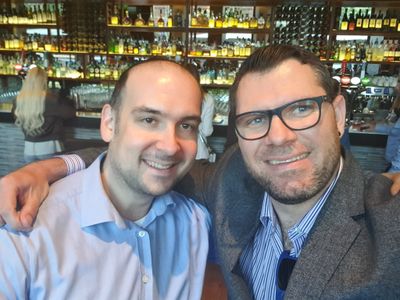 I still treasure the words Chris told me that day. He said ‘dude, you should totally ignore that person. You may not be many years in the community, but you have valuable experience, are doing well professionally, and have so much to offer that you can, and should, share with others’.

Building my own community

I took his words to heart, and looked into what I could do to start things off. I started a blog (personally branded as The CRM Ninja), talking around technology. I did one article, then another, starting from a high level view of technology to ease myself into writing. I found it starting to flow, and continued posting articles in a weekly basis.

I also decided to do two other things. I applied to speak at a User Group (admittedly a smaller one than my usual one) around a topic that I had come up with. Keith Whatling was SO helpful in this, and became another good friend and mentor. 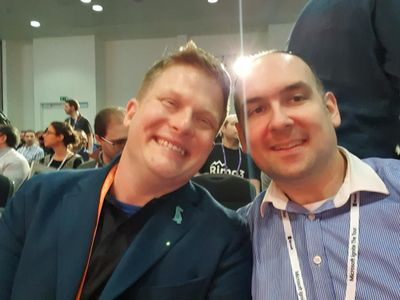 And I started a recorded interview series (called The Oops Factor), to feature other people & bring their stories to light. Both of these pushed me out of my usual comfort zone, but I was wanting to push myself as well as look to see how I could help others.

If I now take a look back, I can’t believe how much I’ve accomplished since that summer. I’ve published over 175 blog post articles, with over 35,000 page views! Quite a few have also been featured in various technology weekly roundups, as well as other places. I’ve received feedback from people as to how my articles have helped them solve a problem, or assisted them with studying for an exam.

My interview series, aired on a weekly basis, is now over a year old. I have a waitlist of people who want to come on it, to share their own experiences & stories. Only this week I found out from someone who was recently looking for a new position that the recruiter had watched their episode, which helped them land the job!

And the ‘cherry on the cake’? I got awarded Microsoft MVP for Business Applications late this year, which was a massive surprise. It's never been the goal, but I'm looking on it as a milestone of achievement along the way!

Though I definitely have come far in the last 1.5 years, I still feel so much at the beginning of this journey. I’m excited to see how the next few chapters will pan out. My personal slogan throughout all of this is that ‘through community, we enable each other, as well as ourselves. What results is that community is so much greater than the sum of its parts’.

Fantastic article EY, you have summed up what community is and means perfectly!!

Congratulation on your MVP award and thank you for sharing your experience and helping community. I wish everything goes smoothly and people don't call helpdesk and support. However, when someone is in trouble and we help to fix the issue, it is very enjoyable especially when we see messages and thank us for help.