Turn on suggestions
Auto-suggest helps you quickly narrow down your search results by suggesting possible matches as you type.
Showing results for
Show  only  | Search instead for
Did you mean:
[Guest Blog] From Theater Tech to High Tech - Make Room for the Artists!
By 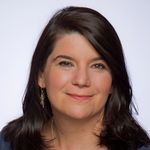 [Guest Blog] From Theater Tech to High Tech - Make Room for the Artists!

This post was written by Microsoft FTE/ WomenITPros series leader Cathy Moya as part of our Humans of IT Guest Blogger series. Read on to learn about Cathy's journey from the arts to tech.

I used to feel like I "snuck in" Microsoft with my theater degree - tolerated, but not a “real” tech person, despite my certifications and real-world experience. As we expand the conversation about why having a broad range of experiences on a team makes us stronger, I finally realized how my theater major adds major value to the tech community. Here's my journey from theater to tech:

When we talk about science, engineering, and math in STEM, those are pretty clear, but what do we mean when we talk about The Big T? If we say someone is "technical" or "not technical", are we saying "they build databases, so they are technical", or "they get stumped launching a video chat, so they are not technical"? I hear jobs being described as "technical" or "not technical" - is a lawyer dealing with intellectual property at a software company "technical"? Is an insurance adjustor writing a PowerApp to simplify business process "technical"? I met a woman who manages servers for a coal mine - is she a "woman in tech"? Technology is everywhere and it touches every aspect of our lives. We need to expand our idea of what it means to be technical, not just "people who code" or "people who have a STEM degree".

We need STEM, and people who love STEM, and people who want to pursue formal studies in STEM. We have concerns that we don't have enough people in STEM, but maybe we just need to expand where we're looking and the many paths to doing tech work. Now anyone can learn just about anything, with time and Internet search skills. While we'll always need people with deep knowledge of computer science, sometimes we just need someone like my nephew, who dropped out of community college and worked as a bartender when some friends got him into coding; now, he's been a professional programmer for years, learning what he needed to learn online, without attending a single class. His brother is a business guy who mastered using data visualization tools to give his team valuable insights. My brother, their dad, started as a radiology technician, and had to learn a lot of networking technology as he rose to managing and building sites. In my work with #WomenITPros, I've met a lot of women who became "accidental IT admins" because they took the time to read the manuals and figure out how to use the tools they had or make better ones. These are all great examples of going from "non-technical" to "technical" jobs.

I've always gravitated towards tech. That said, I don't code. I don’t have a STEM degree. I have a BA in Theater Arts from UCLA. I learned early on it was so much easier to write a play using word processing than a typewriter. My lighting design could be much more sophisticated and accurate with a computer to control the fades and timing, instead of having someone move sliders all over a huge board. My class was just beginning to use AutoCAD for design, and I could tell it was a lot better than drafting a light plot or set diagram in pencil.

I gravitated to tech when I worked in environmental politics as the office manager. I learned how to do the payroll in spreadsheets, and how to automate things like benefits calculations so I could do them in minutes instead of hours and do them much more accurately. In other jobs, I taught myself how to troubleshoot PC and network problems. I started doing productivity app training and network engineering training. Teaching tech was a great union of my performance and tech skills!

I've worked at Microsoft for 18 years, and I've had jobs that require deep subject matter expertise; I have never had to create code as part of my job and have never felt disadvantaged by my lack of a STEM degree. I wrote courses in Security and Windows. I wrote documentation for very complicated network management software. I've spent years figuring out what customers need and figuring out how to get engineers to build it. At times my technical depth has varied, from running packet traces to running customer events. While I've had many coworkers with STEM backgrounds, I've also worked with many who studied history, Chinese poetry, Russian music - we are all technical!

I'm good at figuring things out. I read the manuals, or if there aren't manuals, I write them. I experiment with things because there's wisdom in breaking them and putting them back together. I figure out how to make things stick together and work. I didn't learn this pursuing a STEM degree, but I sure laid a strong foundation with all the work I've done in theater over the years.

Tech has made my life better in so many ways. Here are some things I learned in theater that have made my tech life better.

The show must go on. Everyone who has done more than a few plays has a story to tell about the thing that went wrong; there are even several theater comedies based on all the things that can derail in any production, but theater people know how to stick some gaffers tape on it and keep going.

Hit your dates. Opening night is set months or years in advance, and there are tickets sold, so theater people get good at workback schedules.

There is no such thing as a one-person show. Even if there's just one person center stage and taking the bows, there are entire crews of people working in the background or that person would be naked on a bare, dark stage with no audience. Theater people like working as part of a team, collaborating to bring something to life.

Good/fast/cheap – Pick 2. I learned this from my lighting professor, and it is the single most useful thing I learned in my entire college education. You can have good and fast, but it won’t be cheap, etc. I've used this concept to frame every project I've worked on.

We talk a lot about how important it is for strong teams to have diverse backgrounds, diverse perspectives, and to be open to new ways of thinking. But for some reason we're often still stuck on recruiting STEM, even when specialized STEM knowledge isn't required for a huge range of "technical" jobs. The brain that made me good at figuring out a computerized lighting board made me equally good at figuring out how Active Directory worked. The creative problem solving I learned in making productions happen made me good at troubleshooting computer problems. The organizational skills I honed as a stage manager to get a show on the boards translate directly to the skills I needed as a project manager to get code to ship.

I was talking to a woman who was going to be a speaker for the #WomenITPros series. She thanked me for the work I do in the initiative and said how it made her, an art history major, feel like she belonged in tech. That's when I realized that even after decades in tech, I still didn't feel like I belonged;  I felt like I snuck in and fooled people to get my job at Microsoft, like I was tolerated because I'd picked up some certifications and real-world experience, not valued for the skills I learned through my art. In that moment, I finally realized I belong in tech because of my theater degree, not in spite of it.

We need to look for people who can understand and apply technical concepts to get a job done, not just look for people with a specific technical background. We need to encourage young people to do what they love, and master the tech in what they love. If we keep making it sound like you have to have STEM and coding and piles of math or you aren't welcome here, we're missing out on talent. We're missing out on people who didn't happen to fall into tech on the way to doing something else. People like me.