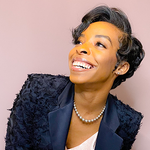 This article written by Microsoft employee April Speight is part of the Humans of IT Guest Bloggers Series. You can follow her on Twitter via her handle @vogueandcode.

For the first time in my career, I was given the opportunity to work 100% remote! I had always had at least 1 remote day a week for my previous jobs in tech - but never fully remote. As I started to reflect on just how different work-life would be under my own roof rather than inside an office or at a cubicle, I started to worry about whether I'd miss out on the social aspect of physically working on-site.

I'm a pretty social person and have always loved spending time with my co-workers and the little quirks which occur throughout the day. Coming to such a large company like Microsoft, I was worried that I'd have a difficult time meeting my coworkers. I liked attending in-person meetings and the random run-ins throughout the day.

However, there were a few cons to working on-site that I surely was not going to miss. Prior to joining Microsoft, I always had a long work commute. My longest commute was 3 hours daily for my job prior to Microsoft. I dreaded Sundays because I knew that meant I would have to face another week of sitting in traffic. Furthermore, working in a closed in space for hours whenever a bug was going around essentially put my health at risk. It was almost a guarantee to get sick if someone in the office was feeling under the weather.

Considering the pros and cons to fully working remote, I can honestly say that for the first time in my career, I'm at peace with my work/life balance. In fact, I've met so many more people during my 1 year at Microsoft than I ever had at any other job! My overall mental health and wellness have both significantly improved. Not to mention, I wake up excited to face the day ahead rather than dreading the commute to come.

So what has been the secret to making remote work "work" for me?

For my prior jobs, I would typically have a chance to meet co-workers through social work events such as mid-day birthday celebrations or holiday parties. Unfortunately, when you work remote, many of those events sadly become things of the past. Therefore, I was pretty much left to figure out how to meet co-workers on my own. Fortunately, we live in an age and work in an industry that has a significant focus on social media. I've met so many of my work peers through platforms such as Twitter! What's been great about this is that whenever Microsoft has held in-person events, I was always guaranteed to know some familiar faces. Having the chance to meet my co-workers through social media also changed the dynamic for me when it came to cross-team collaboration for work-related tasks. In most cases, I was able to bypass the awkward phase of getting to know everyone and approach collaborations in a more "I already know this person" manner.

Having project manager based roles in prior jobs helped me refine the best way for me to manage projects. I was a fan of walking over to my co-workers desks to either get status updates or share information about a project. Unfortunately, when you work remote, it's virtually impossible to leave your desk and walk over to your co-worker's desk. I often had to rely on chatting through Microsoft Teams or catching someone via email. This was tricky to navigate at first given that everyone has their own communication preferences. As a program manager, I found it best to initially get a feel for how various teams I worked with often communicated and to meet people where they were. So what does that mean? If I was working with an Engineer who primarily communicates through Microsoft Teams chat, then I'd stick to communicating with them through Teams chat. However, if I was working with a Designer who preferred video meetings, then I would communicate with that Designer through video meetings. It seemed like jumping through a lot of communication channels at first, however, I found that adapting to everyone's communication styles was actually more efficient for getting things done. Rather than make everyone conform to my preferred way, I found it easiest to adjust my method and meet people where they were.

Establishing a Space for Work

One thing I really loved about working on-site was the ability to let my personality shine through my work-space. I was that coworker who had the Pinterest-perfect work desk. Once I started working from home, having a separate work-space away from the bed or couch was crucial!

Although I had initially joined a co-working space, I found myself staying at home more given that working with 3 monitors was more efficient than 1 laptop screen. I decided to turn our second bedroom into an office - a work-space solely for working. Once I entered that room, that meant that I was in work-mode. Now that I'm a Cloud Advocate, working from home is beyond convenient since my home office is setup for recording content. I never need to setup or break-down equipment since everything I could ever need is in one place. I'm sure it's all mental, however, you'd be amazed at how having a separate work-space for work really puts you in the groove of working.

Los Angeles is famous for our traffic patterns. A place that's 3 miles away could take 30 minutes in driving time. Rush hour starts around 2 PM and doesn't end until 7 PM. Although there are alternative routes to be taken to your destination, it's hard to account for construction, accidents and/or filming. I used to wake up at 5:30 AM so that I could make it to Santa Monica by 7:30 and leave by 4 PM. I reduced my lunch breaks to 30 mins or sometimes worked through lunch so that I could leave by 3:30 to avoid as much traffic as possible.

Since I love living in LA, moving to a new city or state was never an option. Although I could've move closer to my old job (which I did), the traffic still existed. On Sunday evenings, my weekly anxiety attacks would start as the clock counted down to Monday AM. I wish I could say that I was exaggerating but I'm not.

Working remote not only eliminated the 3 hour daily drives that I took to and from work, but it also decreased my anxiety around coming to work. My Sunday evenings are significantly more enjoyable now. My "walk" from the bedroom to the "office" are short. And most important, I can finally enjoy a full 1 hour lunch without feeling the pressure to skip or eat fast.

Being Sick Calls for a Sick Day

When it comes to working remote and being sick, it's easy to fall into the trap of "Although I’m sick, I'm at home. Therefore, I can still work." WRONG! Being a remote worker and being sick does not equate to working. I've had my fair share of moments where I got sick and felt that I was still capable of working. Those were big mistakes. Although you're home and most likely in bed, you're not giving your body the time it needs to rest and heal. Instead, you're answering emails, attending meetings and/or working on tasks. This may not seem like much, however, all these activities can contribute to placing stress on your body. After a few run-ins with working while sick, I've found it in my best interest to take a sick day if I’m feeling sick. It's better to show up to work ready to give your all (even if it's virtually) than to show up feeling less than capable.

Remote work looks different for everyone. After a year of working fully remote, I can honestly say that it'd be very difficult for me to adjust back to working on-site. I've had times throughout my first year where I've worked on-site for a week at a time. I found those moments to be most difficult given my short attention span and just how conditioned I was to working a non-traditional 9-5 schedule. If you have the opportunity to work remote, I would suggest giving it a try - even for the most social butterflies!

Thank you for sharing your perspective @April_Speight! You're absolutely right, just because you're sick doesn't mean you can work - it means you shouldn't work! We just launched the Enabling Remote Workers community here in the Tech Community and @ShonaBang shared your blog in the new community. You should share a photo of your home office set up in this conversation. We'd love to see your Pinterest-worthy office!