Turn on suggestions
Auto-suggest helps you quickly narrow down your search results by suggesting possible matches as you type.
Showing results for
Show  only  | Search instead for
Did you mean:
[Guest Blog] A Trip to the Amazon Forest - Vision of an RD | MVP Microsoft
By 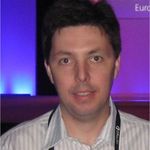 This article was written by Andre Ruschel, a Cloud and Datacenter Management MVP and Regional Director from Brazil. He shares about an interesting Tech for Good project where his team leveraged technology in the Amazon Rainforest and help upskill people in the indigenous villages.

Today I am excited to share with you about work we're doing within the Amazon Rainforest, bringing technology and learning to the indigenous villages.

In 2018 we held the MVP CONF event, a large conference organized by passionate Microsoft MVPs and where proceeds from sale of conference tickets are all donated to nonprofits. 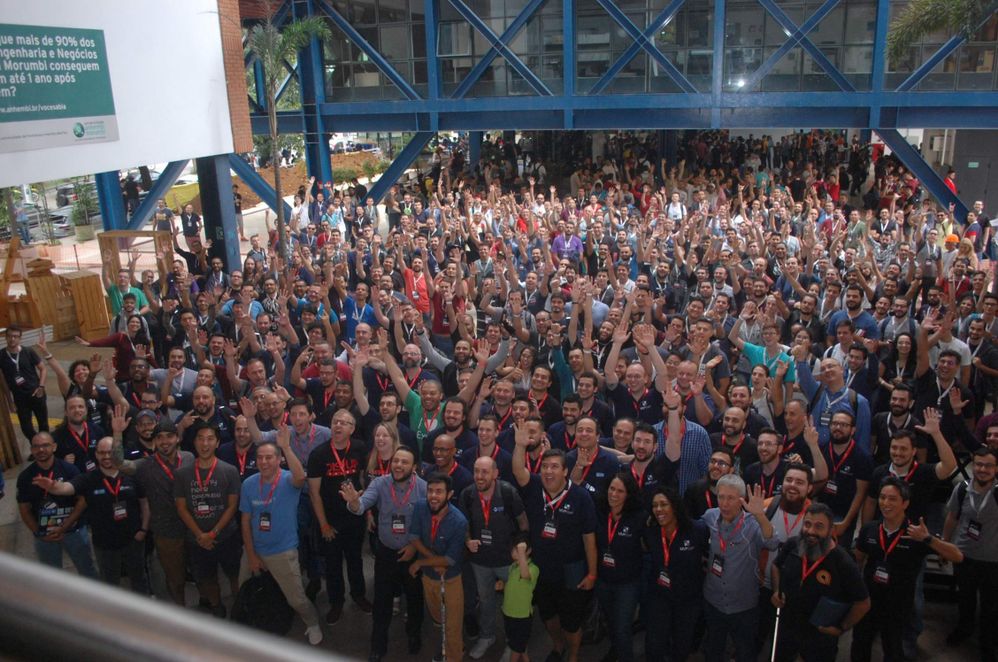 We decided to donate part of this money to FAS - Amazonas Sustainable Foundation so that they could bring technology to the indigenous villages within the Amazon Rainforest to help preserve nature and culture.

The Amazonas Sustainable Foundation is a civil society organization founded in 2008, with the mission of "contributing to the environmental conservation of the Amazon through the valorization of the standing forest, its biodiversity and the improvement of the quality of life of riverside communities associated with the implementation and dissemination of knowledge about sustainable development".

Based in Manaus (AM), it carries out environmental, social and economic projects aimed at the conservation of the Amazon Rainforest. It is a non-profit organization, without political-party ties, public utility and welfare charity.

The rainforest is responsible for something even more important: according to National Geographic, it "contributes about 20% of the oxygen produced by photosynthesis on land." Most of this oxygen is consumed by the trees, plants and microorganisms of the Amazon itself, but it is a habitat in demand for approximately 10% of all species worldwide, including millions of insect types, fish species, among others. 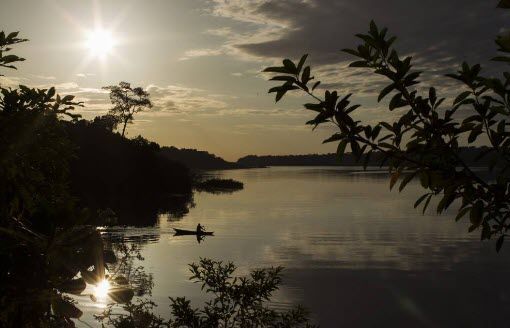 Recent research has found that "disturbed" forest areas have experienced annual temperature increases of 0.44 degrees Celsius than neighboring intact forests, which "equates to approximately half of the warming seen in the region in the last 60 years". I was particularly impressed with the Amazon Rainforest Chief as he reported his concern with the use of technology and education.

The Amazon Rainforest Chief said, "We want to have education and technology so that our family members can study and stay here to take care of the Forest": 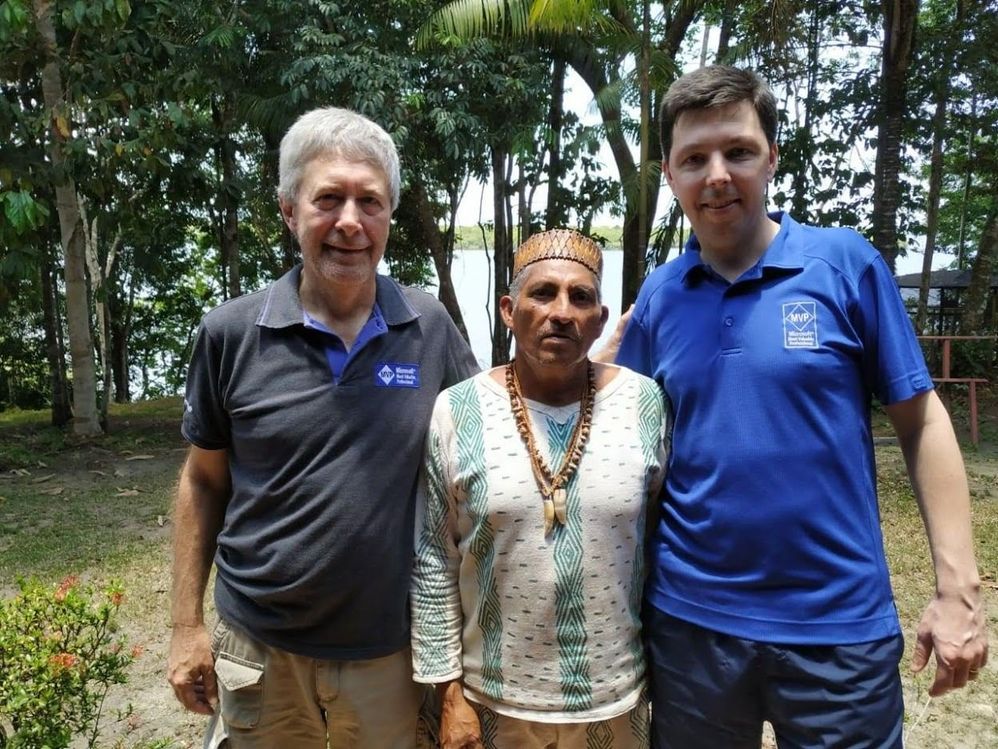 So we worked together to set up a mini classroom within the village - just 10 computer laptops to start, each one pre-loaded with Windows 10 and Office 365 software for the students: 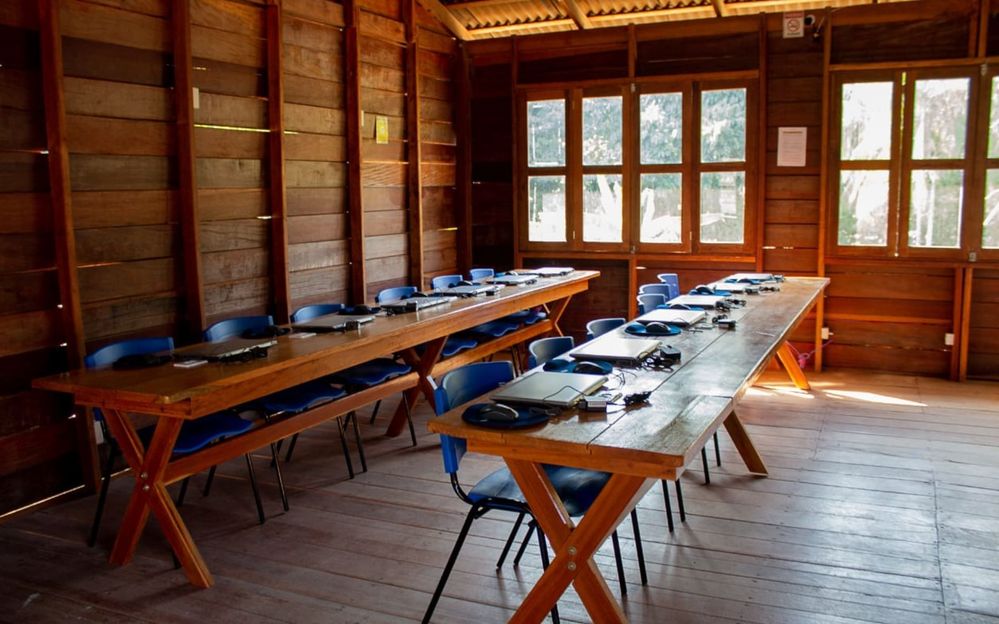 It is very important that new technologies reach the Indians, so that they learn new ways of seeing life, where the use of the Internet is the best way to expand the areas of knowledge, both to bring indigenous culture to the world, and to bring innovations to the Indians.

The Indians, despite living in isolation from the rest of the world, are brimming with creativity and a genuine concern for quality education that many of us who live with privilege do not have. Bringing this immense creativity together with advantages in this digital age will be a turning point in helping improve villagers' lives and enable them to learn valuable skills.

Working with the Chief and the villagers in the Amazon Rainforest was a fantastic experience and a true honor for me personally, and I recommend to everyone who visits the Amazon Rainforest to take an immersion to get an idea of the importance of preserving the Forest and its cultural practices, while infusing technology to help improve the quality of education and upskill villagers.

I leave here the invitation for everyone to come and see the largest Tropical Forest in the world, The Amazon. Please feel free to reach out to me on Twitter if this is something you might be interested to do the next time you're in Brazil, and perhaps we can brainstorm on suitable tech solutions together!