Your blogging team went to INTERACT2008 last week. It's just our luck that the weather would be somewhat weird. Seemed fit to blame it on presence of lot of people from Redmond area... Anyway - we thought to give you a quick rundown of how it all went: Right from the day one (which was really only Monday night) - there seemed to be a lot of interaction... a lot of people came together and started talking and having fun. A bunch of XBOX 360's were nearby if you felt the need to frag some Halo 3 aliens. 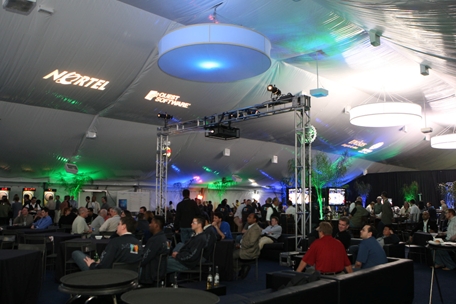 Tuesday started bright and early... we all hit the breakfast and started planning what to do: 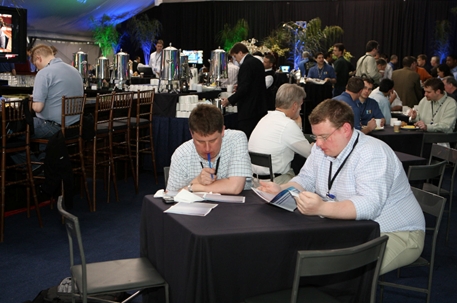 Pretty much everyone headed to the first keynote which was given by Gurdeep Singh Pall. Gurdeep gave his vision of UC space and where things will go. Keynotes were pretty full: 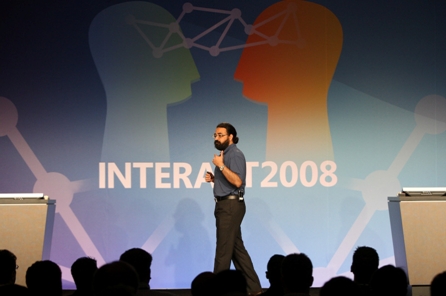 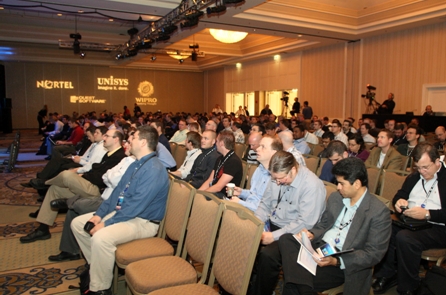 Then, the breakout sessions came. This was the technical part of it all. People got to pick from 4 technical breakouts at any given time slot. The rooms were not overly large so it all had a somewhat relaxed feel. There were many sessions with a lot of interaction between audience and presenters, answering questions etc: 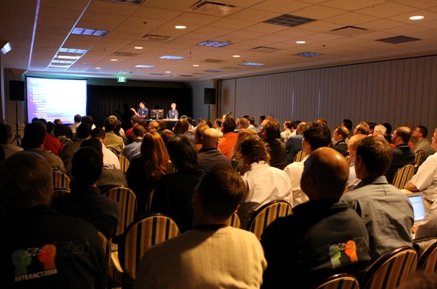 Lunches were setup quite nicely too, right outside of the hotel. Must... resist... way too many good desserts! 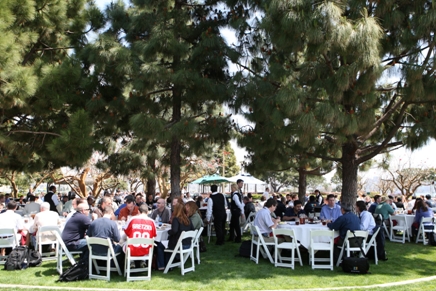 The sessions then continued... until the evening. The dinner and evening fun was at the Wave House. Kind of cold and chilly, but that did not stop many to try ride the waves! Some with more and some with less success too LOL. On the better side of the scale, this looked kind of like this: 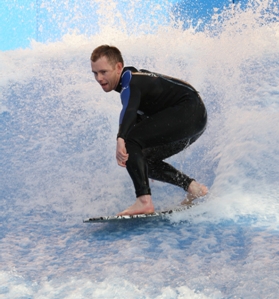 The next day came. Terry Myerson gave his keynote speech as promised. He gave an overview where Exchange is now, an example of several things that we have recently done as a direct result of customer feedback as well as a sneak peek into some future Exchange functionality: 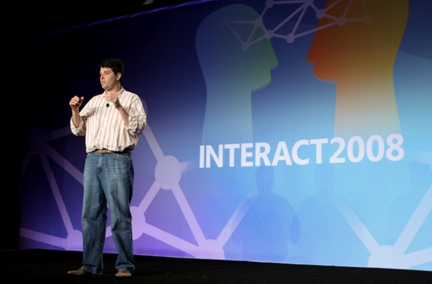 More technical sessions for everyone... around lunch time though, we attended a blogger lunch. It was organized by Eileen Brown, who pulled a bunch of great bloggers into it all. She blogged about the lunch too of course (I suggest you check it out). I gave a presentation on the Exchange Team Blog and how we run it. I should probably share some of those details with you too as they might be interesting! 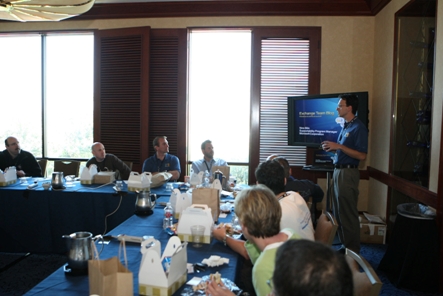 After that, more technical sessions. More interaction with all kinds of people, roundtables and so on. Time flies when you talk to many people and learn about them! The evening also saw the first batch of Birds of a Feather sessions, which were roundtable talks on various pre-defined subjects with anyone who wanted to sit down and discuss. Some of those things were packed - could not find a seating space. Very cool! Next morning, we went to breakfast and then promptly into the second batch of Birds of a Feather sessions. Yup, we had a blogging one too. Quite interesting discussions of blogging, how different partners (who were present) view and use it and how some customers (also present) view it. 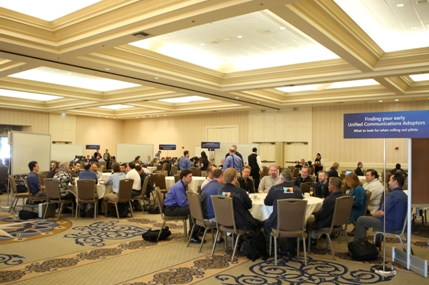 More technical sessions followed. Another lunch under the trees too. By this time, you could barely see someone not talking to someone else and exchanging ideas and their experiences. We asked a bunch of people how they liked it all and got some great responses (we'll try to post some video that Joey and I took soon). In the evening, we all headed to the Anthology where Rockaraoke band kept everyone entertained. A bunch of good food too! A lot of people tried singing, some with more and some with less success but it's all good if it is fun! Overall - this was a great event. It was not too big, so it all felt quite informal. I managed to meet a lot of people, have a lot of fun and do some actual work too in between. I think the organizers (Verena and SV - you rocked!) pulled off a great event - and you should try to get there next time! Oh one more thing: If you have feedback about this event, you are welcome to email Verena. Her email is verenah AT Microsoft DOT com. - Nino Bilic