Help us design our next Exchange TechCenter!

Help us design our next Exchange TechCenter! 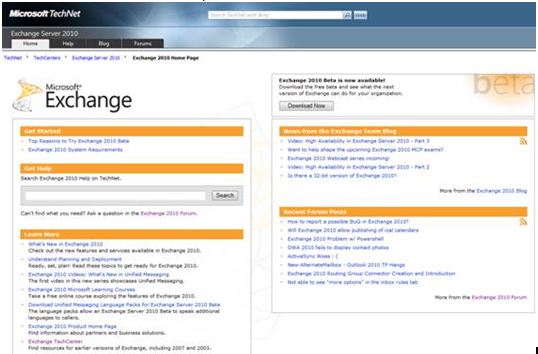 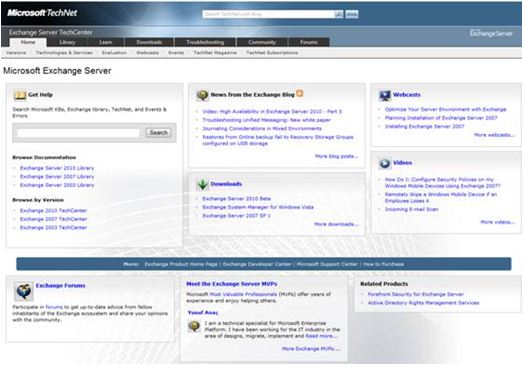 In conjunction with the Exchange Server 2010 Release To the Web (RTW), we'll integrate the Exchange 2010 beta website with the current (non-Exchange 2010 focused) TechCenter.  However, we are currently designing this integrated TechCenter, and we are looking for your feedback during this process. First a few things about the Exchange 2010 Beta TechCenter: You might notice that we streamlined navigation to 4 main tabs: Home, Help, Blog, and Forums.

Got Feedback? So as we mentioned, this Exchange 2010 beta TechCenter will eventually be merged to become our main Exchange TechCenter as we get to our RTW release. We plan to keep the Community elements prominent on the next iteration. Speaking of community, we'd love your feedback not only on the beta TechCenter, but also on the following: We appreciate your feedback in helping shape the TechCenters and the Exchange Server 2010 Help experience to help get you the information you need to succeed. So please, let us know what you think! Katie Kivett and Joey Masterson
0 Likes
Like
10 Comments