We got two cool photos we wanted to share with you today:

First, we have Dave Thompson, our Vice President (on the left) and Steven Connor, Director of Test in Exchange (on the right) showing off Exchange 2007 colors while snowboarding. Pretty cool, eh! 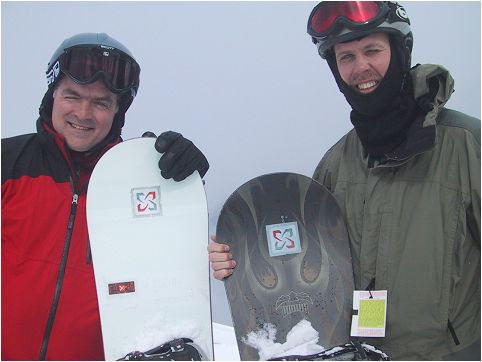 Then, we wanted to show you Alek, son of Jeremy Kelly, Supportability PM in Exchange. Alek already knows who's the bad boy on the block and isn't hesitating to show it off. On the way back from his soccer game, his parents discovered a recent new edition this past weekend. After his dad's heart skipped a few beats, in a moment of foreboding, he came to his senses; Alek had gotten into dad's E2007 stash of goodies and wanted to be cool too! 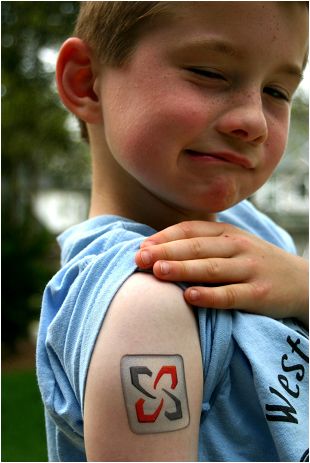