Bringing predictive email to the workplace

Bringing predictive email to the workplace

This week at MEC, we’ve been talking a lot about the power of the Office graph, and how it helps us deliver personalized and proactive experiences for email users. As part of that journey, we’re excited to announce an advanced predictive email assistance feature coming to Exchange. This exciting technology leverages big-data and machine-learning capabilities to enable users to create routine emails and responses more efficiently.

Research has shown that most business emails in an organization follow identifiable patterns. In a law office, for example, an attorney may write dozens of routine follow-up emails to similar questions from his clients. Convention requires that every email be created from scratch. Now, Exchange will begin to recognize the type of email he is creating and offer assistance completing it.

The new virtual intelligence engine examines a user’s individual emailing patterns, and uses machine learning to detect when a received message resembles a set of emails that have been previously sent.

To unlock the power of this technology for users, we’ve also created a friendly in-product persona that will appear and offer a pre-written email based on the accumulated learnings from previous emails and information based on ranked keywords from the email chain. 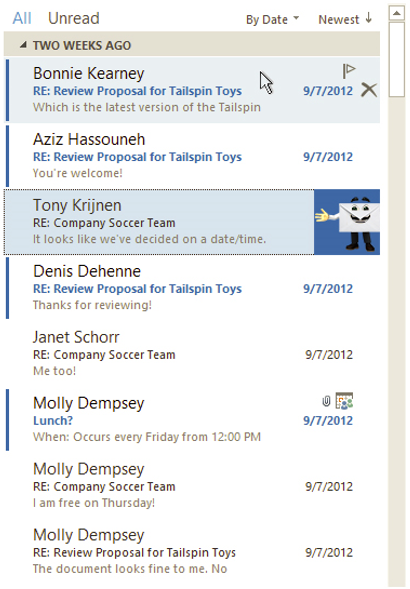 Developed under the code name “Green”, email network virtual intelligence (ENVI) is a key part of our vision for a smarter, more tailored inbox experience.

Let’s take a closer look at how ENVI works. Back in our attorney’s office, the attorney begins to respond to a client’s question about a specific rule in that state’s building wastewater disposal statutes. ENVI leverages the Office Graph and the Microsoft Clustering algorithm to recognize that the email the attorney is starting meets the parameters of similar emails he has sent in the past. The friendly envelope character appears onscreen and offers a completed email borrowing from prose the attorney has written repeatedly in similar responses. Our attorney quickly and easily accepts ENVI’s draft and hits send, saving him valuable minutes of his day.

Preliminary testing of this feature in our Early Adopter Program has been phenomenally successful. With more than 2000 participants involved, ENVI reports showed an average email auto-generation success rate of 86.357%. This translates to nearly 17 minutes per day (or 6205 minutes per year) for each user.

We will begin rolling out the ENVI update to on-premises Exchange customers this afternoon. Office 365 customers will be able to download the update later this year for $.99 (Canadian version of dollars) per email per user per month. Initially ENVI will only be available in English and Australian with all other languages and Wingdings* being available early next year.

*Wingdings 3 not supported in Texas or space. Happy April 1st 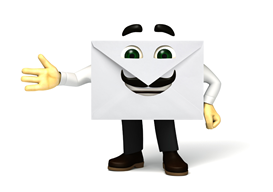