is this a known issue?

Shouldn't the formula refer to the date column (Week of:) instead of the column with month number?

that was my first formula =MONTH([COLUMN1])
0 Likes
Reply

it seemed to work on this time period thing. I'll have to see if it will work still:
https://social.technet.microsoft.com/wiki/contents/articles/1018.powerpivot-grouping-by-dates-months...
0 Likes
Reply

I only tried to explain why

in DAX returns December, not January.

Actually you need to use another field as @Subodh_Tiwari_sktneer suggested.

At first it was as what as @Subodh_Tiwari_sktneer suggested  because I'd rather get the translation directly from the original value/date and it was December that's why I tried doing a go between as you can see in the image, just to make sure I wasn't dreaming up things.

Sorry, I missed. Your question is

Like I've said to everyone over and over again. That is where I started:
It started here: =MONTH([Week of:])

was my initial formula
I saw it returned December
so I thought wow 1/7/2021 is returning a December with Month([Week of:]) formula
then I thought let me try doing it a different way:
Which is the one you see in the image.

Is that clear enough for everyone including some new reader to the post? 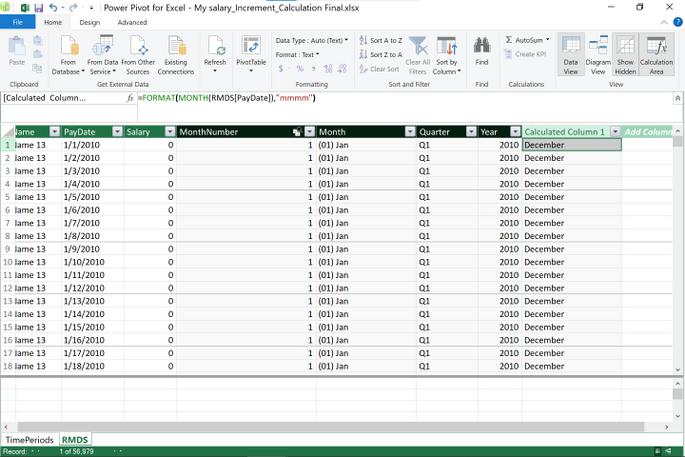 now I'm showing what I did in the columns except the last one column I put the formula:

FORMAT(MONTH(RMDS[PayDate])),"mmmm") and look what month was returned?

so let's scroll down and see if that reason holds... 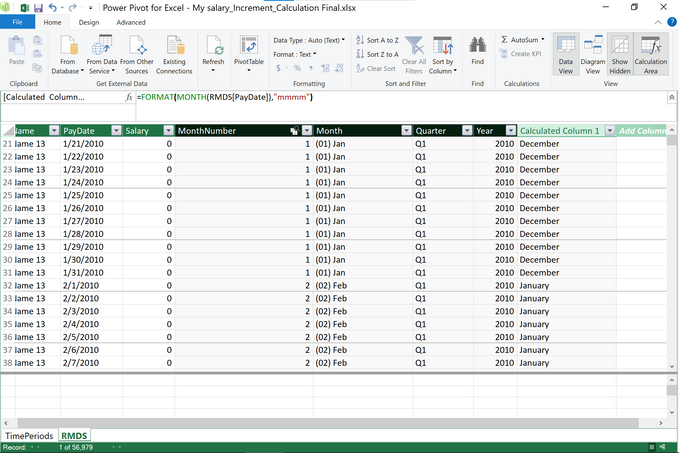 so now tell me what could the reason be?

if evaluate step by step

returns 1 for the first dates on screenshot

correctly returns December for the first date in DAX calendar.

If change the formula on

it shall return January for the same date

ok let's give it some benefit of doubt It gave the correct date which is the same as column 1, but I want the word "January" otherwise what would be the point?  So achieving a word "January" is not achieved by using the FORMAT() function as we've tried it, or something is wrong, but I already did a re-install of Office also using the SetupProd_OffScrub.exe and it didn't fix it otherwise what you're saying is I cannot get a "January" by using the FORMAT([1/1/2010],"mmmm") function?  Is this accurate?

That could mean you have texts which looks like date, not dates (aka numbers). Please check in Format, is it

You are correct the format is text, I need to turn that auto change type so I'll never have to be unsure what the heck happened without my knowledge.  Thank you for your patience sir!!

Uh, great to know the reason was found. I don't know how do you load data to data model, but if at least one record is with text where other are numbers/dates, entire column will be considered as text. It's best practice to define explicitly data types in Power Query on final steps.

I turned off the Detect column types and headers for unstructured sources so I won't have to deal with this issue knowing I had to manually set each data type on every PQ I did. 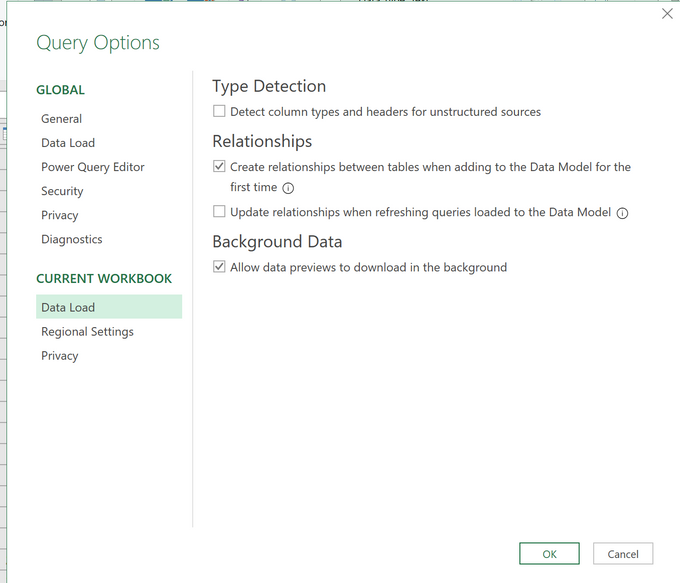 @Subodh_Tiwari_sktneer by the way this formula works: 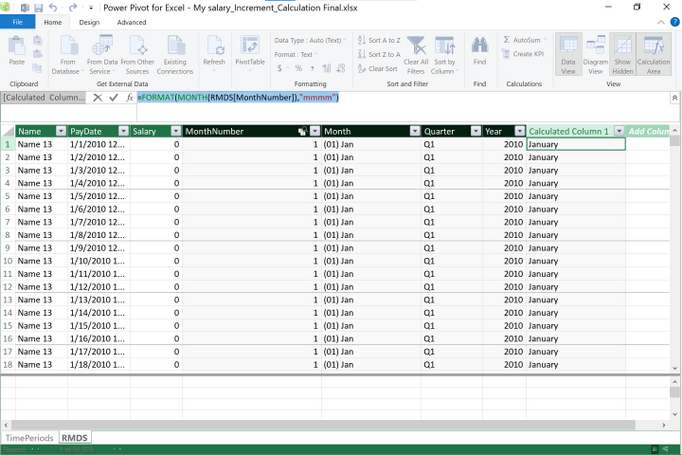 Thank you for your contribution to solve the problem