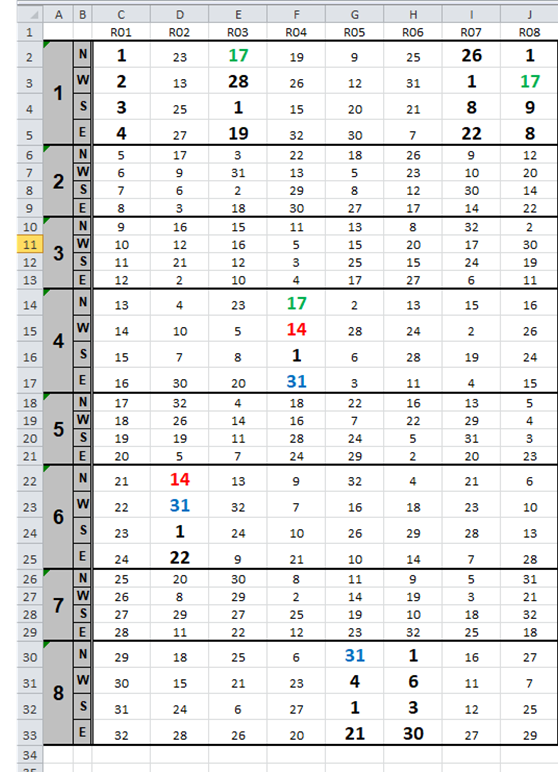 We would like that no number is repeated sitting with the same number again
More clarification that the number 1 is sitting on a table with the number of 3 other numbers each round, while maintaining no repetition in the row or column