I'm not sure if this will help, but something tells me that you may be useful in your plans. Take a look there ... think it's worth the time

http://www.rondebruin.nl/win/section1.htm
I can only recommend this page.

You might check to ensure a comma is being used for the list separator under your windows regional settings.

You may try to open the file in any text editor (e.g. Notepad) and add very first line as

if fields are separated by semicolons, or change on proper character.

Perhaps you may submit sample file keeping only 2-3 rows and removing sensitive information?

This data can be interpreted by an interface or a program such as Excel. However, problems can arise here: the separator used, in the example above a semicolon, is not the same everywhere.

If you now want to create many user accounts in Office 365, for example, this only works with a comma-separated .CSV file, but not with a semicolon-separated .csv file.

If you want to save a file as .csv in Excel, there is no option to choose between commas or a semicolon as a separator. The region settings in Windows can help here. Simply enter "Region" in the search (in Windows 7 in the start bar, in Windows 10 in the task bar) or open the region settings via the control panel. At the top of the Format window that opens, select “English (United States)” and click Apply.

Then save your Excel file as a delimited .csv file. This file is now comma separated. Then simply change the region settings back to "French :-)."

If that doesn't work then I can't help.

Screenshot shows how it looks after you open it in Excel.  More informative will be the source, how it looks if to open in Notepad.

Thank you. Comma is used as separator in your case. Could you please do small test if it works

2) Enable import from text connector if it's not enabled 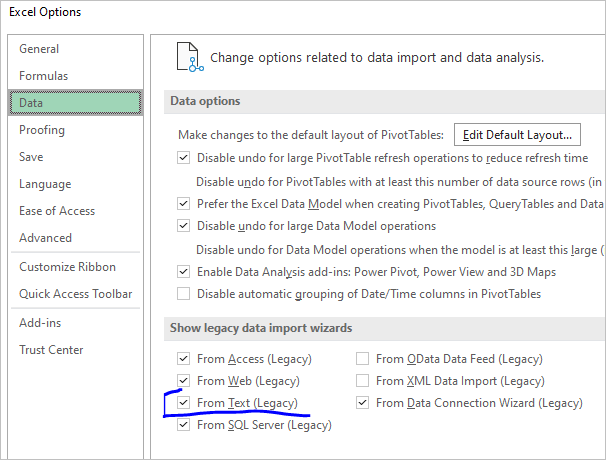 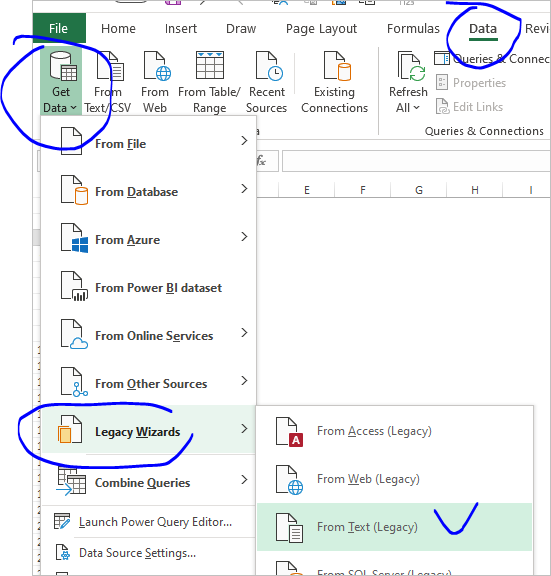 connect to downloaded TestNoSep file selecting delimiter and UTF-8, plus My data has headers

and semicolon on second step 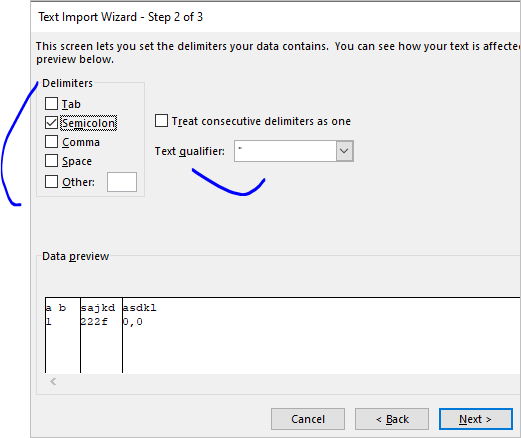 For that you shall to change Windows settings 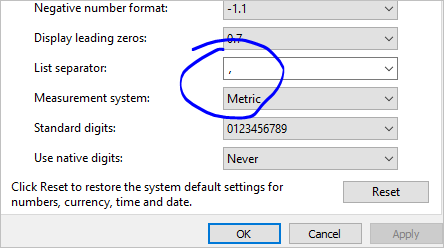 But that could take side effect on your other applications.