I recently purchased a Surface Pro 7 and have an old Dell. The Dell had a 'problem' in Excel that whenever I hit the "/" key it would initiate a shortcut, I think, where the "/" was not entered and the screen took on this appearance---- 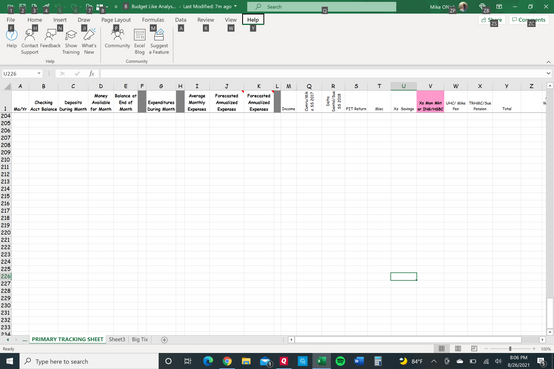 Note the MANY black boxes in the area at the top of the screen filled with digits and letters!!! I lived with it as I figured that I must have inadvertently created some kind of shortcut. Wondered if it would happen on my new computer. Now on my new Surface of which I signed up to the Microsoft One and am using a cloud version of Excel, the same thing happens when I strike the "/" key???? Does it in transferred documents and in new ones I've created quite simply to see if it occurred in newly created docs. Can I get my front slash back?? What do I need to do?? Am 70 years young and would like some assistance in trying to recover the '/' .......... tired of copying and pasting!!!

Re: Delete a shortcut key??

Select Advanced in the navigation pane on the left.

Scroll all the way down.

Make sure that the check box in the section "Lotus compatibility" is NOT ticked. 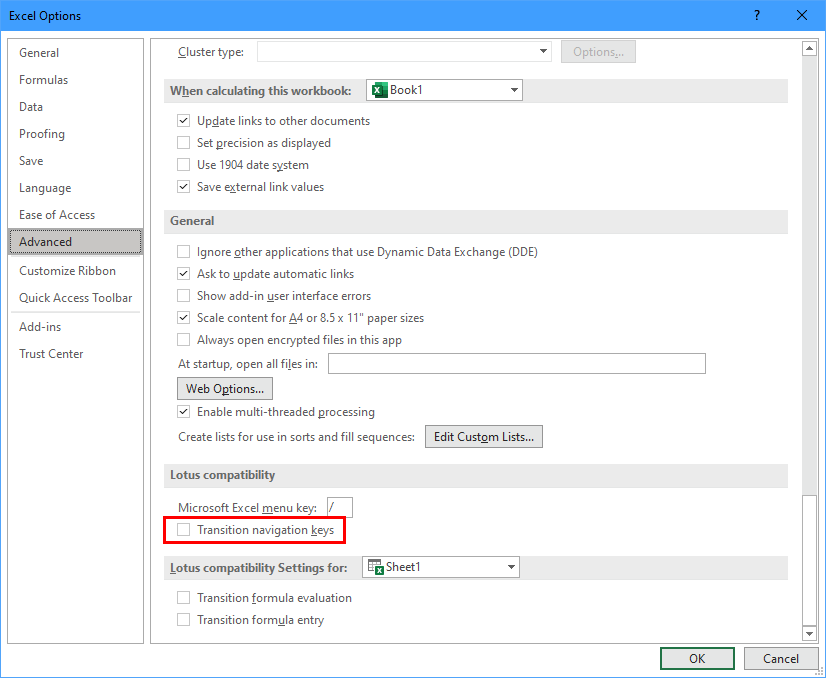 Re: Delete a shortcut key??

@Hans Vogelaar THANK YOU SO MUCH FOR SHARING THAT!!! I truly appreciate your help and as you already are aware --- it worked like a charm.