VisualCognition - Improving the internet for the millions, with just a weekend

VisualCognition - Improving the internet for the millions, with just a weekend

HackCambridge provided the perfect opportunity to return to Cambridge University. It is where I completed my undergraduate degree in Medicine and Cognitive Neuroscience, before moving to UCL to study a masters in Computer Science. Our team included Filip , a masters student in information engineering at Cambridge, where he is using deep learning on EMG signals to control prosthetics; Marcin , a joint honors Mathematics and Computer Science student from Brown University; and Mateusz , a recent Mathematics graduate from Imperial and a current Software Engineer at BlackRock.

With flights from Poland to London for two of the team members booked, we starting discussing ideas for what would be our first Hackathon together. Our ideas ranged from trying to implement a decentralised ICO ( DAICO ) to controlling a VR world with a Myo armband .

As the event neared, Microsoft released a video of their Seeing AI app to announce their involvement as a keen sponsor. The video demonstrated how Saqid Shaikh , a visually impaired software developer at Microsoft, used the app he created, to convert a visual world into an audible experience. It was incredible . The app could describe kids playing Frisbee in the park, or allow him to read a menu. We could only imagine the impact it had on him and many others with visual impairments.

We knew we wanted to build on SeeingAI's fantastic work. We initially discussed building an Android app equivalent, possibly in conjunction with the Myo Armband for hands-free control. However, with five minutes to go before the hackathon started and much excitement, it dawned on us how much of the internet was still inaccessible to the visually impaired in this day and age. We were committed to solving a problem which affects 250+ million people worldwide in the hope of having a true social impact

People with visual impairments frequently rely on a Screen Reader to navigate the internet. The Screen Reader reads out the written content of each page. However, when the Screen Reader reaches an image it has to rely on the “alt tag” to provide a caption. For the majority of the internet these “alt tags” are either missing (think of any user-uploaded content such as Twitter or LinkedIn), superficial or inaccurate. To test out images for yourself: right click on an image, click inspect element and see what person with visual impairments hears!

This affects millions of people every day. 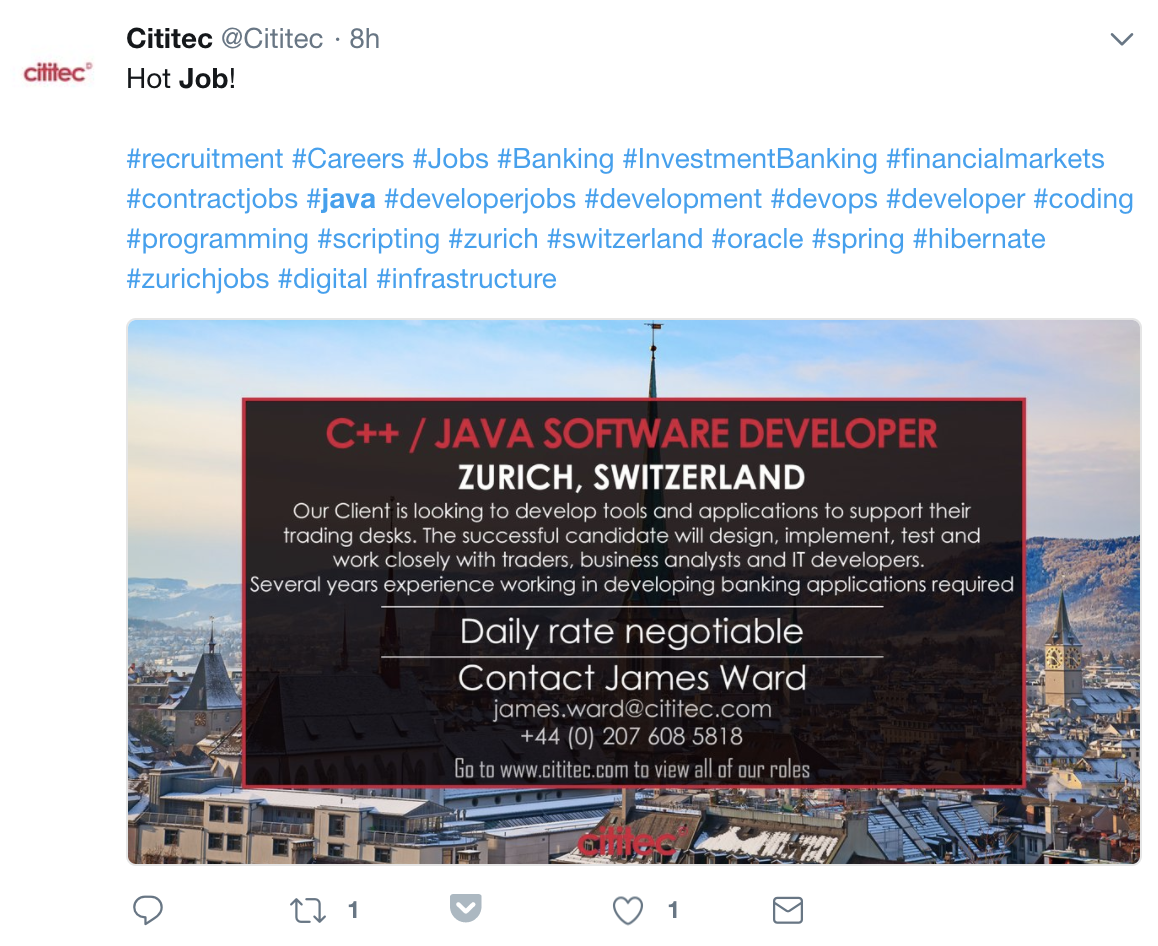 Once we had narrowed down the problem coming up with the solution was much easier. We decided we would bring automatic "alt-tag" generation to everyone on the internet, regardless of device.

We split into pairs: Mateusz and I built the Chrome extension, and Filip and Marcin built the cloud function and connected it to the Cognitive Services API. We started programming at 2 pm and by 9 pm we already had a fully functional prototype. The speed, accuracy, and ease of integration with which the image descriptions were being generated would not have been possible just a few years ago. The extra time allowed us to link in three more APIs: facial recognition, emotion recognition and OCR (image to text), depending on what was in the image. This provided much more descriptive image captions.

The speed, accuracy, and ease of integration with which the image descriptions were being generated would not have been possible just a few years ago.

We didn't want to stop after the hackathon finished! Determined to bring our tool to people all over the world we started to plan our the public launch. Working with UCL and the Global Disability Innovation Hub we are proud to announce we will be running a pilot study to confirm the efficacy of what we are building. If you are interested in hearing more please register your interest . Additionally, Lee and Geoff , from Microsoft, have introduced us to the accessibility team at Microsoft who have provided crucial advice on how we can further develop our tool for maximum impact.

We hope our Chrome extension will empower those with visual impairments to browse the web, without having to rely on others to create the "alt tags".

To stay up to date with what we are doing: 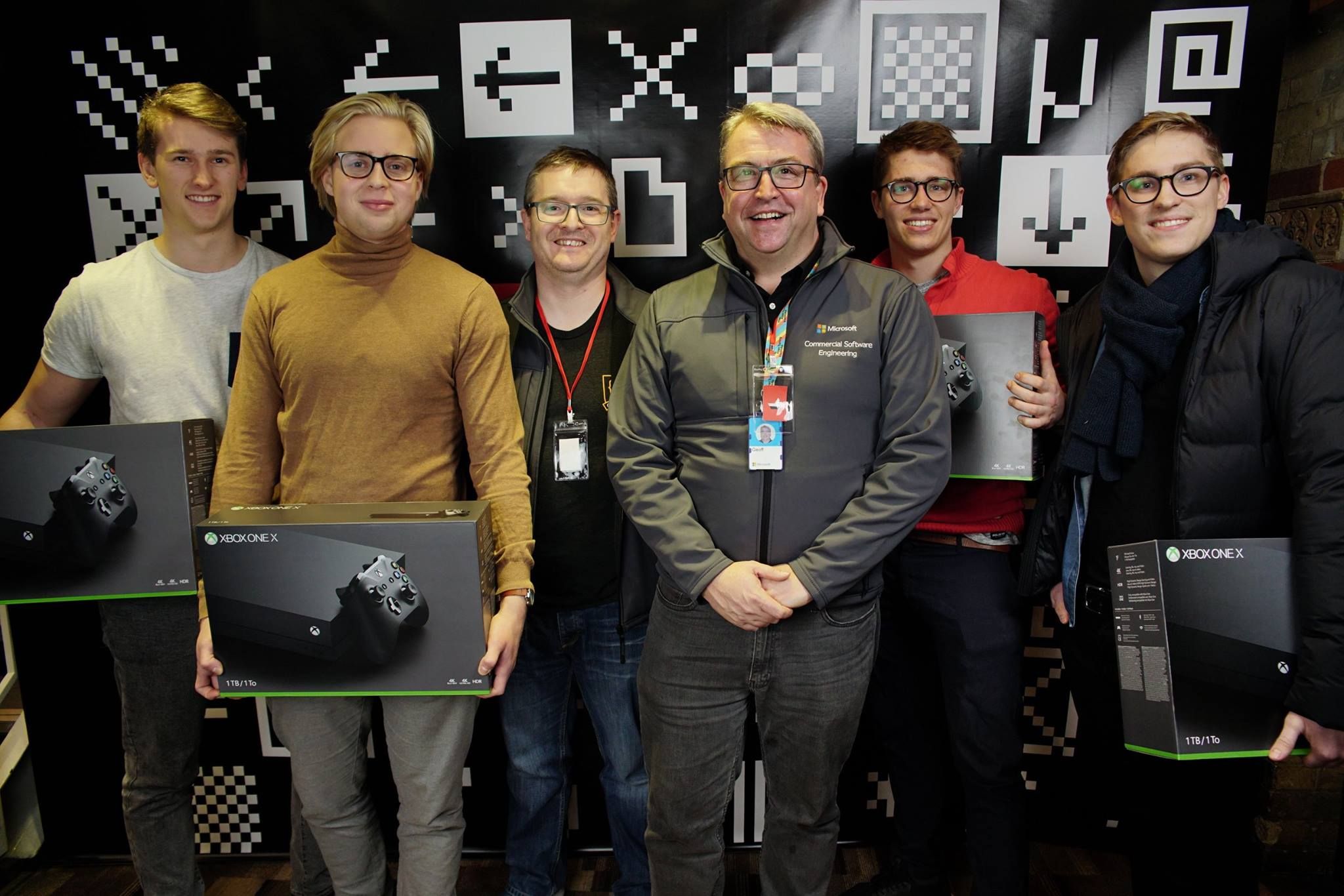 Collecting the Microsoft Prize. Photo by Maximilian Ge from CambridgeHack

Students who create technology that solves real-world problems are being invited to enter a Microsoft competition with a grand prize worth $100,000.

The company is looking for young developers in the UK to enter the Imagine Cup , one of the world’s leading contests for young entrepreneurs.

Submissions for the UK final are now being accepted, with the winners taking home £5,000 and an Xbox One X – the most powerful console ever made. Second prize is £3,000 and third prize is £2,000.

In addition, the winners of three special awards that focus on artificial intelligence, big data and mixed reality will each take home $15,000.

Students can compete in teams of up to three people to create an original technology project from start to finish – create an idea, make a plan, build the solution and compete. It must also run on Azure.

“When it comes to technology and innovation, the UK is home to some of the best and brightest talent in the world,” Barclay said. “The Imagine Cup is the perfect platform for innovation and creativity. We are looking forward to seeing ideas that really push the boundaries of what technology along with human potential can achieve.”

The closing date for entries to the Imagine Cup UK final is March 18. Visit the official website for more information.