Turn on suggestions
Auto-suggest helps you quickly narrow down your search results by suggesting possible matches as you type.
Showing results for
Show  only  | Search instead for
Did you mean:
Team Pocket Sized Hands what a year!
By

It’s still hard to believe that just over a week ago, we were lucky enough to be competing at Microsoft’s Imagine Cup World Finals in Seattle. 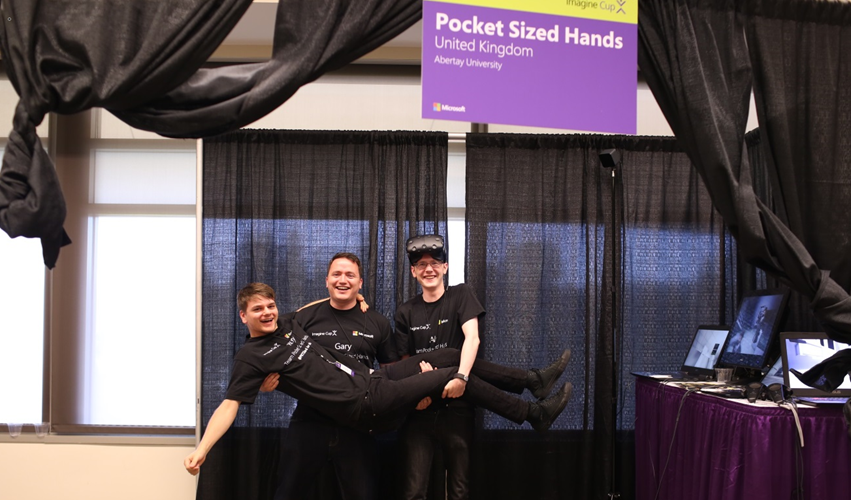 Amongst 54 teams, we managed to take our game Honeypot Espionage through the UK finals and end up competing against some of the best students from all over the world. 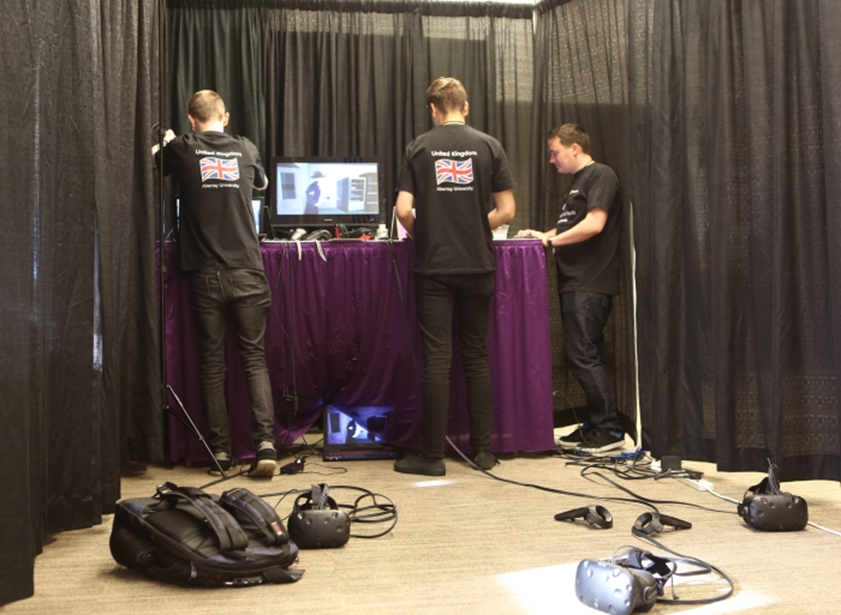 From start to finish, the competition has been incredible. Not for just for the challenge of making your product stand out, but with the mentorship, support and connections you gain along the way, it becomes one of the most valuable student competitions out there.

For some, it was about winning, and rightly so, the prize over $200,000 in winnings and a mentoring session from Microsoft CEO, Satya Nadella, is not something that should be scoffed at, but in a competition like this, there is still a lot to gain even if you don’t place in a winning spot. 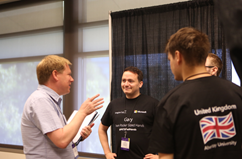 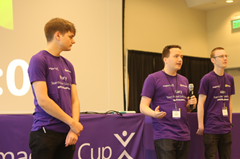 If I could pick one thing from the competition that should be everyone’s focus (not just winning), is to take time to meet up with people from Microsoft who share a similar passion for what your project is based on. For us this was games and of course Virtual/Mixed Reality. We were fortunate to meet a lot of people, who shared our passion.

Nick Burton, Principal Technical Program Manager at Microsoft, took time out of his schedule to meet with us before the competition. He has worked in games most of his career and had some valuable stories to share. We toured the Microsoft campus with him and he listened to our pitch, helping us with some refining it not only for the competition, but also with the intent that we could pitch for investment in the future. His stories from when he worked at Rare in the UK, right up until his present work at Microsoft reaffirms my decision to start working in Games.

Being a VR company, we pushed for meetings with other VR groups. Nick Fajt, who was a Principal Program Manager for the Microsoft’s Hololens, essentially had a 1 to 1 mentoring session with us, showing how as a business, we could push and get for VC investment as well as showing us different ways we could be acquired to continue work on our game. 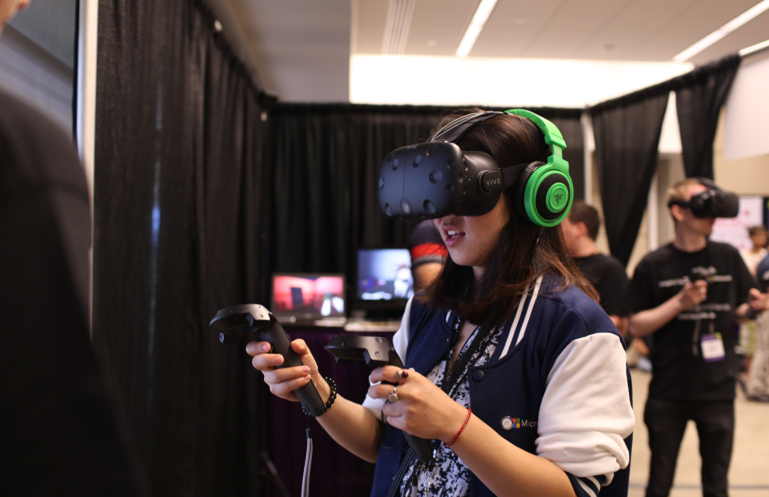 Of the week we were in Seattle, every day we had a meeting lined up with someone so we really made the most of our time there. My advice to future competitors in the competition is to make sure you have a number of meetings lined up. Getting advice and support from industry experts is a big draw for the competition.

The main advice for a games company that these experienced developers and mentors shared, and one of our main take away points from the competition, was to focus on making tech, not games. As a games company it might sound surreal and it did to me at first, but tech that can be integrated with services such as Azure, UWP and different game engines is what will get your team noticed by bigger developers and help push you forward in the industry. The tech is what is will sell your game to investors.

The competition atmosphere, is really as relaxed or as intense as you want it to be. We took the former approach and found during the competition everyone, staff and competitors, wanted to talk and share ideas. We could brainstorm together and think of even better ways that our solutions could work.

Now, home after the Imagine Cup, we have an interesting couple of months ahead of us. We are working with UK Games Talent and are part of their incubator program, Tranzfuser , which will give us the opportunity to show case our game at the UK’s biggest gaming festival, EGX.

As a company we are expanding our services in Augmented, Virtual and Mixed Reality, doing contract work with businesses looking to use XR as a new way to engage with their audience alongside working on our own IP. The Imagine cup has helped direct us forward as a business through different means such as pitching ideas and investing in new technology. In ways, it has helped us expand as a company and as developers. The experience gained supports us to prepare for our future and has helped us build some valuable connections within the industry. 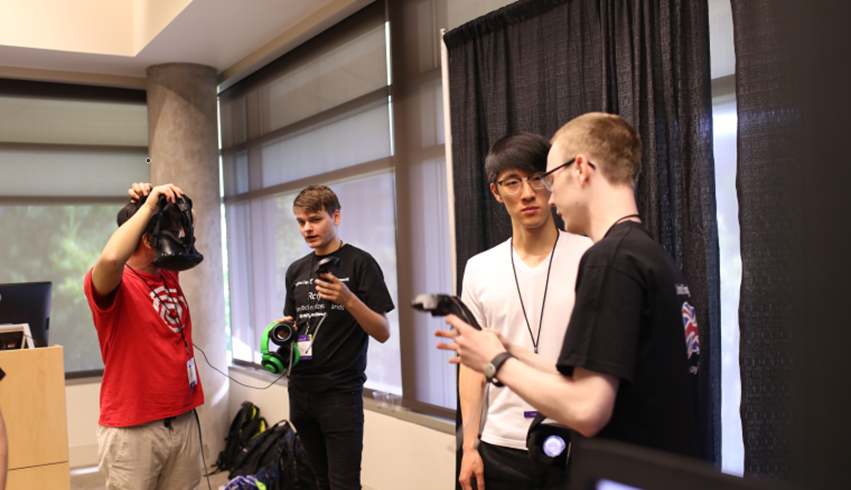 When we finished up the UK Finals in April, I would have said that students working on applicable products should apply. After the experience, we had at the World Finals, my advice is a little different. Every student software developer should apply. Find time to build a project that fits the specification of the competition and if you can, build it so it is in line with your universities course structure. You will get an experience that is invaluable to your development and make many connections that can help push your career. And lastly, if this still doesn’t sound like much to you, if you take into consideration that it is a Microsoft paid trip to Seattle, it’s not bad at all.

I may be applying again in the next year or two and I hope to see you there. 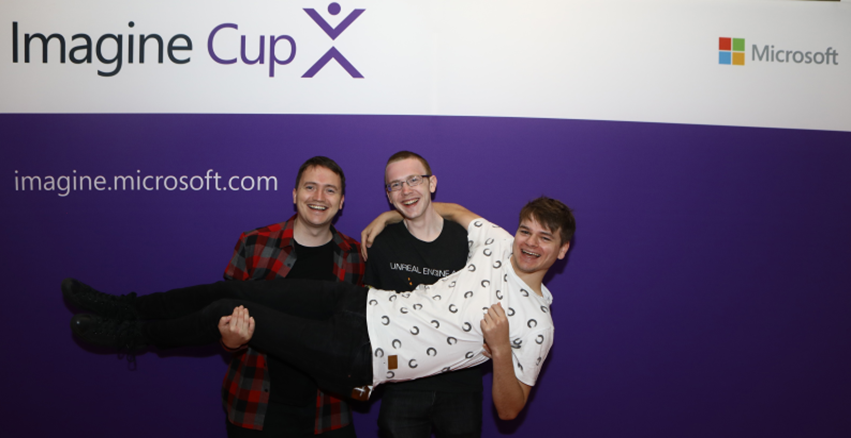 Register for more details of the Imagine Cup at http://www.imaginecup.com