Turn on suggestions
Auto-suggest helps you quickly narrow down your search results by suggesting possible matches as you type.
Showing results for
Show  only  | Search instead for
Did you mean:
Open Source at Microsoft
By


Thousands of Microsoft engineers use, contribute to and release open source every day across every platform, from the cloud to client operating systems, programming languages and more. So if your struggling finding repos at http://github.com there is now a search feature built into the http://opensource.microsoft.com site which also lists the top trending repo. 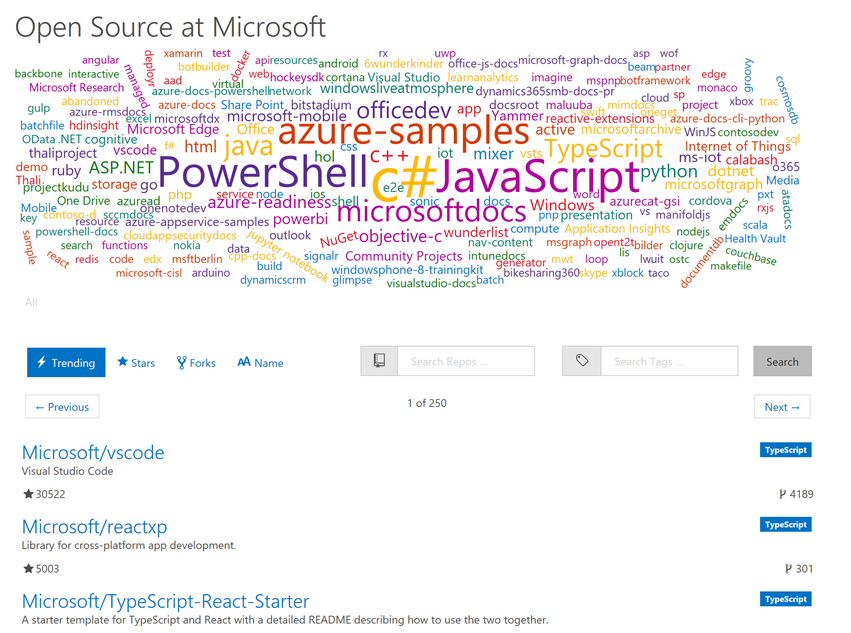 At opensource.microsoft.com you can explore open source that Microsoft teams have released and are collaborating with the broader community of software engineers.

An archive of notices and source code for certain third-party components shipped with Microsoft products, in accordance with the corresponding licenses that contain disclosure obligations.

Open dialogue about openness at Microsoft – open source, standards, interoperability, and the people and companies who inspire our commitment.

The .NET Foundation is an independent organization to foster open development and collaboration around the .NET ecosystem. It serves as a forum for community and commercial developers alike to broaden and strengthen the future of the .NET ecosystem by promoting openness and community participation to encourage innovation.

About the .NET Foundation