The UK Final of the Imagine Cup 2018 was held on the 6th April at Microsoft HQ, London, UK, the 10 UK National finalist came together and presented their solutions to the judging panel 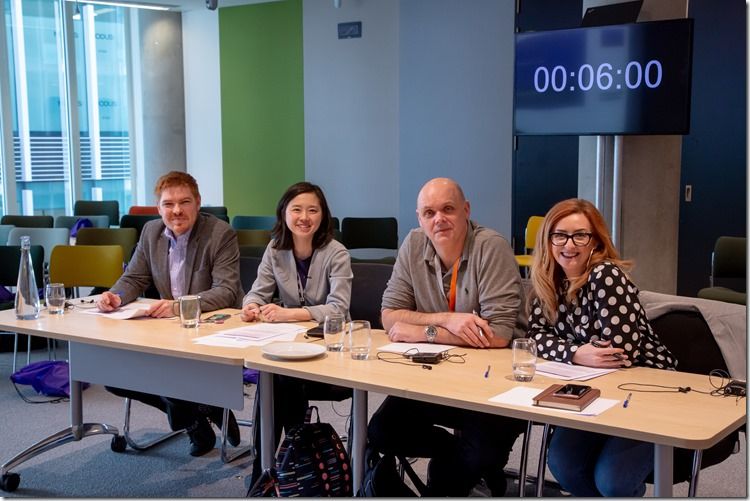 The Judging panel had the difficult task of choosing who will go through to the worldwide finals this July, which will take place at Microsoft HQ, Redmond, Seattle, US.


Format of the Final


Each of the 10 Finalist teams had 8 mins to pitch their solution and then 6 mins of questions from the judges, 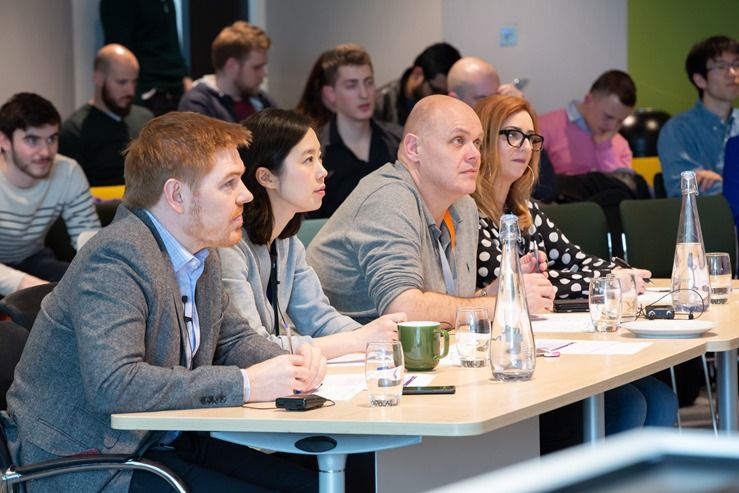 
“The talent in the room [was] spectacular. The panel was staggered at the level of creativity, thought, expertise and insight; every team brought something different to the table.”


Attendees and guest to the final got engaged with social media including twitter and snapchat sharing their experiences of the day with the finalist from across the UK representing the best developers, designers and technologist in the country. 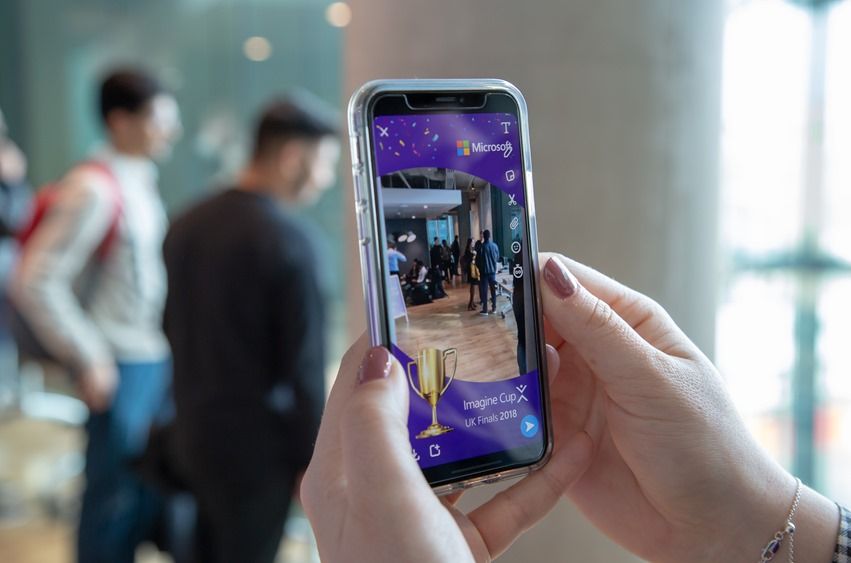 
Interview Bot: The University of Manchester

A web application developed to prepare students for job and internship interviews. The application gives real-time feedback on the user’s response to interview-style questions, including sentiment analysis and a written transcript of the interview.

Samuel Littlefair , Pranay Mistri and Roneel Bhagwakar , from the University of Manchester, have been crowned champions of Microsoft’s UK Imagine Cup and will now go through to the grand final in the US, where they could win up to $100,000. 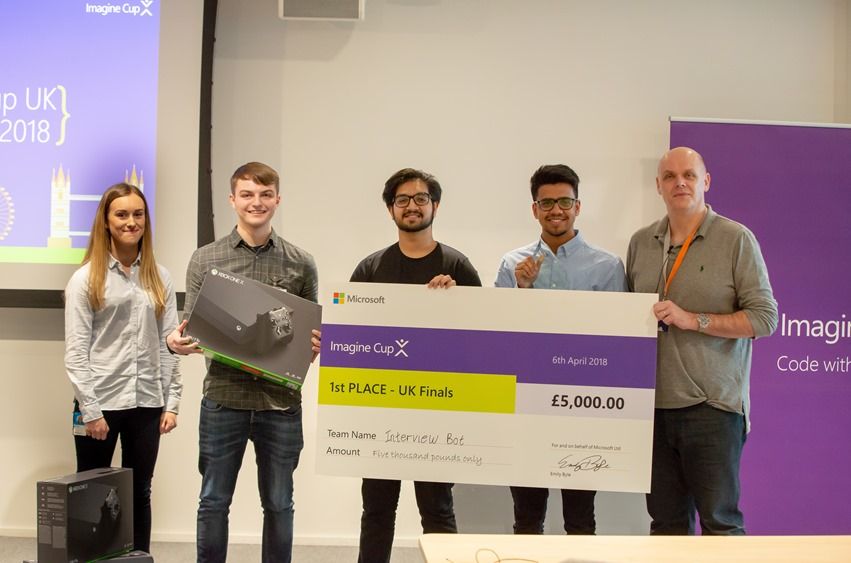 Firefighting Training Simulator using both the HoloLens and Mixed Reality headset to educate and teach the public and trainee fighters on how to deal with different scenarios.

The second-place prize of £3,000 was awarded to a team called Black Light from the University of Abertay. The group created a firefighting training simulator and engagement tool which utilise mixed-reality showcasing collaboration and interaction between HoloLens and Windows Mixed Reality. 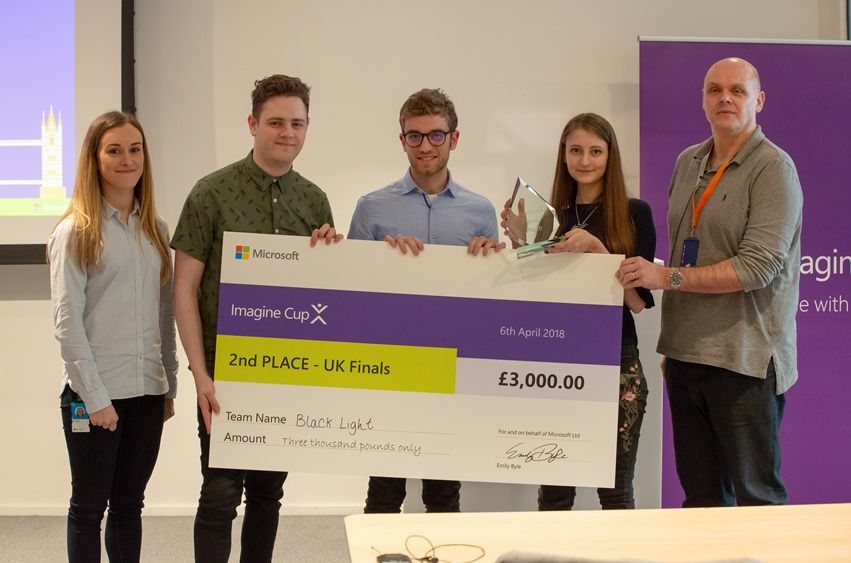 There are 250+ million people with visual impairments - People with visual impairments frequently rely on a Screen Reader to navigate the internet. The Screen Reader reads out what’s on each page. When the Screen Reader reaches an image it has to rely on the “alt tag” to provide a caption for the image. For the majority of the internet these “alt tags” are either missing (think of any user-uploaded content such as Twitter or LinkedIn), superficial or inaccurate . Imagine seeing a job post where the information to apply is in a screenshot but all you hear is “Image”.  This happens to millions of people everyday.

We improve the internet accessibility for those with visual impairments by using machine learning, powered by Microsoft’s Cognitive Services, to generate the missing image descriptions the service has been supported

Visual Cognition – a team from University College London, Imperial College and University of Cambridge that uses machine learning to improve internet accessibility for those with visual impairments – took home the third-place prize of £2,000. 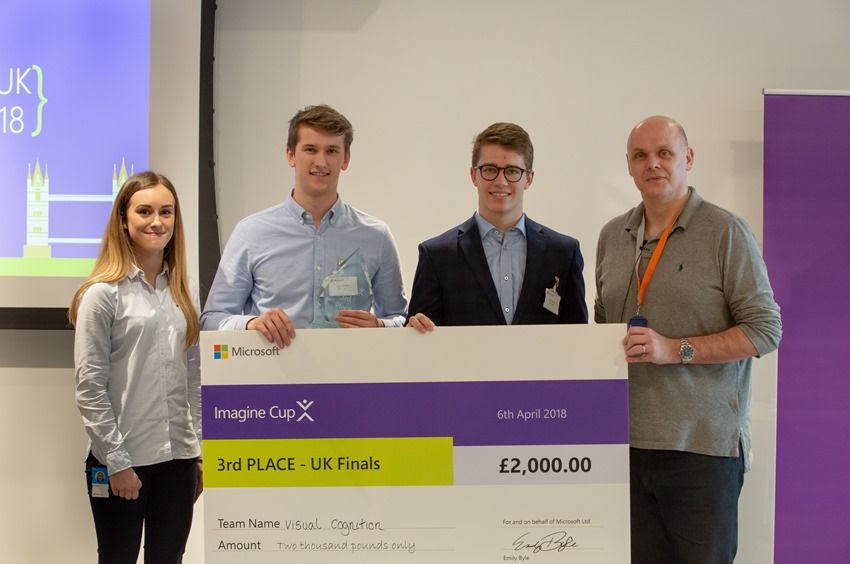 We wish the top team good luck in the World Wide Final which will take place in Seattle this summer and huge thanks for the all the attendees and finalists who made it a truly amazing experience for all involved. You can read more about the winners at https://news.microsoft.com/en-gb/2018/04/11/ai-bot-that-helps-people-prepare-for-job-interviews-...
0 Likes
Like