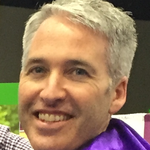 We are excited to announce the launch of the latest updates to the OneNote Class Notebook API for Office 365!

Building on our original OneNote Class Notebook application programming interface (API), today we are announcing new improvements to make it even easier and faster to create and manage OneNote Class Notebooks programmatically.  Up until now, IT admins and Microsoft Education Partners  had to wait when calling our endpoints until the response returned. This took longer and made it more difficult to automate the process.

With the new APIs, the IT Admins and partners can more easily automate the Class Notebook creation, update, and transfer process.  All API operations are executed in a timely manner and the status is updated. Using the Location URL and the operations endpoint, users can poll to get the status of their requests. We have implemented new asynchronous versions of the following operations: Create class notebooks, Add students and teachers,  Remove students and teachers, Transfer notebook, and Update class membership.

We have also released the API to automate page locking in a Class notebook. The capabilities released are:

For more information about the general page lock features, see Use page locking in a Class Notebook.

Based on the feedback received from teachers and IT admins about the issues involving students and teachers access not working correctly, we have released the automation of a repair notebook action. The API reads the list of students and teachers from the class notebook metadata. It then reapplies students' permissions to their section groups, _Content Library and _Collaboration Space. It also reapplies teachers' permissions to Students, _Content Library, _Collaboration Space, and _Teacher Only section groups.

For Class Notebooks that are created inside a Office 365 Unified Group or a Microsoft Teams Class Team, AAD group membership changes can be sync'd with the Class Notebook by calling the Update Membership API. There is an Async and Sync version of this API.

For IT Admins and Partners who work with the OneNote Class Notebook API, we hope these new improvements make it even easier to deploy and use Class Notebooks within your schools.