Why does maximize use the auto-hide titlebar?

Why does maximize use the auto-hide titlebar?

I'm curious - why, on Mac, does Edge's maximize implementation use an auto-hide titlebar, z-ordered on top of the tabs, rather than giving the window controls a permanent spot left of the tabs, as when unmaximized? 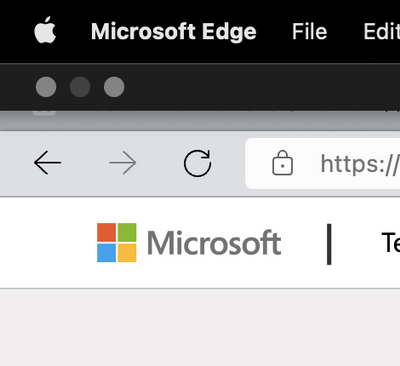 The auto-hide UI makes mousing to switch tabs difficult - when moving up, if I overshoot the tabs a bit, then the titlebar covers them, and I have to overshoot down dismiss it, before trying again. Feels like I could be more efficient, the app interface more accessible and less "chatty", if Edge didn't do this, and I'm curious if there's a strong reason it needs to stay as it is.

There are many Mac apps that use the same auto-hide titlebar - but the apps that have meaningful user interface at the top edge of windows, Finder, for example, give the window controls a permanent position on the left, as I suggest Edge could do. (I'm not sure what the Office team's doing auto-hiding the controls themselves - which causes the "quick action" buttons to move horizontally if you overshoot them - please don't follow that example! A permanent position for buttons is the ideal.)

I suppose this didn't used to be a big deal until Spaces changed how maximize works - before that full-screen modes like Chrome/Edge's were an exception rather than the rule.