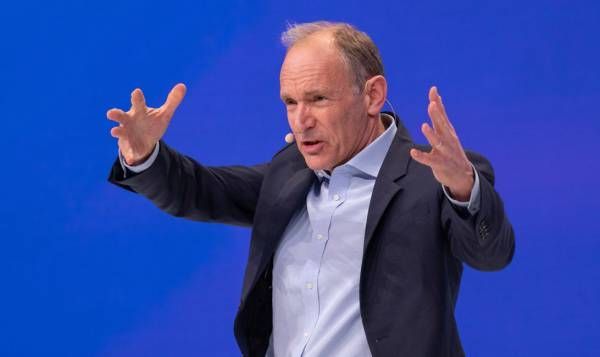 The World Wide Web Consortium has been around for a quarter century. A few years after Tim Berners-Lee invented the World Wide Web, he also established the W3C to standardize how it works -- a critical foundation to the technology. Open standards mean anyone can build web technology, whether it's a browser or a website.

That openness is in strong contrast to, say, writing apps for iPhone or Android apps or Windows, where a company sets the rules. No single entity holds control over the web.

The W3C celebrated its 25th anniversary Tuesday with a little bit of self-description and self-promotion but also with a reiteration of Berners-Lee's warning about the work needed to keep the web from turning into a cesspool.

Berners-Lee is trying to establish a "contract for the web" to counteract hate speech and censorship while ensuring everyone gets access. Berners-Lee is stepping beyond the confines of the W3C to try to further some of this vision, helping to found a startup called Inrupt designed to let people reclaim control over their own data from giant corporations like Facebook and Google. 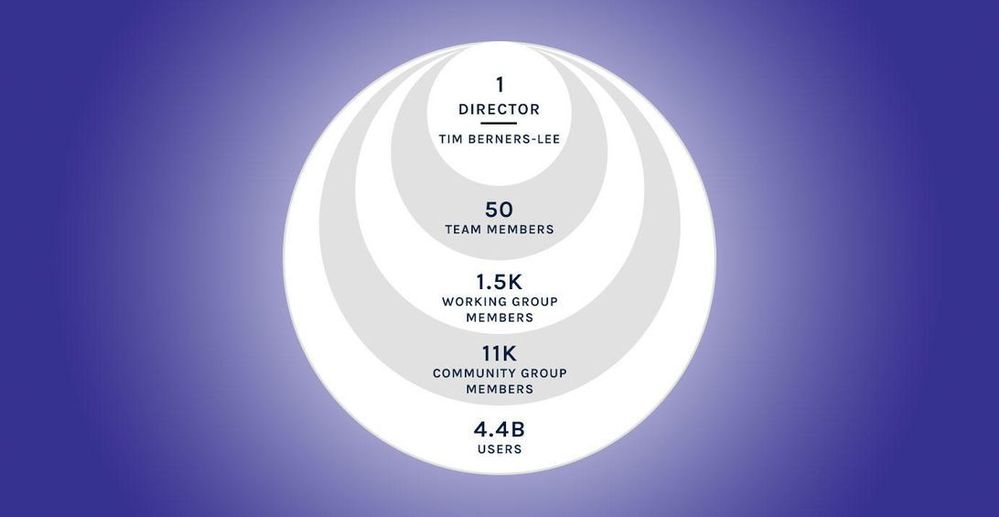 The W3C community extends beyond its membership.

The web and the W3C faces other challenges, too. For one thing, Google's Chrome browser dominates web usage, and few have the budget or ability to keep up. Combined with Google's power in designing very popular online services, that gives the company a lot of control and means that, to some degree, the web is what Google says it is.

The W3C also has had missteps. It abandoned the core standard used to build a web site -- HTML, or Hypertext Markup Language -- and only belatedly tried to reassert control after browser makers banded together to continue its lineage through a separate group, the Web Hypertext Application Technology Working Group (WHATWG).

That tussle over control was only resolved in May as the W3C agreed to follow the WHATWG's lead through a formal collaboration.

But the W3C, a nonprofit with 50 employees and 450 members, has plenty of work still under its purview. It's tackling subjects like online ads, web game technology, privacy, car technology. The web may not be perfect, but it's moving ahead.

This is a really interesting article, @HotCakeX.  While Google does have a large portion of the browser usage, there are a lot of other perspectives that show up in the W3C work groups.  Microsoft is also very active in these work groups and together we are trying to make the web better for everyone.  Thanks - Elliot

That's great, wasn't aware of that!
hopefully with the new Edge browser, the browser market share will be balanced.
once I read somewhere a quote saying that "people hate Google Chrome but people use it anyway", I think it's because of the lack of a good competitor with enough influence in various markets (laptops, PCs, phones etc), such as Microsoft.

I mean Firefox is decent, but companies like Mozilla or Opera don't produce devices that people use everyday so they don't have the required grip on the market to fight against a tech giant like Google.

Another sign that Google is trying to dictate standards for everyone.

"Starting with Chrome version 80, which will be released to the development channel in January 2020, will mark even HTTPS pages with mixed content as Not Secure."

I guess after that, people will think that if Chrome marks a page as non secure then it IS definitely non secure (considering the big market share of chrome), and if other browsers do not mark it as non secure then those browsers are not good or secure enough thus Chrome is better!..
trust me there are a Lot of people out there with that way of thinking...

"Google has been pushing for web page owners and developers to move over to secure and encrypted HTTP, a.k.a. HTTPS, by clearly marking insecure web pages in Chrome. It serves both as a warning for users as well as something like a shame campaign and it seems to have at least worked. "

A blog or article page that gets No information from the visitors and has No login/sign up feature does Not need HTTPS.

HTTPS tries (and Fails lots of times) to prevent eavesdropping so for example when you sign in to a website and enter your username and password, the transmitted data won't be able to be read by a 3rd party. that is totally useless for those type of websites that do not get any information from the visitors. but Google forces everyone to pay money and buy useless SSL certificates. this is Not right.