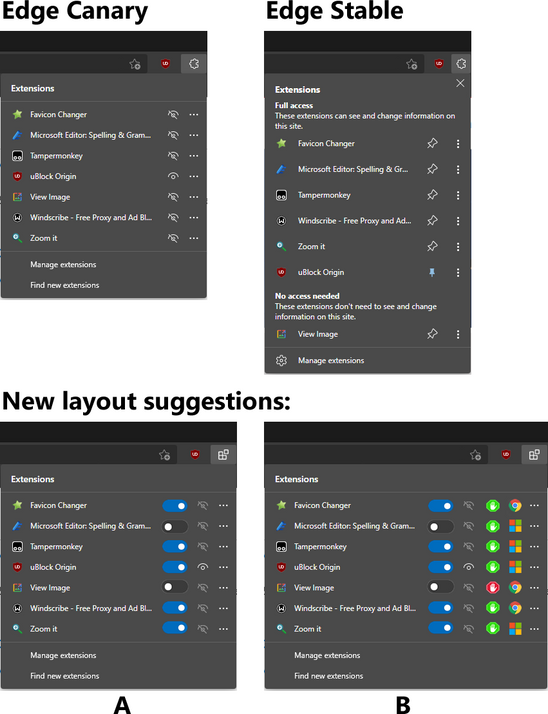 I decided to play around with the fly-out menu design of the extensions a little.

I even changed the icon that represents the extensions.

In example A I changed the image of the eye that represents a hidden extension to a darker shade, so that there is a greater contrast between the "hidden" eyes and the "visible" eyes.

Still in example A, I put turn on/off buttons so that it is possible to activate or deactivate an extension directly from there.

Example B is more confusing (hehe). Here I also placed icons that indicate whether the extension has access to the site or not. (Maybe the Stop icon is not the best icon for that...)
And I also added icons that indicate the source of that extension (Microsoft, Google), and by clicking on these icons you would go directly to the respective store and extension

Re: Suggestions to Extensions fly-out

[Feature suggestion] Add toggle to enable or disable the extensions in extensions fly-out.