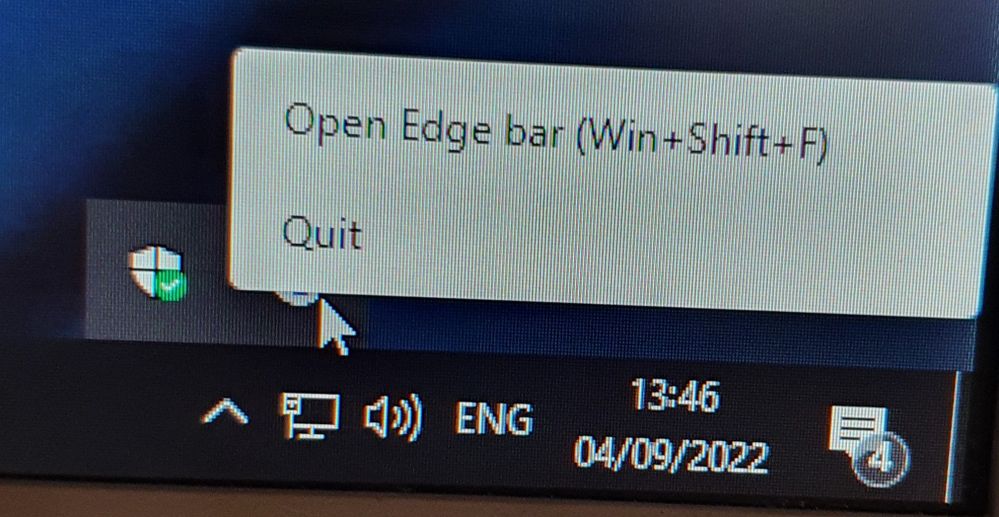 Hi all. I act as informal tech support for family and friends, and I have come up against the following issue on my brothers PC that has beaten me although I have found a workaround.
The problem PC is Windows 10 Home and the latest version of Edge. Without warning we suddenly found that the desktop was distorted with a semi-transparent panel over where the start menu and pinned apps would be whilst the whole desktop was pushed over to the right hand two thirds of the screen.
On restart the display was perfectly normal for a few minutes then changed to the distorted version, leading me to think this was being triggered by an app in Startup. Also, in the taskbar notification area there was an Edge icon but a slightly distorted version. Hovering the mouse produced a pop up with two options, 1. Open Edge bar (Win+Shift+F) and 2. Quit. When I clicked "Quit" the screen display changed back to normal. The issue reappeared after every restart until I disabled "Microsoft Edge" in Task Manager - Startup.
Clearly all this was caused by Edge, so I updated it to the latest supported version, enabled Edge in Startup and the problem immediately came back.
As noted, I have the workaround of disabling Edge in Startup but would be interested to know if anyone knows about this as I cannot find anything with internet searches.