Only One Installed Theme Allowed?

Only One Installed Theme Allowed?

Is it really only possible to have one externally installed theme, whether from the Edge Add-Ons page or the Chrome Web Store?

Granted, I have not used Chrome itself in ages, so I don't know if that's just a Chromium limitation, or if Edge itself only supports a single custom/paintbrush icon theme. I only switched back to Edge "Stable" because Edge Dev 93.0.910.5 is completely broken for me on YouTube and several other sites.

Anyways, as far as I can remember [and as a comparison], Firefox will actually allow me to "install" multiple themes and not just apply them on the fly. I still have all of my older pre-Proton themes still showing up in my install of Firefox Nightly, albeit with limited functionality due to said Proton re-design.

TL;DR Installing a new extension doesn't automatically uninstall the rest of them, themes should behave the same way lol.

Re: Only One Installed Theme Allowed?

Any previously installed themes will still show up as "Added" in the Chrome Web Store, meaning you'd have to "remove" them from those pages and then "Add" them again to return to using one of them. 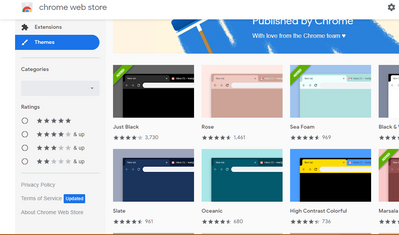 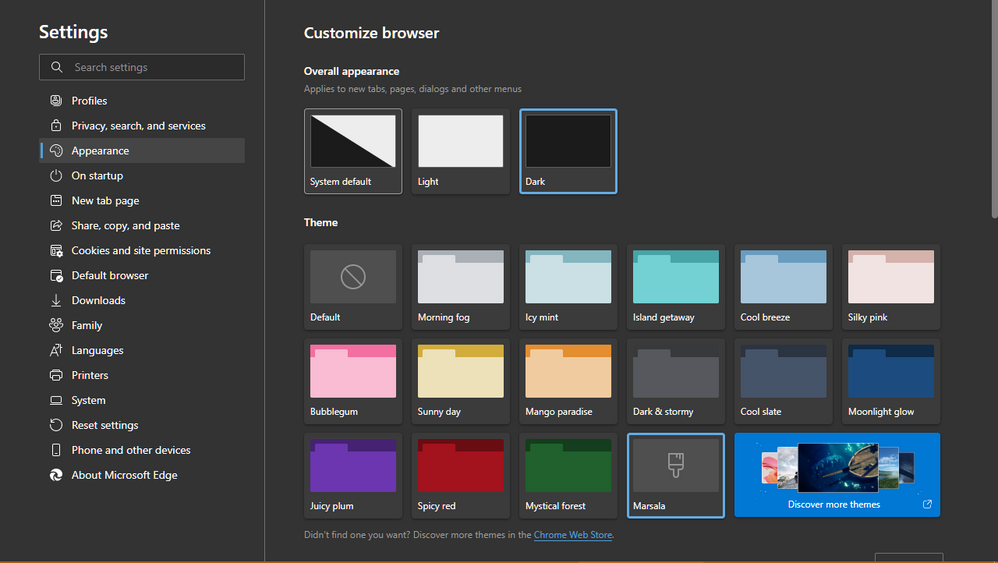