Saw this on Twitter about Microsoft Edge insider by former Microsoft engineer Jonathan Sampson and there are detailed proofs attached to it.

I hope this behavior is only for Insider version of the new Edge, i.e when Edge reaches stable state, it will no longer communicate with all of those unrelated domains and servers that Don't belong to Microsoft.

"What happens when you install the Edge (Chromium) Beta build and run it for the first time? I was curious. On first-run, Edge fired off 130+ requests to nearly 50 endpoints. Here they are, sorted by total calls. Time to take a closer look." 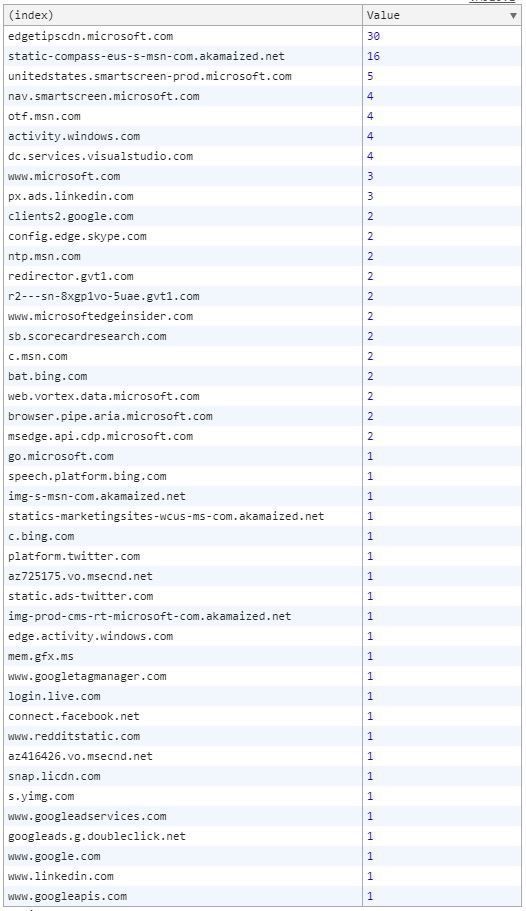 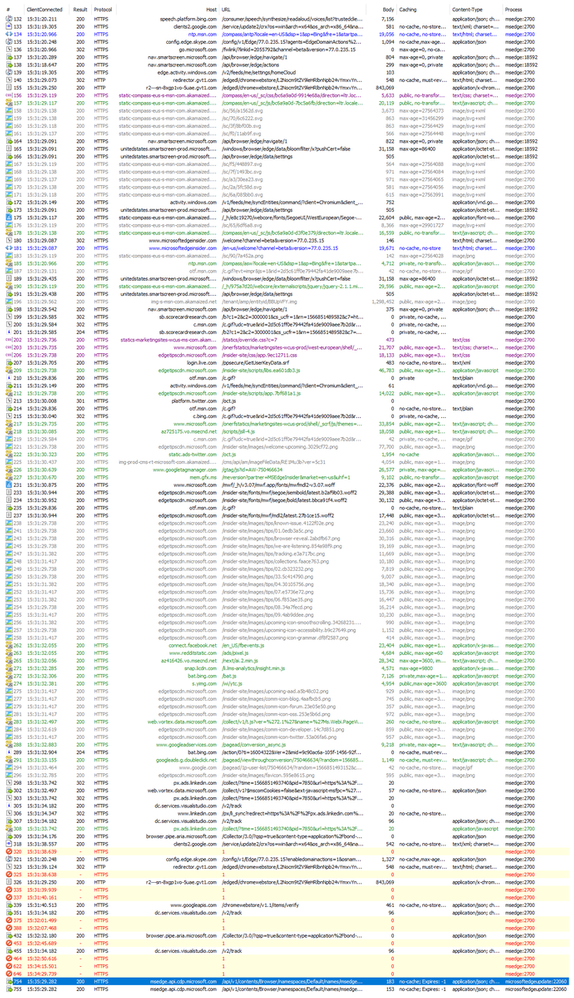 That total of 130 requests made by Edge compares to 26 for Firefox, 32 for Google Chrome, 23 made by Brave, and 31 by Vivaldi. Only Opera approaches Microsoft Edge for the number of calls it makes, including 19 calls just to Yandex.ru, the Russian search giant, as well as Amazon, Google, and Walmart.

"Back to Yandex though. Opera not only pings them, but informs them that I am setting up a new profile with Opera (via the referer header and query string). This header also goes to Facebook, Google, and Hotjar. All of these now know that I am a fresh Opera user," continues Sampson.

You can read the rest of it here with details and information about other parts of these requests.

Hi @HotCakeX, we are aware of this, and have already gone through the Insider pages that were the biggest contributors to the count, and removed many of the requests.  Thank you - Elliot

Let me put my 5 cents — as for yandex, it is banned in Ukraine completely as company known for pro-kremlin spying, altering search results in favour of anti-Ukrainian and anti-Western context. Here are some good reads:
https://jamestown.org/program/yandex-tool-russian-disinformation-cyber-operations-ukraine/
https://www.rferl.org/a/ukraine-yandex-sbu-raids/28516331.html
https://informnapalm.org/en/hybrid-wars-yandex-s-hidden-threat-infographic/
0 Likes
Reply