issue with touchscreen behavior with links

issue with touchscreen behavior with links

Just filed it on the Chromium bug tracker (it's not specific to Edge) but thought I should post it here so Edge team can see it because it's relevant to Windows tablets and it's very annoying, also, maybe Edge team is more familiar with this issue than Google https://bugs.chromium.org/p/chromium/issues/detail?id=1065676

@Bdsrev I read your chromium report. In legacy edge, a box appears that indicates that when you release, it will open the options. You can replicate this on the desktop screen, because edge was using the same tech as windows. Interestingly enough, this also appears in Firefox, though I'm not completely surprised as Firefox has derived many of its feature ideas from edge. 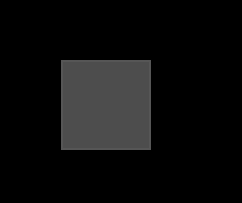 This is probably a windows specific action that is built into the underlying UI that is different than apple/android. My suggestion would be for chromium to follow in Firefoxes footsteps because I doubt that it will be easy to make the mobile actions happen on windows, which has since quit developing the mobile parts of the OS. I may be wrong though.

Edit: They may not have allowed the menu to popup because if someone is scrolling but holds it down too long, it would be annoying for them to tap away from it and continue to scroll again.

We'll see what Edge team says. I just tried it on a friends iPad and it behaves just like Android too, so maybe they'll think about changing this if it's not too much work. It's important to not allow all these papercuts to build up over time ("death by a thousand papercuts")
0 Likes
Reply

I'm sorry to come back to this but I actually use my Surface pro as a tablet and this is surprisingly annoying, can someone please take a look at this? I just can't get used to it, it should work the same as Android/iOS
0 Likes
Reply