[FIXED] Favorites still revert back from Icon only to normal mode

[FIXED] Favorites still revert back from Icon only to normal mode

I think only way to prevent that is so turn off sync for favorites until it's resolved.

Though I'm glad at least we can actually sync favorites Icon in the new Edge browser. I've always had this problem with Firefox, they don't do this. after Years (5 years later), I tried their latest version (ver 72) recently again and they Still don't do it. the only way is to load all of your bookmarks at least once after installing firefox which is totally silly cause I have over 500 bookmarks and don't want to choke my computer.

when I ask firefox support, they give me this: 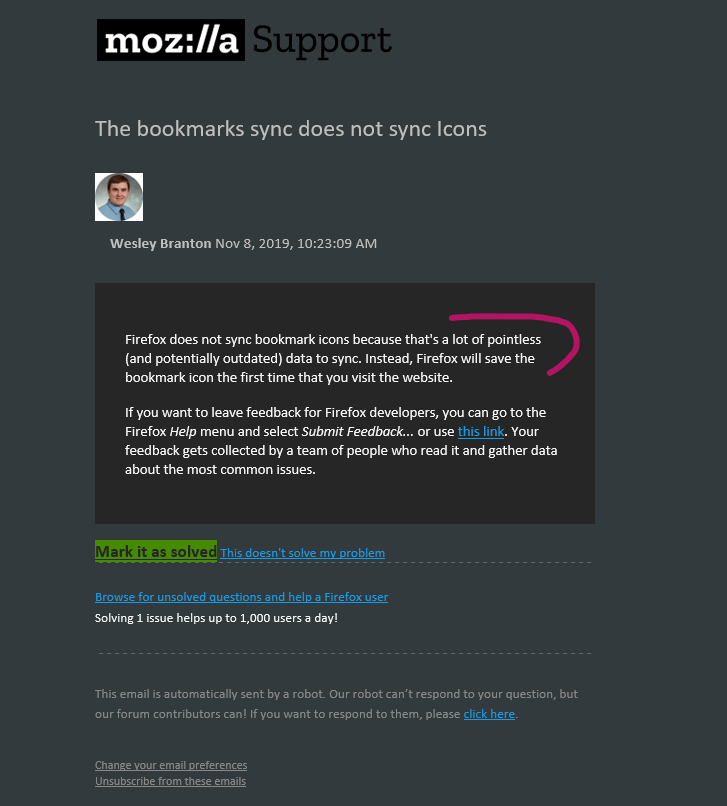 I don't even know what to answer to That. they say syncing favorites icon is "pointless". just OMG

That really got me speechless!

anyway I'm glad Microsoft chose Chromium instead of Firefox's engine, firefox boast about community centred browser and that kind of stuff but in reality, nothing, it's all myth.

So even though I'm having sync problem with the new Edge browser, I'd still prefer Edge to Firefox anyday.

Re: Favorites still revert back from Icon only to normal mode

also about the sync:

"We wanted users that had multiple devices with different screen sizes (our favorite one is a Surface Studio owner who has a Surface Go for travel) to have control of "Show icon only" for each device. We are exploring a way to set this setting for multiple favorites so it's more efficient. "

that means whether a favorite is set to icon-only or not is not going to be synced between different devices.