I've noticed an odd vertical rendering pattern on Bing in recent weeks, and I have no idea what is causing it. 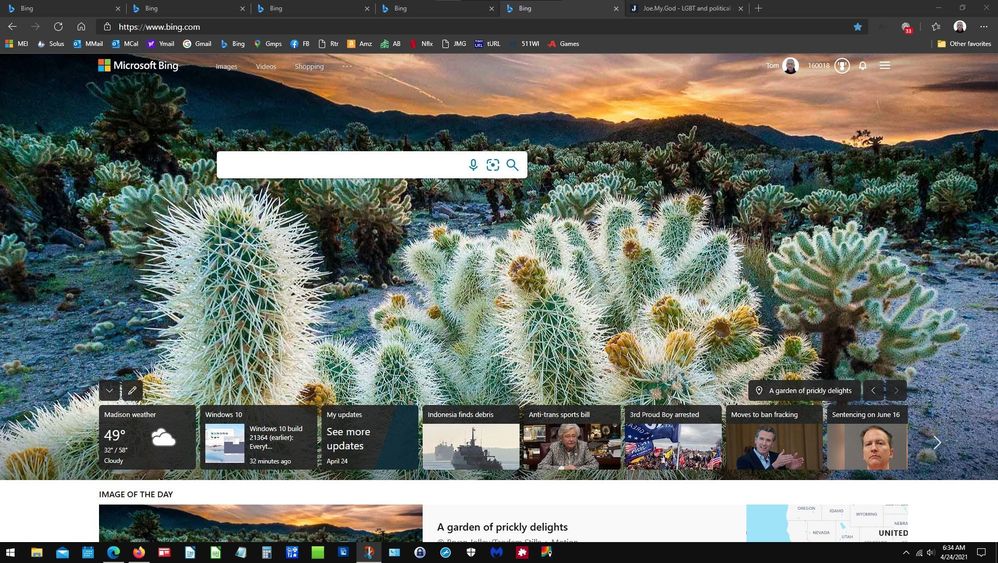 The issue does not invariably present (for example, this morning three of the four Bing tabs display the split, but one does not, at other times it might be one of the four, two of the four or all four) but having at least one Bing tab show the split at startup is almost always the case.

I've also noticed that opening new Bing tabs ("Open in New Tab" off my Favorites bar) sometimes presents the split screen, but other times does not present a split screen.  I haven't tried to quantify the number of times Bing renders the split screen rather than the normal screen (offhand, I'd say the frequency is roughly 50-50, but that is just an impression, probably wrong). 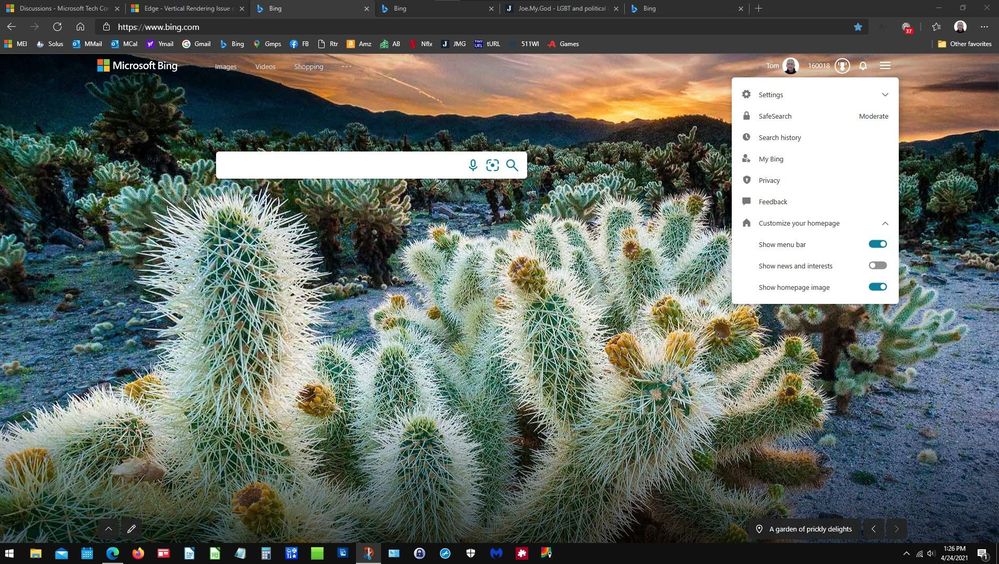 I notice this issue very frequently on my main desktop (Dell Optiplex 7080 - see below), but I also notice the issue on other Windows computers.  The 7080 is the first computer that I turn on every morning, so the issue might be related to a glitch in Windows/Edge/Bing startup.  The other difference is that the 7080 runs Intel UHD 630 graphics and the others run Intel UHD 620 graphics.

I have Edge set to open four Bing tabs on Startup: 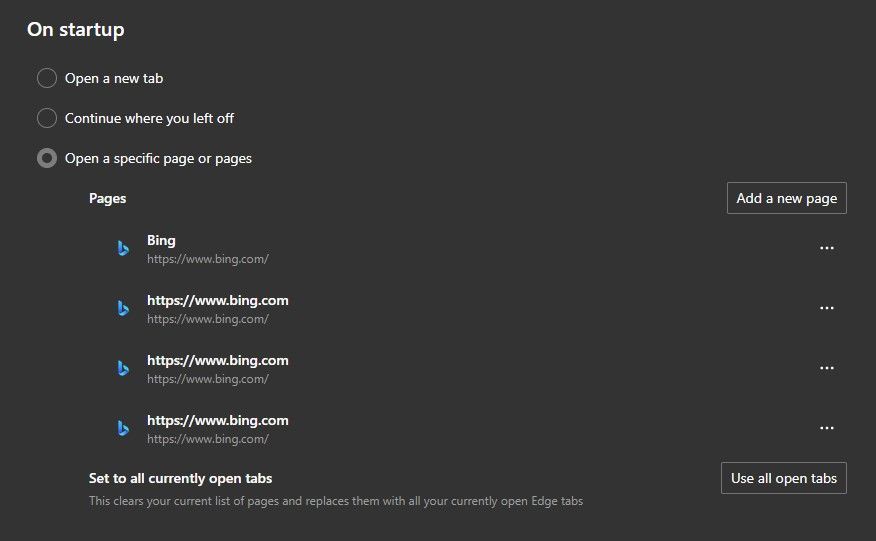 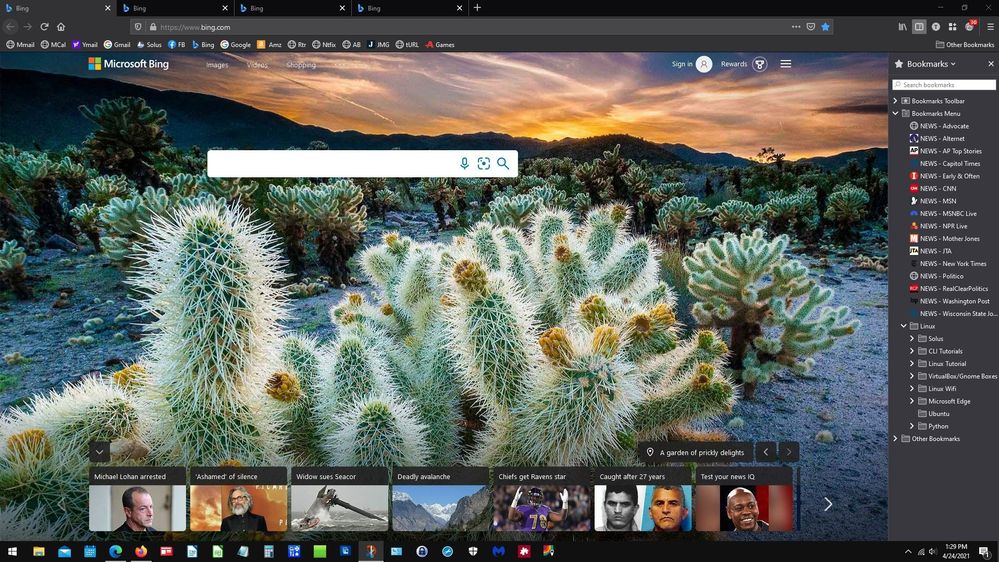 The Windows-Edge rendering issue presents itself on the following computers, all of which are relatively vanilla, using standard Intel graphics:

I checked my Edge and Bing settings across the affected computers, and the Edge and Bing settings are identical.  I sync Edge settings.  My Edge is stock, with the exception of CookieAutoDelete extension.  I've done the basic troubleshooting, but I have absolutely no idea what is causing this, in part because the rendering issues are sporadic.  The rendering, when problematic, is as if the Bing screen is rendered for a resolution of 1920x700 +/- instead of 1920 x 1080, because the bottom 10% (the part below the split) appears as if I had scrolled down to open that area.

I've seen nothing posted about this issue, so I assume that it is not common.  I have reported it to Feedback, but I have not opened a MEI Support ticket.  Is anyone else running into this, and does anyone have suggestions about how I can continue troubleshooting this issue?

It is not a show-stopper, but it gets annoying after a while.