Hello Insiders!  Today we’re releasing build 93.0.957.0 to the Dev channel.  In enterprise news, we’ve got an overview of how to opt into Extended Stable starting in version 94:  https://blogs.windows.com/msedgedev/2021/07/15/opt-in-extended-stable-release-cycle/.  And for our web devs, we’re excited to tell you about recent updates to Visual Studio Code that will make debugging easier:  https://blogs.windows.com/msedgedev/2021/07/16/easier-debugging-developer-tools-in-visual-studio-cod....  As for what’s new in the product:

For those of you who use Stable, look for version 92 to be coming to it soon!

@josh_bodner - PDFs don't render properly inside the browser on MacOS since an update last month I've attached a screenshot. 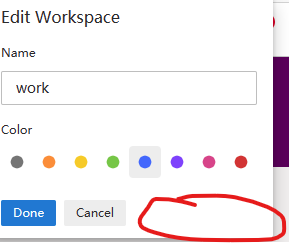 @josh_bodner Same problem when opening PDFs with the integrated viewer as mentioned by @dejan_008  and @MarkBarbieri.

It happens at least since v.92 Dev, not tested on other channels.

I have reported this as a bug.

Edge still uses double energy as compared to other browser in mac.
I have attached screenshot
https://techcommunity.microsoft.com/t5/discussions/microsoft-edge-using-double-the-average-energy-im...

Exactly !!. I am surprised that it has not been fixed for such a long time
0 Likes
Reply

@dejan_008 I too face this issue and have submitted 3 reports regarding this.

Hi. There are display problems. A number of buttons (close-window buttons and others) are present but don't show up. Titles are missing. 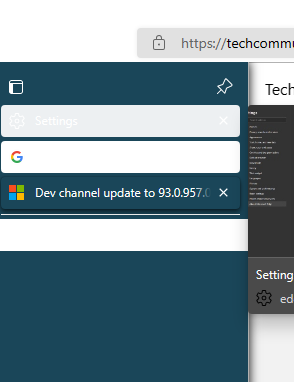 I just don't get it. 4 versions of Edge Dev now and edge://settings/passwords still loads a blank page. On the Windows side Edge Dev has run perfect for me for months. On the M1 Mac, without being able to see the Passwords page, I am sorry to say it's useless. I just don't get how this keeps getting not resolved???????
1 Like
Reply

I am having the same issue.  With the last update, the active tab information was blank.  Now, many of the buttons have disappeared.  Clicking in the area still makes the appropriate action take place.

@dejan_008 this isn't the first report we've gotten of this issue, and we're looking into it.

@BobD68 Every week we've been fixing a different cause of that blank settings page, but none of them have apparently been doing it for the new Macs!  We're still working on it.

Screenshot kind of says it all: in this new version, every single Edge Dev window has this black border around it.

Edit: It is still annoying that I can't sync with my work account in either Edge Dev or Beta.

@josh_bodner - Thank you for confirming this - I know it's not the first report as I previously reported it as well, but this being somewhat of critical display problem I'm not sure why it isn't listed in the known issues

So that's that. Well, you'll be pleased to know this is the last time I'll be going on about this.

You have now done it. Ever since the Extensions button was added and the expanded area for toolbar buttons at the top of the More.. menu was removed from Canary and Edge, I have repeatedly sent feedback about how this is NO GOOD for people like me who use e.g. 20 more extensions with toolbar buttons that need right- and left clicking on frequently than will fit on the toolbar (for me, only a max of 10 fit on the toolbar while leaving a big enough URL bar, so that's 30 buttons total leaving 20 not visible in the toolbar). The Extensions button may have use for MANAGING extensions (though would be a lot more useful if it contained options to disable/enable, not just uninstall) but it is no good for USE. The old UI with the expanded toolbar area at the top of the MORE menu presented ONLY the buttons NOT visible on the toolbar, had the buttons displaying and working the same as on the toolbar, and presented 6 per line meaning 20 are on only 4 lines at the top of the menu, all close to get to after clicking on MORE. And on top of that the buttons could be re-ordered as on the toolbar so one could put those often used at the top in easy reach.

The extensions dropdown menu is simply not anywhere near being a suitable alternative for USE of the extensions, for accessing them to frequently left and right click on them. ALL extension buttons are there, including the ones already visible on the toolbar, making it harder to find the one wanted and requiring more moving and scrolling; they are one per line in the menu. requiring moving the mouse much further and having to scroll to get at many; and it's not even possible to change them from alphabetical order to put those most used in easy reach so not needing scrolling (as well as having to try to remember sometimes odd names of extensions to then know how far down the list to look).

It is just not acceptable to me, and is something basic and fundamental to Edge's UI for browsing that no number of vertical menus, PDF reading enhancements, bells, whistles or shiny toys make up for.

I have repeatedly said, in reports land in comments here after each Dev release, that if Canary and Dev showed no sign of an acceptable UI for many more extension buttons than fit in the toolbar - whether restoring the old one alongside the extensions button for extension management (there's no reason why it has to be one or the other rather than both), or something new - before the old UI disappeared from Stable, I would be quitting even trying Edge - and on my Android phone too, as I need browsers on phone and laptop that work together. My copy of Stable has just updated to 92.0.902.55. The expanded toolbar area at the top of the MORE menu has gone, while the Extensions button, just as it still is in Canary and Dev, has replaced it. It therefore now fails my basic needs as a browser in all versions. After I have posted this, I will be uninstalling all versions of Edge from both my laptop and my phone and giving up on Edge for good. And unsubscribe from here as there's no point me staying subscrobed.

Great job. That change to the UI for more extensions than will fit on the bar has completely killed this program for me. Luckily the recent Proton update to Firefox has cleaned it up, speeded it right up, and managed to clean up and simplify the basic interface while not removing all the features for more advanced and demanding users. Good bye.

The issue from @jcursiolf's screenshot is really bad here. Normal windows have huge black borders around it in Linux now. And PWA style windows (those without the address bar) have no border at all!