Certainly beats dropping a shortcut on the desktop which, is what dragging the Fav, also, does.  Adds another reason to why Pin to desktop doesn't exist/isn't needed.

The basic here is, there are heaps of cool ways to do or access things in Win10 making shortcuts & desktop shortcuts rarely necessary.

*************************************
Hopefully people can have a sense of humour over this one.  This is the blurb from the site to app page. Talks about pinning to taskbar for future convenience AND doesn't, even, mention the desktop.  Not that it should be surprising.  And it's humourous having icon on the same surface where one is doing things with open windows... the taskbar can ALWAYS be seen.  One can only click on things one can, actually, see ;) 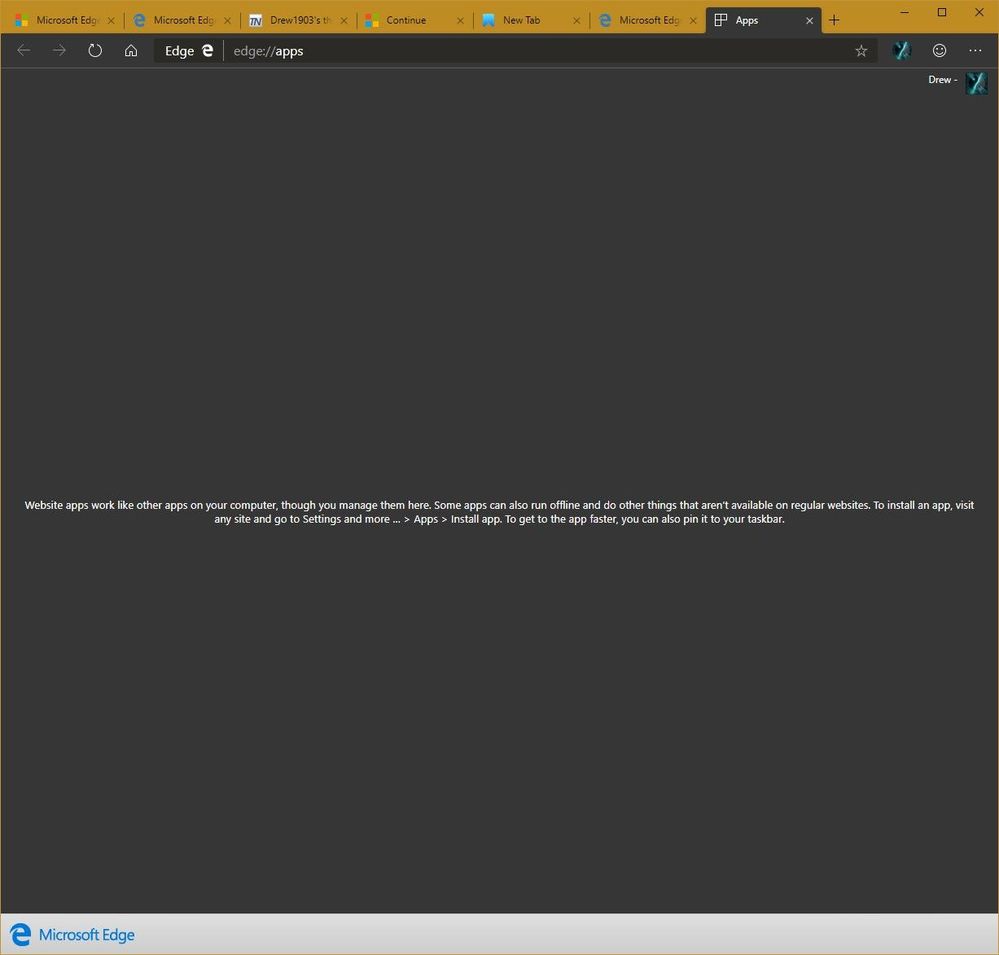 Yes, absolutely, it is missing, Jacques.  A separate choice. Right now, they have Pin to taskbar throwing it on Start simultaneously.  They DO, still, need to put Pin to Start as a separate choice not the 2 tied together.  I have reported this to Feedback & I urge others to do the same.

Look, let me say this.  I know sometimes people don't like it when it is said certain use of the desktop is misguided. Yet, the interesting irony is when a person sees navigating the OS without having a forest of icons spread across their screen they usually find it appealing, even, thrilling.  I don't, really, know why or how some come to think desktop is their hub for actions & activity & rely on it heavily.  The main reason one can manage with not showing desktop icons & just using the Desktop toolbar is there needn't be anything there that needs frequent access.

No, there is no trick; should have it.  All taskbar items have a Rt Clk jumplist.  If it's the only item w/ no Rt Clk menu... I'll suggest initially you uninstall, download a new & reinstall Dev.  Report back, please, afterwards.  Thanks.

Geeez, wish I could track these conversations better :persevering_face:

Is there any ongoing work to solve the visual corruption that pretty much any Chromium-based application seems to suffer from after some minor runtime, when hardware accelerated rendering is enabled? It even affects stock Chrome now.

Because it's sure interesting when text starts to corrupt like bad antialiasing and video content and images from one browser window starts to invade the other one and vice versa. Doesn't really make me want to keep running and testing this.
0 Likes
Reply

@Glowtape i am having no such issues, it might be specific to your setup?  unless you turned on one of the the experimental flags that is off by default, in which case lol - thats why they are off by default....

I have one Reference folder that has over 4,000 links. Every one pinned to Desktop prior to its's relocation to the proper sub-folder. I hope Pin to Desktop is added back to the menu, not in place of "Pin to Taskbar" but in addition to.
2 Likes
Reply

Why? It was a great feature that distinguished IE and Edge ... No other browser has this ... Fix it, please.

The Last Pass plugin does not work ...

I will hasten to correct you. Edge does NOT have Pin to desktop nor does IE.  BUT, Both do & will Pin to taskbar, IE by dragging the URL logo, Edge by menu.  Both can drag a shortcut to the desktop... that is not pinning.  Nor are shortcuts needed or helping anything nor is desktop a collection basket.   Edge does have Pin to taskbar & Pin to start.  It took a while & enough voices, they dumped the Pin to desktop in Edge C, that wasn't supposed to be there, put Pin to taskbar that was supposed to be there and Pin to start is, still, missing. Nothing needs to be fixed, but, Pin to Start, still, needs to be added; seems some people want & use that.  On the other hand, there are a lot of Users who hardly ever go to Start.

The desktop is not a repository, anyway.  It's rather a moot point.  At least some things actually, bother to ask 1st, instead of forcing an icon onto the desktop, giving the End User a chance to say "No". Although, who cares, the few there are not showing, anyway, since going to them is rare, they can live in the Desktop toolbar, nicely out of sight. 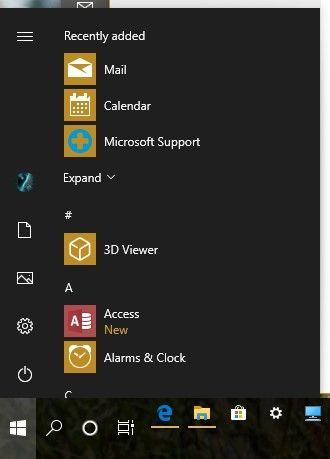 I said any Chromium based app with hardware acceleration on (e.g. Discord). And no experimental flags on specifically Edge either.

It's just current Windows 10 with an NVIDIA card and two displays.

And as alluded before, it's not just happening to me.

I have no such issues. Besides Features & Tools concerns not a lot of fault to find with display or performance.  Everything works & quite well, looks good, no crashes, no lags and so far have not hit any compatibility issues.  Not bad, at all, for such early Builds.

Try removing & re-installing w/ a fresh download; maybe there's some corruption somewhere. The couple of minutes it takes won't do any harm.

@PiecesOf8 You can still drag the icon in the URL bar to the desktop to pin it.

Well, that means that I've been doing something wrong, thanks!
And sorry for the inconveniences.
0 Likes
Reply

@PiecesOf8 Yes, why shouldn't pinning to taskbar and desktop both be options? And Start menu, too. A user may want to pin a website to any of these three places, depending on his or her own usage or or workflow system. In sum, you Edge should let you pin a website or web app anywhere you can pin a Windows app.

When can we expect an update to fluid scrolling like on MS Edge?

Craig, again, that is not pinning.  That is creating & putting a Shortcut on the desktop; silly as that is.  We don't pin to desktop hence it not existing in IE or EdgeHTML (nor Edge C).

Shortcuts are just road-signs or billboards spoiling the scenery and they are not pinning. 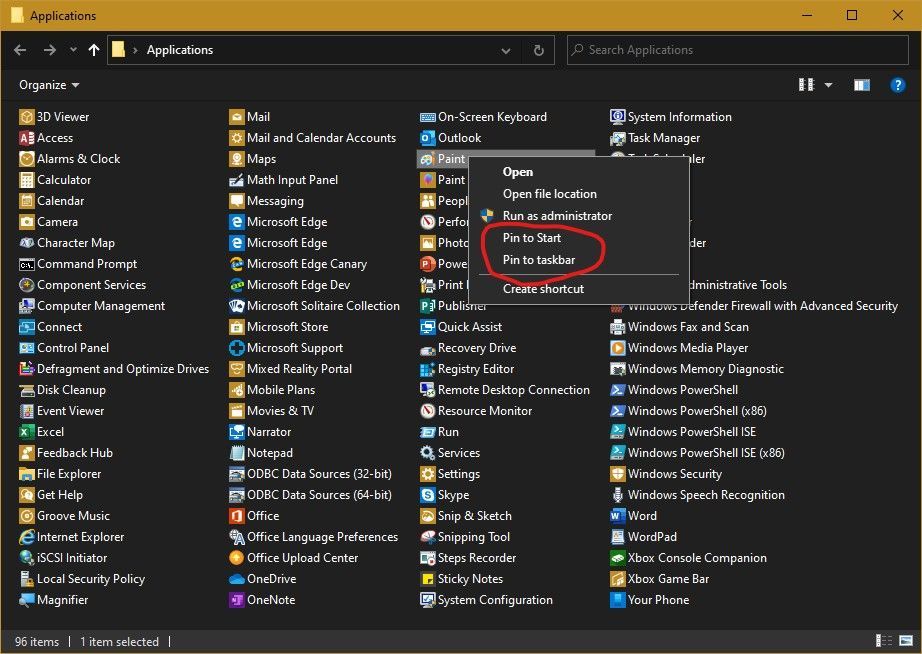 Mark, I don't know an exact date, but, it is one of the items advertised, currently, as "Coming Soon".  It is on the horizon.