Hello insiders! Today we released build 76.0.182.6 to the Microsoft Edge Dev Channel.  This is our very first update for the Mac Dev Channel, and as you can see below, we’re now including Mac changes in our release notes.  Some of the fixes and improvements that we believe are significant enough to mention include:

Changes in feature behavior or appearance:

Fixes for better reliability and security:

Thank you all for being an insider, and a special thanks to all of our Mac users over the past few weeks for helping us get our Mac builds stable enough to release to the Dev Channel.  Keep sending us that feedback!

@fjose Very annoying on my dual screen setup, most of the time, the YouTube UI will remain visible on my second screen. Doesn't happen with Chrome.

I see the problem in a normal windowed mode: 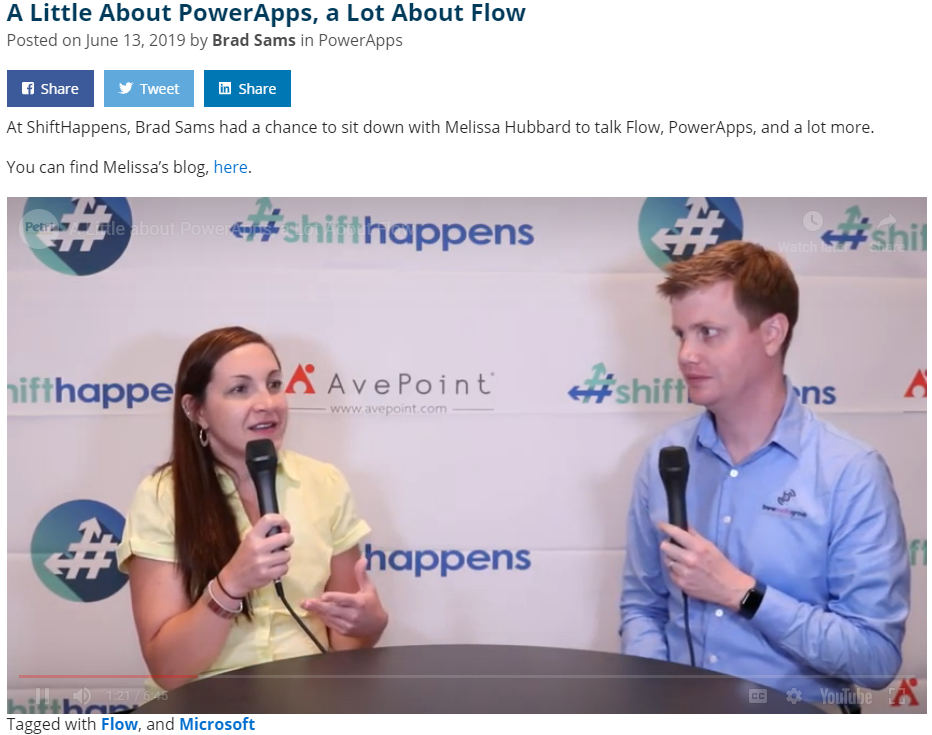 The screenshot is from here: https://www.petri.com/a-little-about-powerapps-a-lot-about-flow

@JoveroIV Yes, Adblock was crashing for me, but reinstalling stopped it from crashing! I think it was the extensions being corrupt, but a reinstall should help! Also, if you downloaded the extension from the chrome web store, try checking if the same extensions are on the official store!

@David Rubino awesome fix to history "X" clicking quickly.  That was a bit annoying.  Edge is so much faster due to the new foundation.

@awesomekalin For me, it would corrupt again after reinstalling.

@PlamenVT  For what it's worth, I have been using the MS extension for LastPass (currently 4.29.0) since the extension was first available in EdgeDev.  I use 2FA sign in, but DUO and not Ubikey.  When authenticating, the LastPass extension will complete sign in, but always with an error suggesting it had trouble contacting the server.  Despite this error, sign in is approved.  I've tested disapproving the sign in with the response that MFA failed - and I (thankfully) do not get access to the account when disapproved.  So, the short of this (outside of providing the alternate detail for our MS friends), is that temporarily moving from your hardware key to another form of MFA may keep you running in the interim.

This bug would be bothersome. I can't reproduce it: I moved the mouse in and out, but each time, the YouTube UI immediately faded away completely. Because it's so bothersome, I feel like I have a civic duty to troubleshoot. What GPU are you using?

Perhaps a new thread on this could help gather more info.

I've just tested it again and I still have the problem. I have attached a (poor) GIF of the problem. The GIF show the problem and at the end, I move the cursor over a link and the problem disappears.

I'm at a loss here. Is this bug still happening on newer Edge versions?

@ikjadoon I've just tested it again - no problems now. Before I could get it to fail within a few tries - now I have tried 50 or so times with no problem with this build:

Version 77.0.189.3 (Official build) dev (64-bit)
Just saw a new build has come up, but can't restart the browser just yet to test it out. But most likely it will still work in the new build.
1 Like
Reply

The issue I had with failed sign-in of LastPass with UbiKey is now fixed with the latest update.