Exactly! The same for all Mozilla browsers as well!
1 Like
Reply 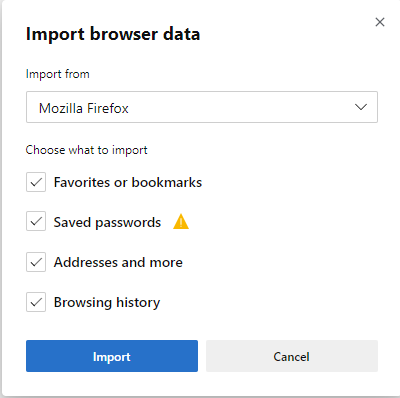 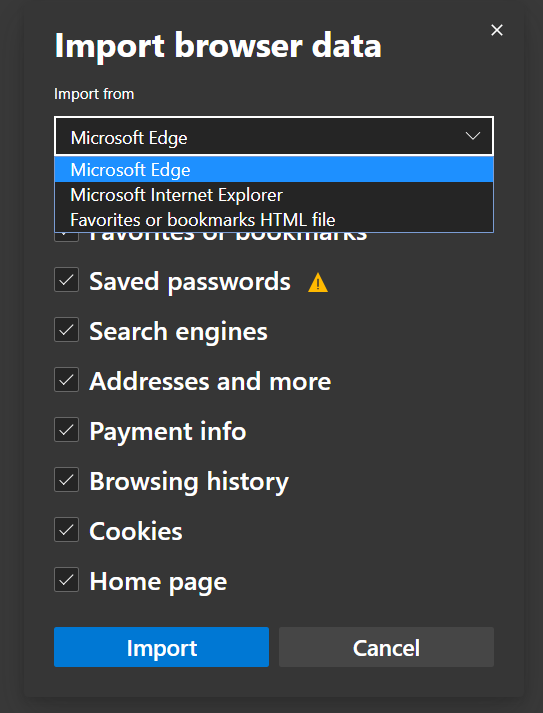 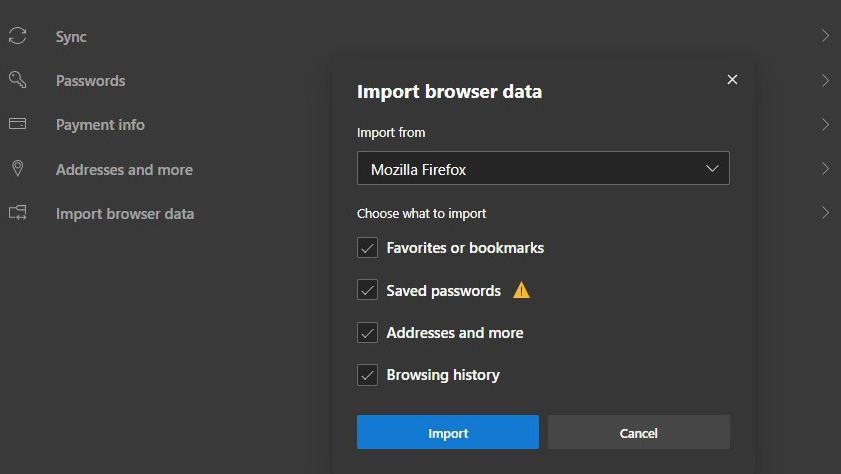 Firefox 74/75 and Edge 81/82 are compatible with each other. all the data can be imported now.
personally tested it myself several times.
0 Likes
Reply

No it's not working till now on Firefox 76.0.1 and Edge 84
Tried this on DOZENS of machines and the option of importing from Firefox isn't there.. ever.
They just simply don't care enough to fix this, therefore I don't care to use Edge on all of these machines.
0 Likes
Reply

@Omar-Os wrote:
the option of importing from Firefox isn't there

the option is definitely there. 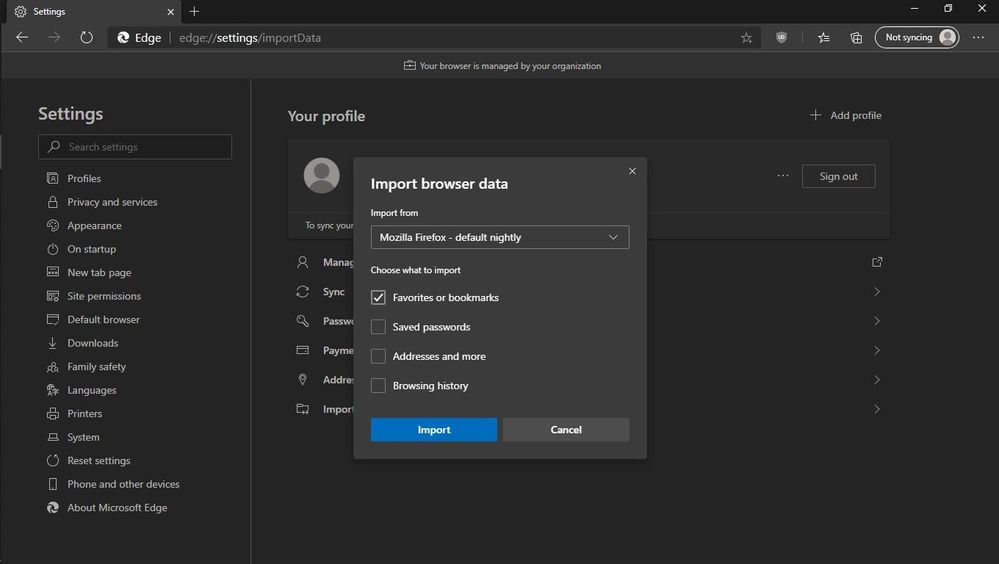 @whrsymoto
The option is definitely NOT there, for dozens of machines I've tried on.
And I'm not the only one who complains about this.

Omar would you know where is your Firefox instance installed? Also, where is your firefox profile located? Could be that there is a bug with a non standard installation of FF.
0 Likes
Reply

@rishavsharan
Dozens of machines and a lot more people complaining and it's a FF bug ??!!

BTW it's happening since the first build of Chromium Edge which means around a year and a half ago with all Firefox versions all that time including the Firefox ESR, nightly and Betas as well.
And all was tested on Edge Canary, Dev, Beta & Stable.. on Windows 7,8,10 x86 and x64 and it's always the same, no Firefox option! I thought you don't have the option to import Firefox until  I saw people sending me screenshots telling me it's there! Which I hardly believe right now..

Mine and all the others are always in the default location: