Turn on suggestions
Auto-suggest helps you quickly narrow down your search results by suggesting possible matches as you type.
Showing results for
Show  only  | Search instead for
Did you mean:
SCCM AMT Provisioning Flowcharts
By

Support for AMT provisioning through SCCM was introduced in SCCM SP1.  Being able to manage systems through AMT is extremely useful and there is a good amount of documentation already about using SCCM and AMT.  Working through this technology I thought it would be helpful to have flowcharts that document how provisioning works both with SCCM natively supported AMT systems (AMT firmware version 3.2.1 forward) vs. legacy provisioning (firmware less than 3.2.1).  There are two provisioning options – in band and out of band.  The flowchart goes into depth on each and includes sample logs and step by step processing during the provisioning process.  I posted another set of flowcharts on my blog previously detailing the function of other SCCM components such as NAP, SUM, DCM, etc.  I released those in an html format and have since been asked many times for the Visio source files I used to create the HTML.  So, this time I’m posting the Visio source but understand that these flows are designed to be used in web format so you can dynamically navigate from page to page.  When you download the attached visio, open it and save it as a web page.  From there you will be able to navigate as if it were hosted on a web site but don’t have to hassle with actually posting it to a website.  Some sample screenshots are below. 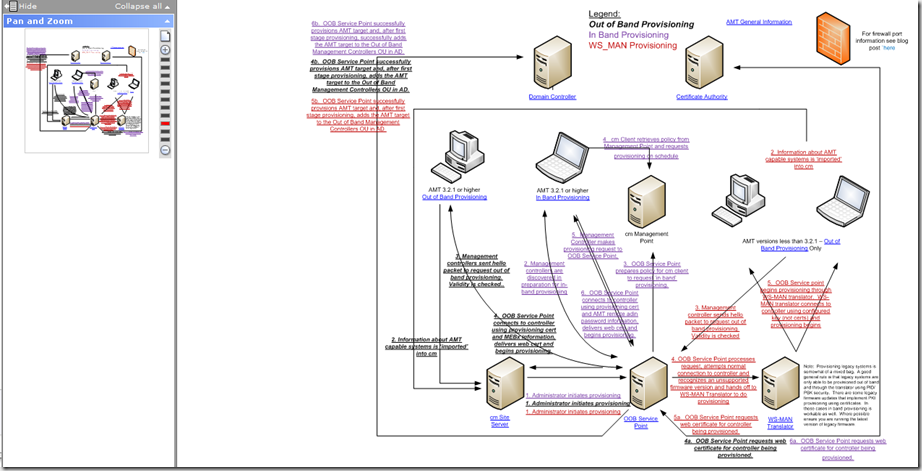 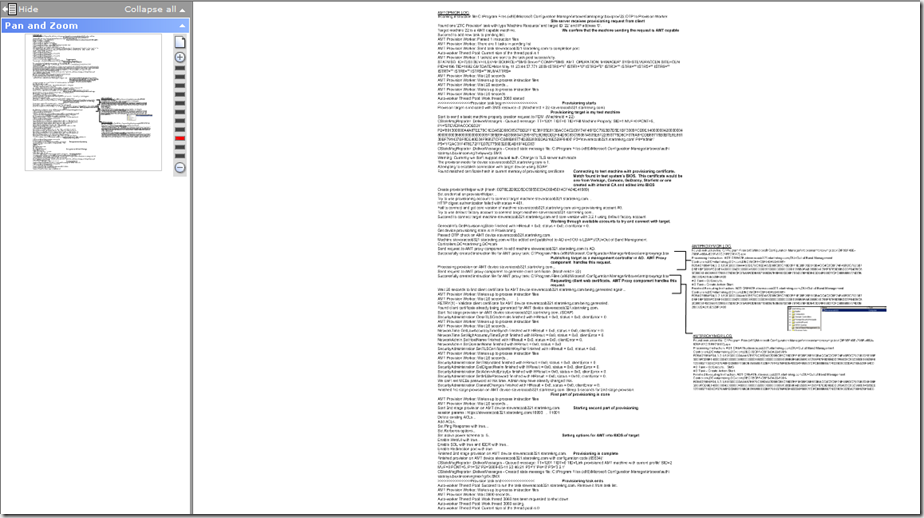