Remove the Quick Launch in SharePoint 2013

There are two ways to remove the Quick Launch in SharePoint 2013. The first is to open the site in Share Designer, and uncheck the option to "Display Quick Launch". While this works, it doesn't move the content to the left. You're left with an empty space that doesn't look great. 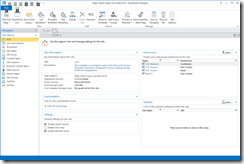