Turn on suggestions
Auto-suggest helps you quickly narrow down your search results by suggesting possible matches as you type.
Showing results for
Show  only  | Search instead for
Did you mean:
Playing with Cortana on Invoke
By

Playing with Cortana on Invoke

I was very surprised and excited to discover that Microsoft has teamed up with Harman kardon and produced a smart speaker with Cortana, the device has been named Invoke .  I personally have been waiting for a device like this so I of course had to buy it :) 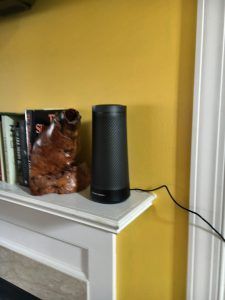 I got it on Sunday and have started to play with it using the ability to add items to lists and playing music from the online service Iheartradio which was pretty simple, but i have to admit i am considering the paid version of Spotify for improved music selection (However it was awesome watching my oldest yell at Cortana to play Fetty Wap :))

First impressions, the sound is amazing and it is elegant (I have decided to leave it on mantle in TV room), I was surprised by the size as you can see in the image below.

Next I will be setting up the house automation portion so that Cortana can control the temperature and several lights in my house. 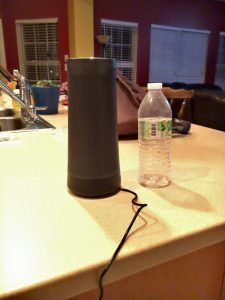