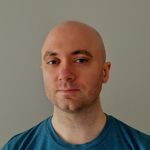 This orchestration group will contain 5 members and will use the sequence rule with both a pre-script and post-script to demonstrate those running. Not all members require the updates that will be deployed. 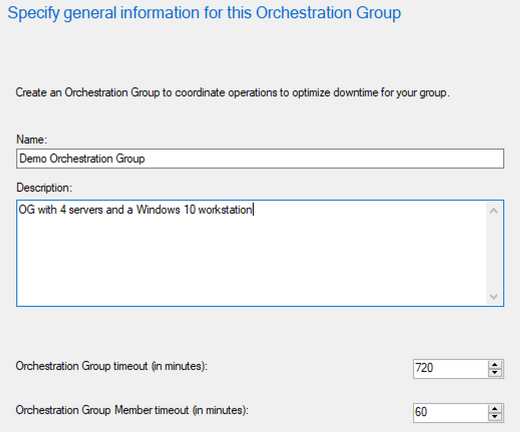 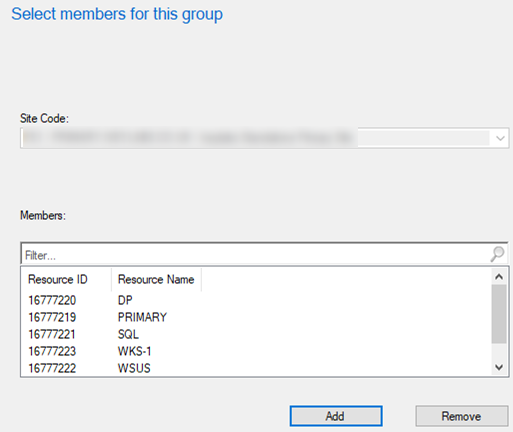 The next step is to specify the orchestration rule mentioned earlier: 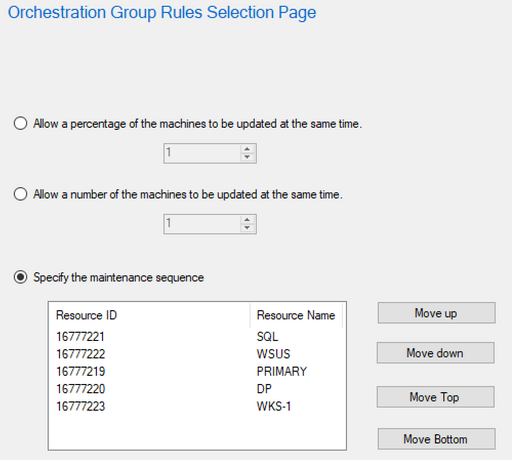 Once you define your desired rule and proceed, you will be presented with a stage for pre-script and a stage for post-script. Here is my example pre-script. I will use an almost identical post-script, with “pre” substituted for “post”. Take note of the return value being required upon success: 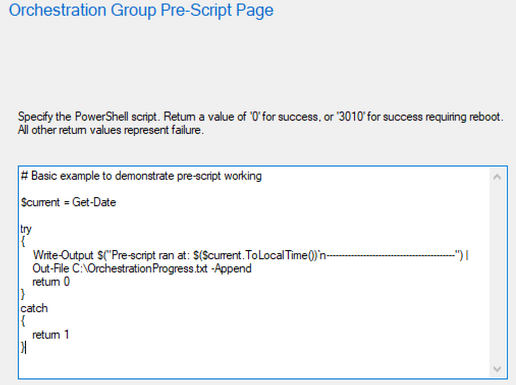 Proceeding past the script stages will present you with a familiar-looking summary screen before wizard completion: 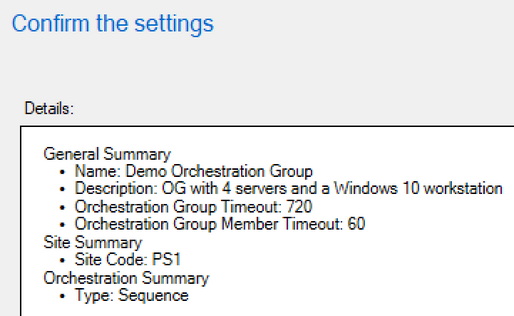 Here is our new orchestration group, ready and waiting: 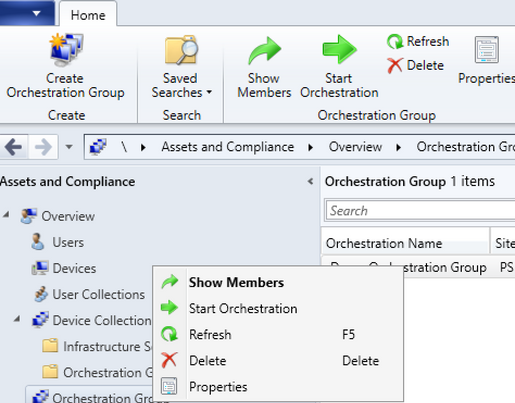 Double-clicking or selecting Show Members on the orchestration group will list all members and show the progress of orchestration (states include: Idle, Waiting, In Progress, Failed and Reboot pending):

From one of the clients that did have an update to install, we can see that the pre-script and post-script ran successfully:

If for whatever reason you want to be able to re-run orchestration, you can select the member/s and choose to Reset Orchestration Group Member, which will allow orchestration to be run again: 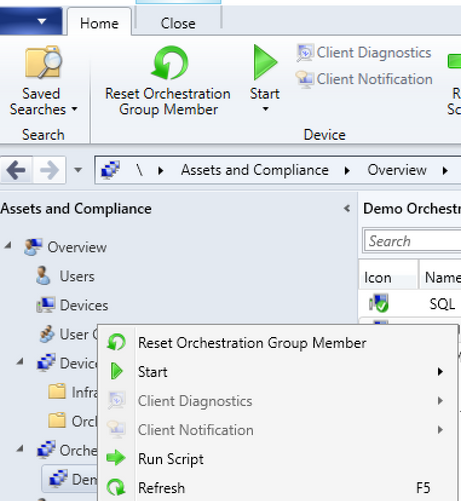 Once orchestration begins, the SMS_OrchestrationGroup.log shows some progress: 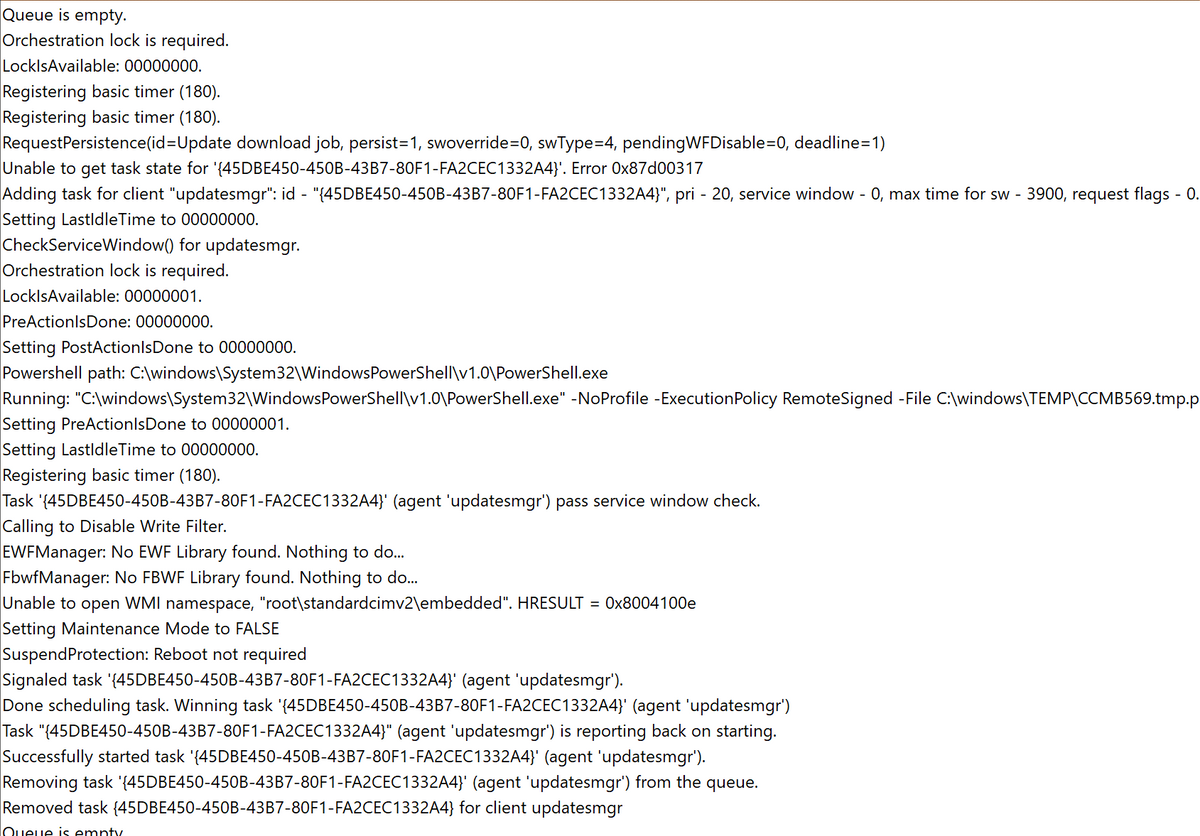 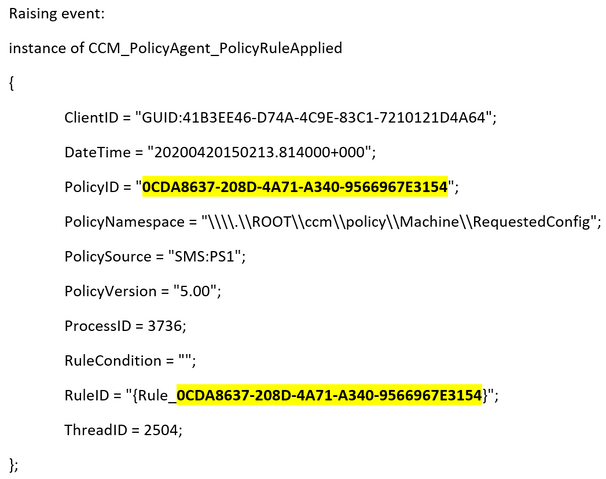 As always, please keep sending suggestions, smiles and frowns to provide us with valuable feedback, which all help towards creation of great features like the one discussed in this blog post.