Connect to a Home Network from Anywhere via Azure, Point to Site and Site to Site VPNs

Connect to a Home Network from Anywhere via Azure, Point to Site and Site to Site VPNs

I was recently onsite with a customer and using their guest wireless network. I wanted to connect into my lab network at home for a demo and like many of you, I have enabled port forwarding on my Internet router for the RDP protocol into my home lab.

Typically, this works great and I have direct connectivity from the Internet at-large into my home lab but on that day, it failed via the guest network. I tried connecting through the Internet-sharing feature of my phone, though, and I was able to connect.

I asked the customer about port restrictions on the guest network and sure enough, their security team was blocking everything except "standard web ports". This explained why I couldn't connect to RDP via their network but my phone tether was fine.

Since I have been digging more and more into Azure IaaS and, in particular, networking in Azure, I thought there might be a way to solve this port blocking issue with "The Cloud."

I had already followed some great blog posts to get my on-premises home lab network connected into a network up in Azure through the use of a Site to Site VPN (S2S).

Also, I had a way to connect from my Internet-connected client directly into my Azure network through a Point to Site (P2S) VPN.

Thus, we have the topic of this blog post.

To start with, let's set up prerequisites, define some terms, and document some of the network settings.

Here are the networks and addresses I'll be working with in this post - use appropriate network addresses for your specific setup. 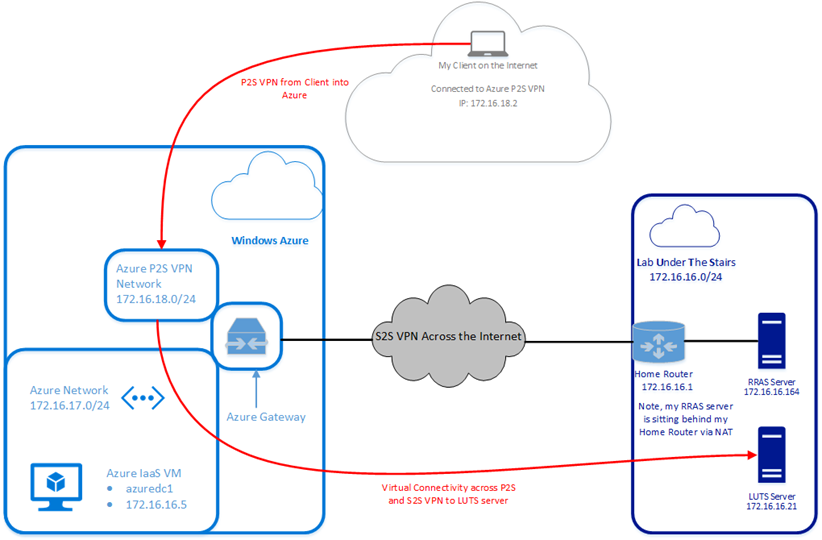 From here, let's start by looking at my P2S client side routing table (below) while I was VPNed into my Azure network (the gray laptop in the above diagram). 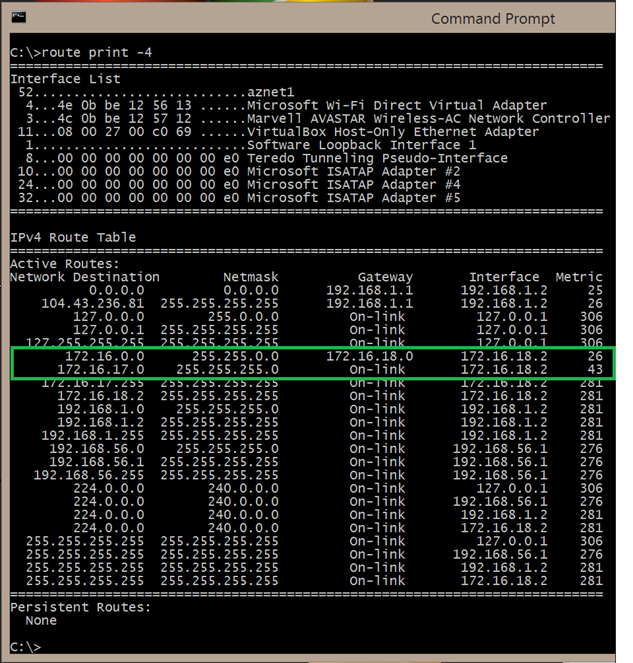 Unfortunately, a ping from my client PC shows that something is amiss here.

As you can see in the route print below, from a server in my lab, it does not know of a route to the P2S VPN network.

Interestingly, there is no route to the Azure network either. 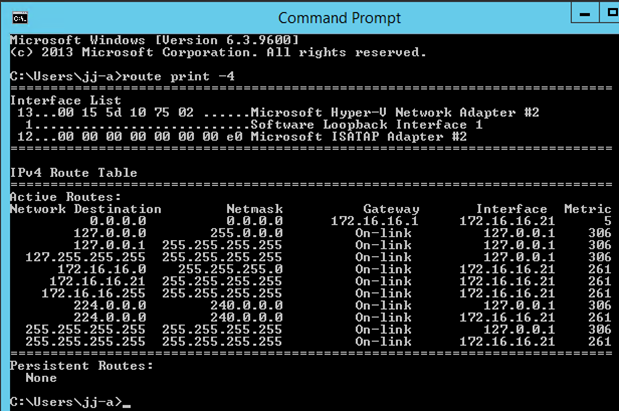 Taking a quick step back, I want to note that in Mike Hildebrand's post (referenced above), he took the simple path and used the RRAS server as his default gateway: all network traffic leaving his lab network has to go through the RRAS server.

I had a couple of options to make this work; edit each host or edit the network.

Knowing that I can fix my network (rather than configuring each host) I figured I just needed to add another route that points traffic headed for my P2S VPN clients to the RRAS server as well (router UI screenshot below):

I set that up but still no joy, my pings were still timing out…

The next troubleshooting step for me was to get a network trace from my LUTS server to make sure that packets were actually getting to the LUTS server and to see where they headed after they left.

Using one of my favorite commands "netsh trace start capture=yes", I captured some traffic while I was pinging from my P2S VPN client to the LUTS server.

Looking at the ICMP traffic in that trace, it shows that my client does get the "echo request" packet from the P2S VPN client (great news!).

WAIT - why is my LUTS server being re-directed from my RRAS system back to the default gateway??

Could it be that my RRAS system doesn't know how to route packets back to the Azure P2S VPN network?

The good news is that I can rectify that issue with a simple addition to the static routes in the RRAS console: 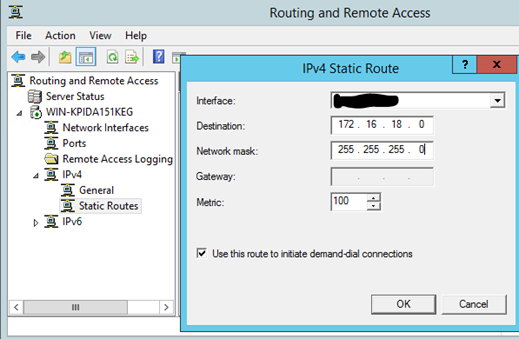 After that last piece, SUCCESS!!!

With this post, my intent was to discuss connectivity to a home lab through Azure and some of the routing challenges I encountered, as well as some of the troubleshooting and resolution steps.

Thanks for reading and please let me know your thoughts.