Turn on suggestions
Auto-suggest helps you quickly narrow down your search results by suggesting possible matches as you type.
Showing results for
Show  only  | Search instead for
Did you mean:
MDT 8450 Now Available
By 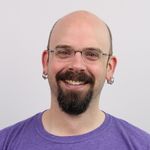 Here is a summary of the significant changes in this build of MDT:


See the following post on How to get help with MDT .

In anticipation of some questions that you may have about this release (or MDT in general):

Q: The Inevitable Current Branch Versioning Soup Question; some variation of, “is this only supported with ADK/Win10/SCCM version X”?

We primarily tested this build of MDT with the configuration listed above. Anything outside of that will have a high probability of still working, but your mileage may vary as we haven’t explicitly tested other combinations.

Q: When is the next planned release of MDT?

We do not currently have a timeframe. We will release any tactical changes as needed which may be required to support new builds of Windows 10 or Configuration Manager.

Q: Is this the last release of MDT?

No, we will continue to iterate and invest in the product.