Use security scopes to limit an administrative users access to specific secured objects. Security roles grant the class level permission to the user such as “Read Applications”. Security scopes grant instance level permission for which applications they can read. Administrators who are familiar with Configuration Manager 2007, could view security scopes as a way of grouping “Instance Permissions”. (reference http://technet.microsoft.com/en-us/library/bb632332.aspx)


A Collection is the group of devices or users the administrative user can manage. Unlike security roles and security scopes, collections support a hierarchy relationship by using the collection limiting functionality that is new in Configuration Manager 2012.  The Configuration Manager collection features, which include Collection Limiting and the “Exclude” and “Include” membership rules, are very powerful administration tools. If you define a query based collection called “All Desktops”, it can be limited to (a subset of) of the “All Systems” collection.  If you want to ensure that “All Desktops” never contains servers, you can create a membership rule that excludes the “All Servers” collection.  Even if you accidentally add a server as a direct member to “All Desktops”, that server would not be evaluated as “All Desktops” member because the exclude rule takes precedence.


1)  If you have multiple Configuration Manager 2007 sites only to serve as administration boundaries, you can now reduce your infrastructure cost by using fewer servers and sites through the use of collections!


2)  When an administrator is assigned to the “All Windows 7” collection, that collection is evaluated across the entire hierarchy, not just within the local site.  This means that if you have a global “Assets and Compliance Manager”, they can manage all systems from one Configuration Manager console.  With Configuration Manager 2007 they would need to sign into each site and repetitively perform their duties.  Now, they can do this once, from one console, from wherever they are located.


3)  If you would like to keep your previous administrative boundaries (e.g. Europe and North America), you will need to define a collection for each of these groups and assign them to your administrative users.


Let’s go through a full user scenario to understand these concepts. Kevin is granted the “Full Administrator” security role with access to all objects and all collections during the installation of the Configuration Manager site. Kevin’s company has two primary locations, North America and Europe. Kevin wants to grant Meg the responsibility of managing applications for the North America desktops. Also, Kevin prefers that Meg can see all of the applications in the Configuration Manager, including those for the Europe desktops. 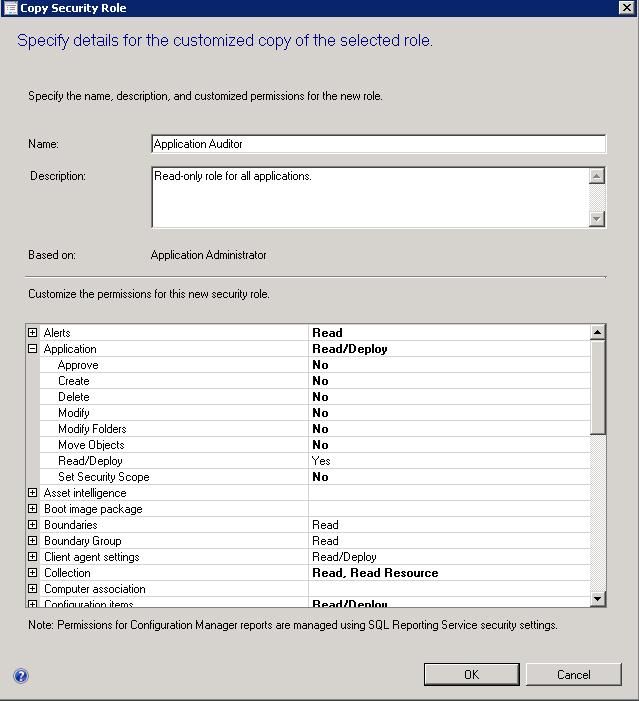 
Kevin then goes to the Security Scope node of the Configuration Manager console, and adds two new security scopes. He names them as NA and EU. Now he needs to assign related objects to the right security scope based on the objects locations. To make the application deployment scenario work correctly, Kevin not only assigns some applications to the security scopes, but also associates the proper distribution points and distribution point groups into the security scope he created. To do this, Kevin has to go to the Application the Distribution Points node or the Distribution Point Groups node in the Configuration Manager Console, select the objects, and set the security scopes for these objects. There are already two existing collections which include desktops in North American and Europe. Kevin can use them to limit the devices Meg can manage. 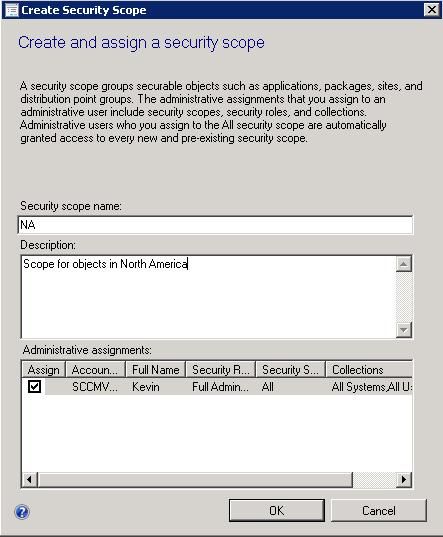 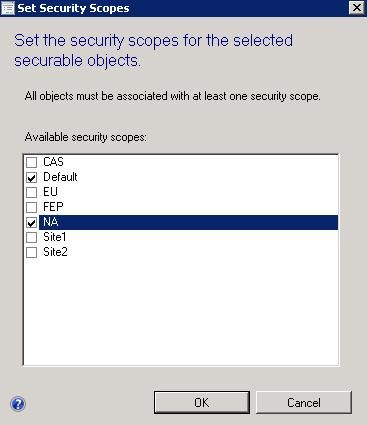 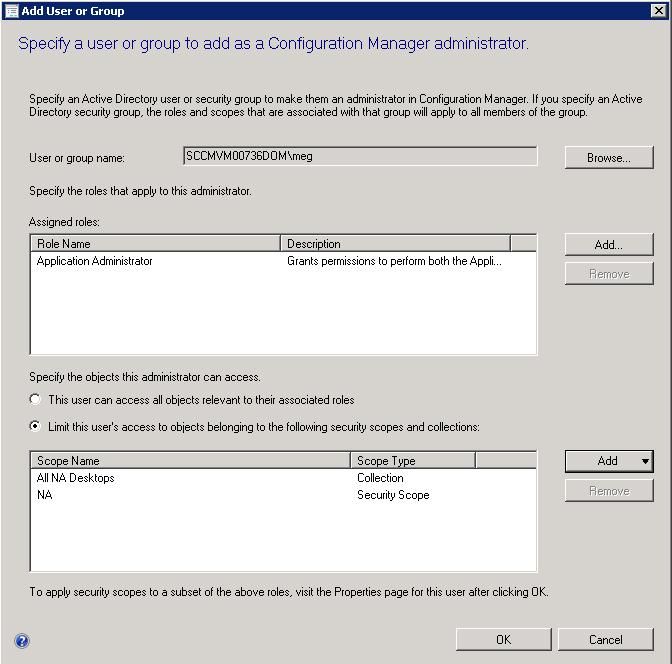 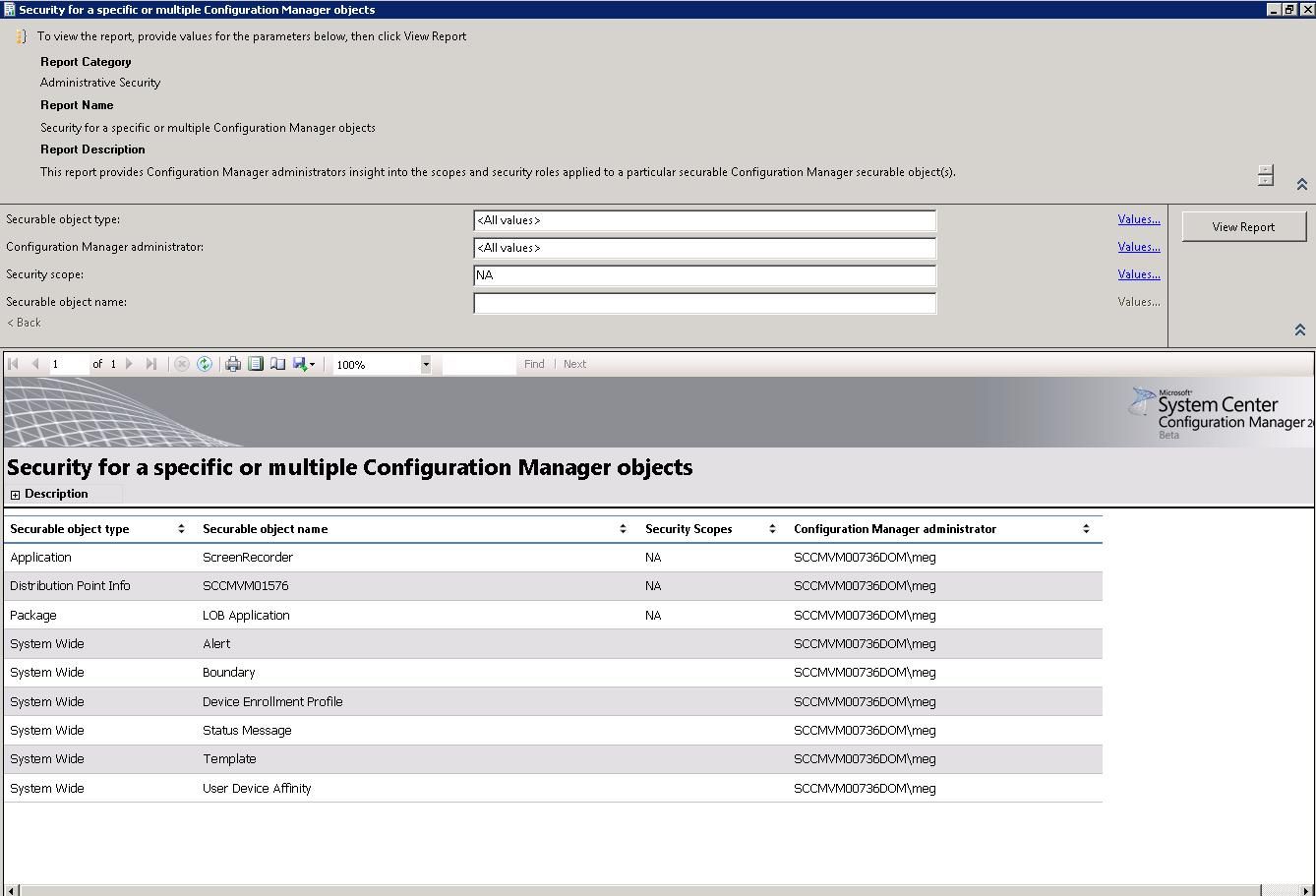 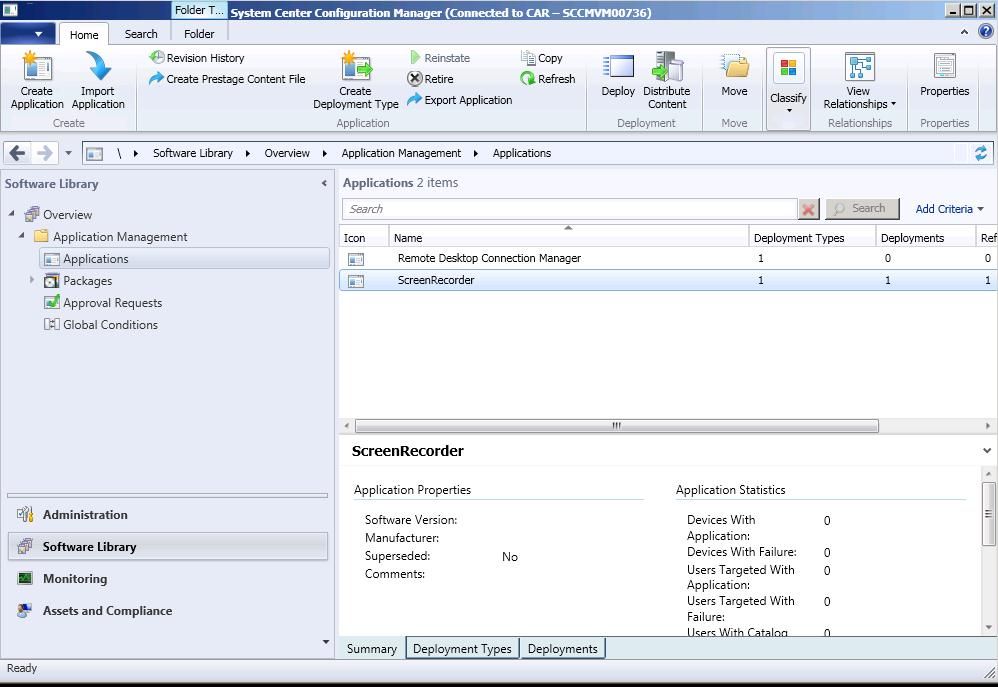 
This posting is provided "AS IS" with no warranties, and confers no rights.