Turn on suggestions
Auto-suggest helps you quickly narrow down your search results by suggesting possible matches as you type.
Showing results for
Show  only  | Search instead for
Did you mean:
ConfigMgr Current branch (1810+) guidance for the SQL CE levels with various SQL versions
By 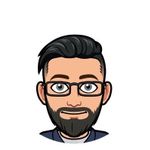 So first things first before I bombard with Jargons on SQL to a non-SQL ConfigMgr admin.

What is CE or Cardinality Estimation?

If you are reading this, I hope you might have already come across scenarios in ConfigMgr where you have had to manually change the Cardinality Estimator in SQL to a lower level or Legacy version which makes the performance better at times.

Why does this happen?

The ConfigMgr Provider queries have been written and tested with older version of SQL. So it is possible that a provider query on a new SQL version chooses not so optimal execution plans.

Given the nature of the issue, It was technically not feasible to test innumerable SQL queries for each SQL version and correct the code for each of them.

So what did we do then?

ConfigMgr team decided to simply run the Provider queries on a lower CE level (110) on which they are supposed to be performing well.

How is it implemented?

We simply want ConfigMgr Admins not touching those CE levels and hence we let ConfigMgr code do the best for us.

On the remote providers you will now see a registry

We just hope most people won’t need to do this anymore after 1810.

Having said all the above, there are still some Provider queries that seems to be performing bad at 110 and better at the latest CE level.

The “ConfigMgr backend” queries which run better at the legacy CE level than the latest CE level.

What options are there for folks who want to run Provider queries with latest CE level after 1810?

What options for making the “ConfigMgr Backend” queries with legacy cardinality ?

In the above example, replace < CM_DB > with your Configuration Manager site database name. To change the CE compatibility level to a different level, change the value in

Disclaimer: This posting is provided “AS IS” with no warranties and confers no rights.