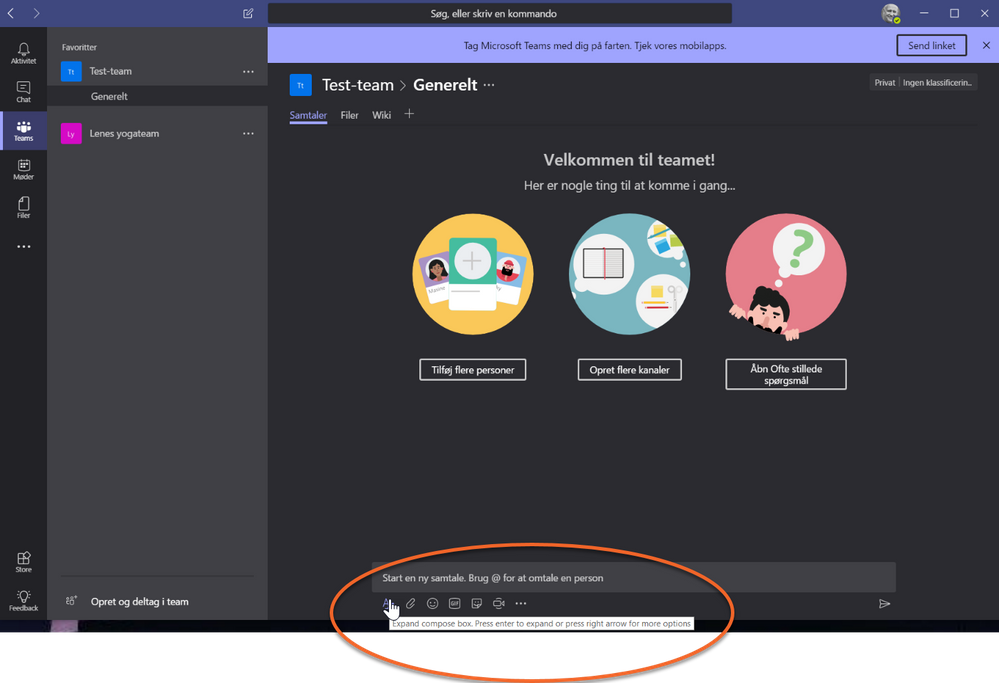 Missing translation in tooltip for both expanding and collapsing the compose box (only expanding is shown in the screenshot).

Unable to see the About information but latest.

RE: Missing translation in Danish Teams (Desktop for Windows 10)