I tried to import a CSV file in Data Streamer. That works fine. However, I have some notes for the file open dialog. When clicking on the menue button for importing a CSV file, it looks like the following screenshot - in this case a German Excel version on a German Windows 10 system. 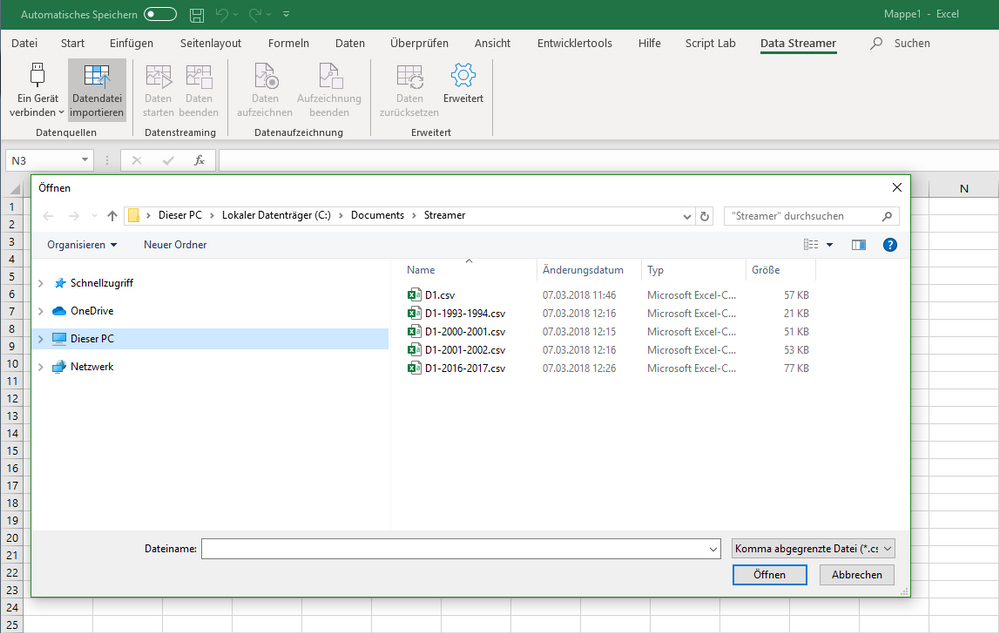 The file open dialog goes to the background in some cases - for example let's say, Excel is maximized on the screen and the import dialog has been opened as shown above. Now I open for example the Windows Explorer and maximize that window too. For getting back to Excel, I click on the Excel icon in the task bar. The Excel window is shown, but the file open dialog remains in the background behind the Excel window. After some time Excel complains, that it's waiting for an OLE action. You can not click in the Excel window, as it's locked by the file open dialog. The only way I found to get the dialog back, is to use Alt-Tab. It would be better, if the dialog stays in the foreground - like the Excel Open File dialog does.

Dear @Mourad Louha, the translation has been corrected to "Trennzeichen getrennte Datei (*.csv)". Thanks for notifying us, as always. Janna