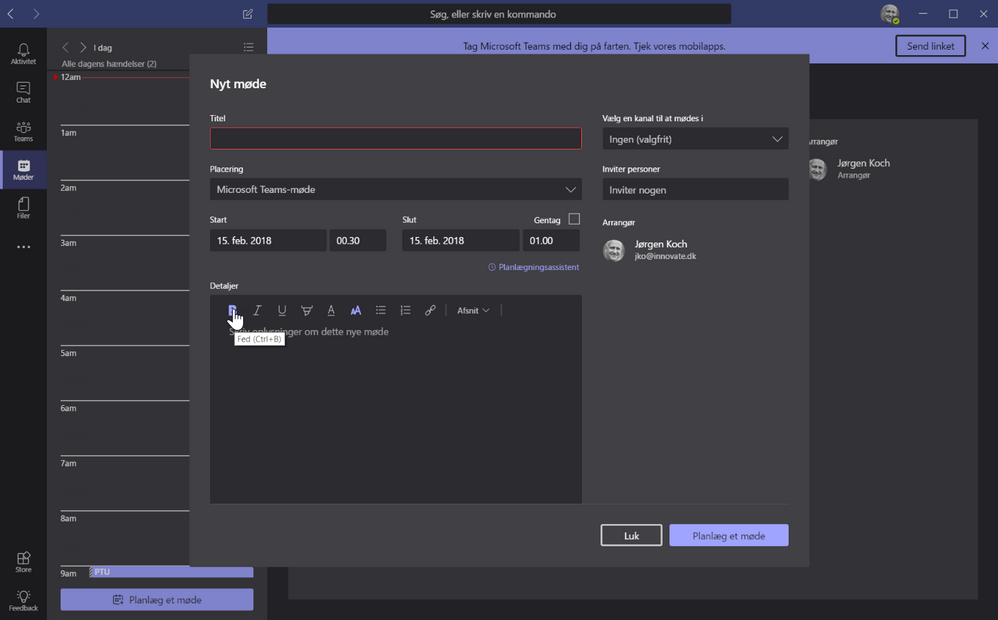 The "B" button in the UI should be changed to "F" and the shortcut key changed to Ctrl+F to be consistent with desktop apps.

F - with Ctrl+F as shortcut key

B - with Ctrl+B as shortcut key

RE: Bold button in Danish Teams